Utah’s busiest park faces one of its busiest weekends 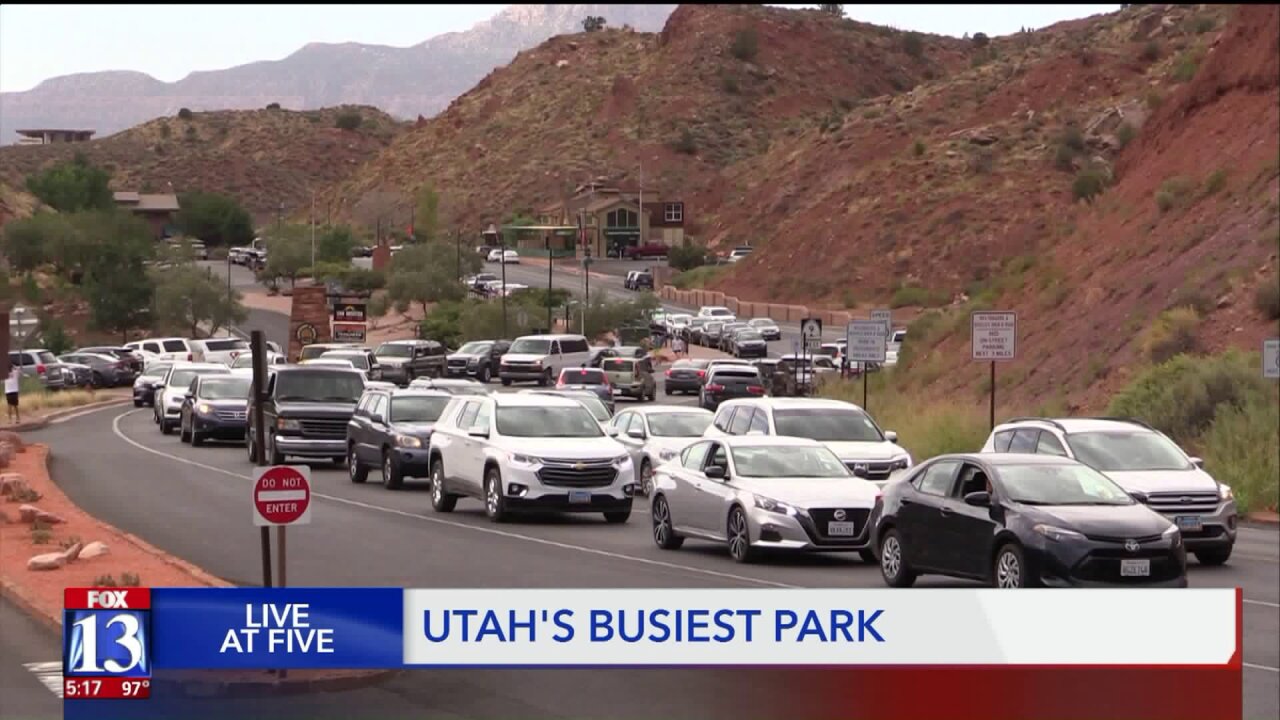 SPRINGDALE, Utah — Zion is the nation’s fourth most visited national park, but geographically, it’s much smaller than the others at the top of the list.

In other words, Zion National Park is crowded — especially on holiday weekends in the summer.

“More crowded than I thought it would be,” said Jim Hobin, a father from New Jersey visiting with his two adult sons.

“The trails that we really wanted to go down we couldn't, so we had to hike some of the more popular ones,” Jim's son Keith Hobin said..

In July, more than 600,000 people passed through Zion’s gates, with August expected to see fewer, but not by much.

“We waited in line for probably about an hour and a half to get on that first shuttle,” said Shana Rogers from Reno.

Park staff prepared for the onslaught, sending out notices that they would meter the hikers going up more popular and rugged trails like Angels Landing. They said they expected some to wait as long as three hours before starting the trek.

Zion’s crowds dissipate dramatically in the winter. Visitor totals for January and February have been close to 100,000 in recent years.