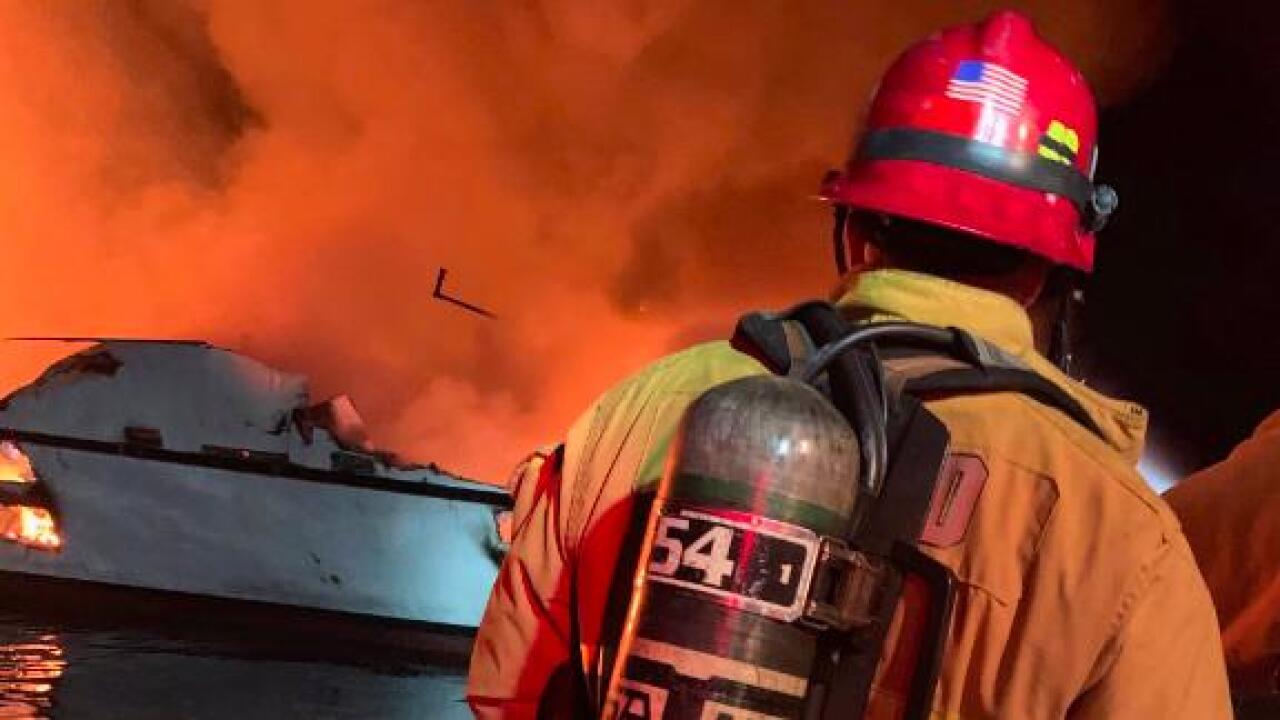 There are fatalities on a 75-foot commercial dive boat that caught fire early Monday off the coast of Santa Cruz Island in Southern California, and authorities are struggling to extinguish the blaze, officials said.

The dive boat Conception was carrying at least 39 people, officials said. Though Ventura County spokesman Bill Nash confirmed there were multiple fatalities, he said he did not have the exact number casualties.

Rescuers were able to save five crew members who were in the main cabin, but 34 more passengers were below deck in the berthing area that’s primarily used for sleeping, the Coast Guard’s Aaron Bemis told CNN.

“The report that we got is that they were trapped by the fire,” Bemis said. “The fire was so intense that even after it was put out, we’re not able to actually embark the vessel and look for survivors at this point. It’s still ongoing.”

Bemis could not confirm any fatalities, he said.

A group of crew members, one with minor injuries, were among the rescued, the Coast Guard said. Four of them are being taken ashore, while the Conception’s captain has opted to remain on the scene, Coast Guard Chief Warrant Officer Josue Mendez said.

Firefighters are having difficulties snuffing out the fire, Bemis said, because each time it’s extinguished, it flares back up — perhaps because of the fuel on board.

Foggy conditions are complicating the rescue operation, he said.

“We’re still holding hope that someone may have swum to shore,” Eliason told CNN. “When they anchor overnight, they’re pretty close to shore. We have to hope, but we plan for worst-case scenario.”

The boat is about 20 miles off the coast, in the Channel Islands National Park. The US Coast Guard reported it was near Santa Cruz Island.

The cause of the blaze was not immediately clear.

Conception is based out of Santa Barbara Harbor, according to harbor patrol officer Nathan Alldredge.

Authorities responded to a call for fire and rescue support in the Platts Harbor area of Santa Cruz Island before 4 a.m., he said. When they arrived, they found “at least 30 passengers on board and (the boat was) fully involved in flames,” Alldredge said.

According to Truth Aquatics website, which conducts boat charters, Conception left Saturday on a three-day cruise and was scheduled to return Monday afternoon.