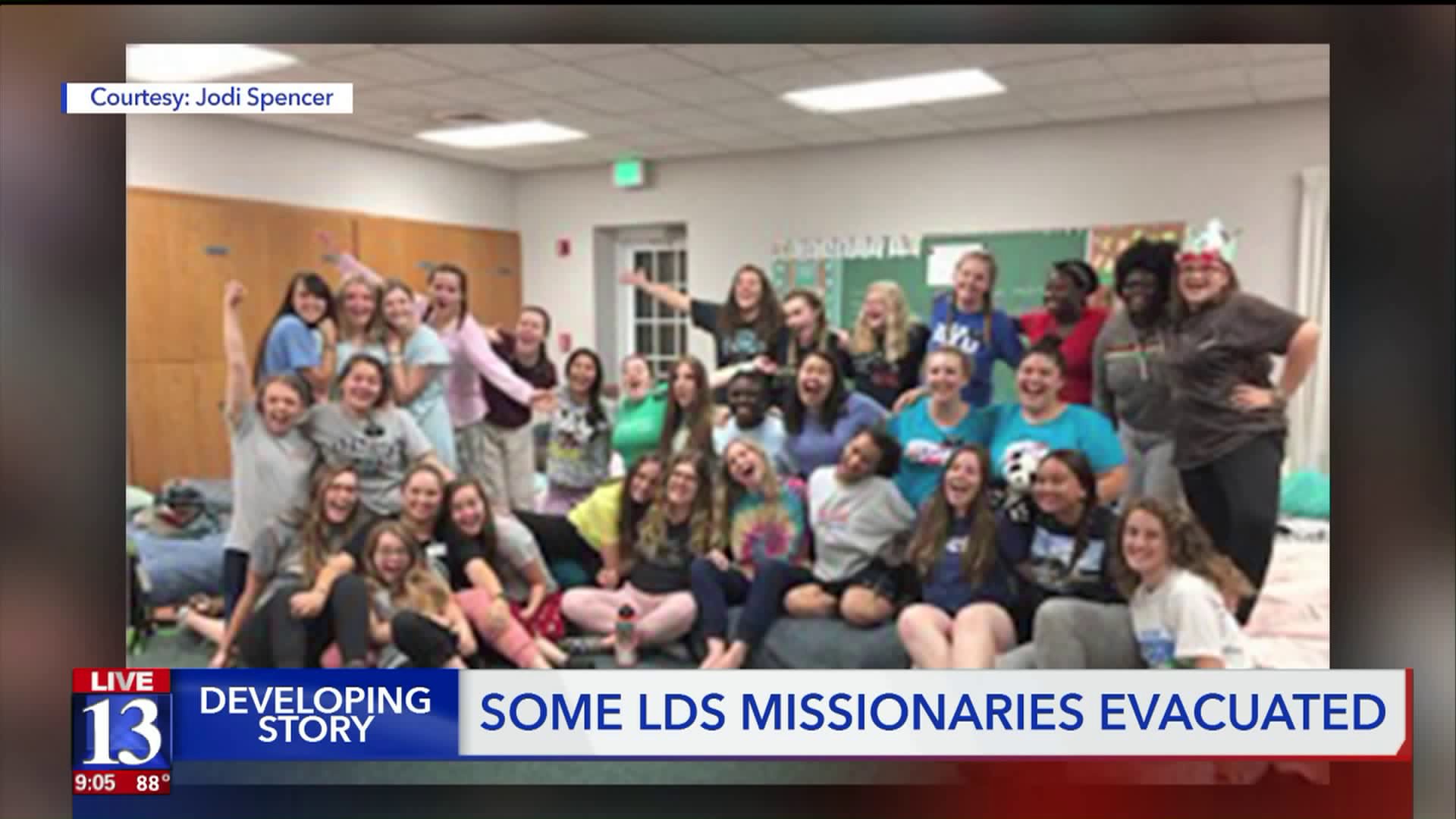 At least three groups of missionaries have been evacuated from the path of Hurricane Dorian. 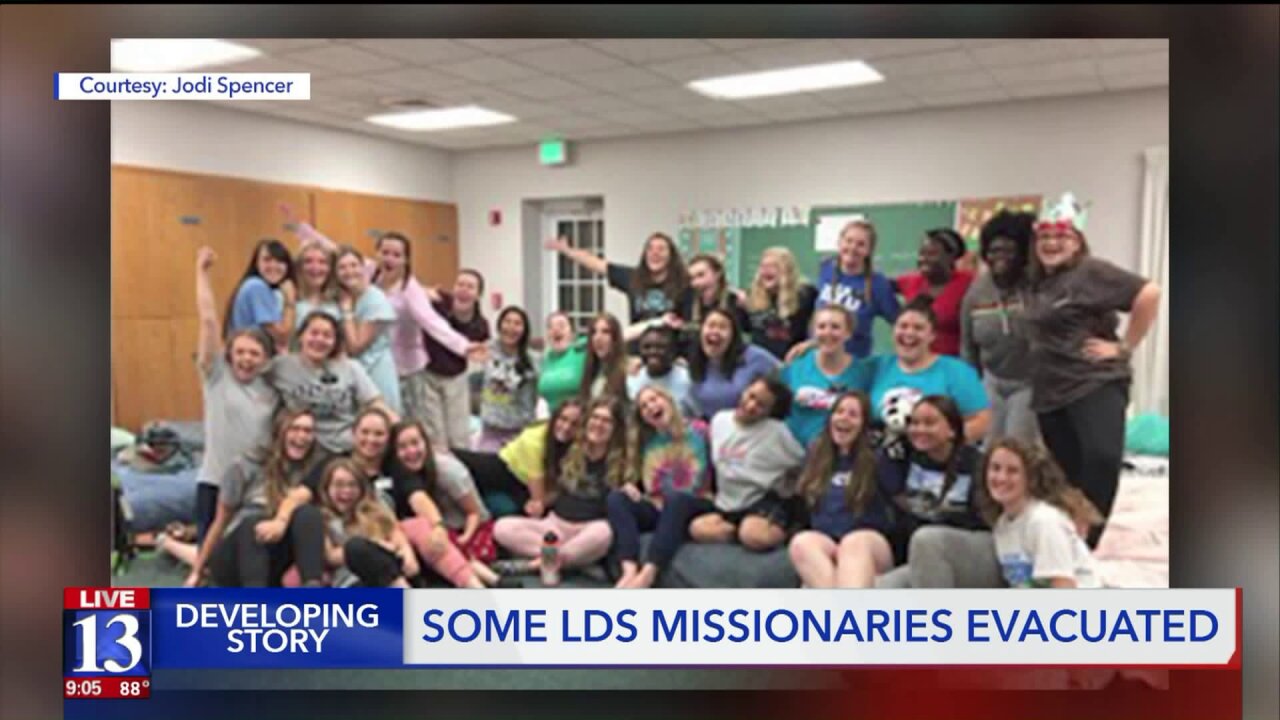 FLORIDA — At least three groups of missionaries for the Church of Jesus Christ of Latter-day Saints in Florida were evacuated due to Hurricane Dorian Sunday night.

Jodi and Jared Spencer’s 19-year-old daughter is serving as a sister missionary in the West Palm Beach area. They received a phone call from her saying she was evacuated.

“She talked about the 60 foot swells in the ocean, the sky was gray and dark and the wind was blowing, so you knew it was coming,” Jared said. “She was a little nervous, but she knew there was going to be a lot of service with the devastation of homes.”

The Spencers said their daughter has spent the last week or so helping the Florida community board up for the storm.

Now evacuated, the missionaries are waiting it out at a meetinghouse.

“We got an email earlier today from the mission president’s wife that stated Kenzie and some of the girls had put a list of activities together,” Jodi said.

As the storm intensifies overnight, the Spencers said they trust in their daughter’s safety and in the purpose of her mission — they’re worried, but they know their daughter is strong.

“The missionaries are there for a reason and we definitely feel that they are watched over and protected,” Jared said.

Depending on how bad the storm is, the Spencers said they should hear from their sister missionary Tuesday or Wednesday to check-in.

No official statement has been made, but a spokesperson with the Church of Jesus Christ of Latter-day Saints said: “All missionaries in the path of the hurricane are safe and accounted for and took appropriate safety measures prior to the storm.”