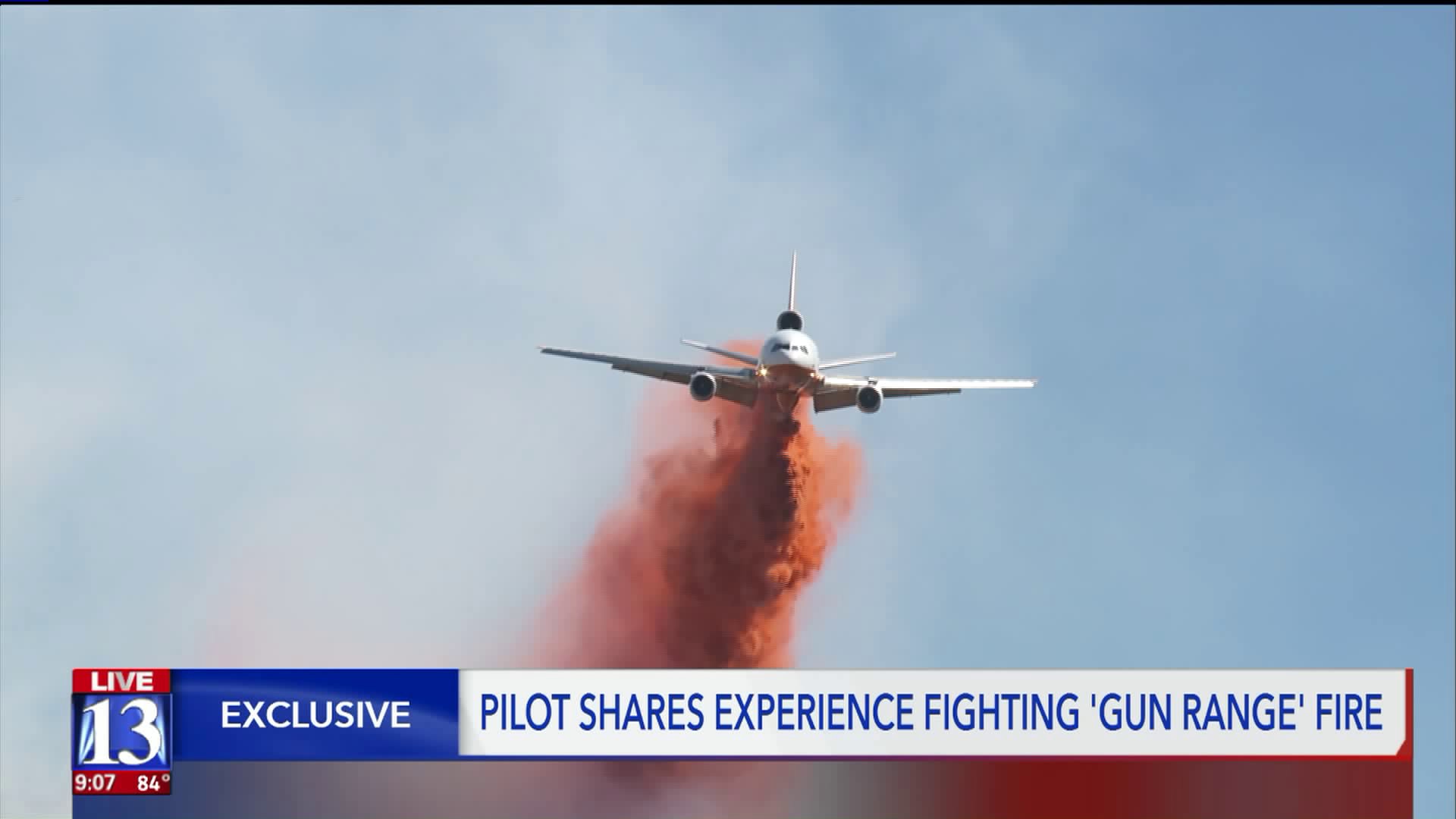 Capt. R.K. Smithley was the pilot of the air tanker that made a massive drop of fire retardant on the Gun Range Fire in Davis County, Utah on Friday. 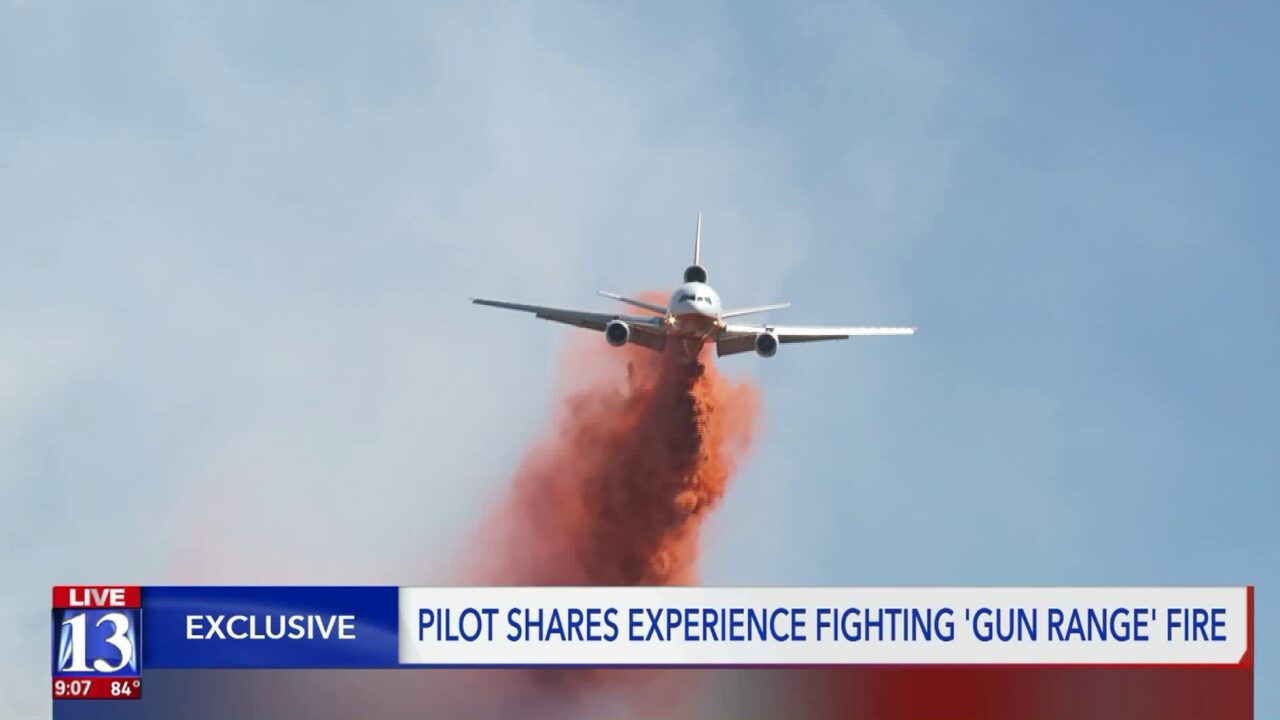 POCATELLO, Idaho — The "Gun Range Fire" is now 100 percent contained thanks to intense firefighting efforts on the ground and from the air.

A DC-10 air-tanker dropping fire retardant on the mountain played a critical role in containing the flames' spread.

The airplane used to be a commercial airliner carrying around 350 passengers. Now it carries 9,400 gallons of fire retardant. Capt. R.K. Smithley flew the plane over the mountainside in Davis County and dropped that retardant on the "Gun Range Fire" Friday.

Smithley has piloted the plane for five years after serving as a firefighter for almost 20 years.

"The objective, if you will, is to keep these things from growing into monstrosities that you end up working for weeks," he said.

Flying over the Gun Range Fire, Smithley said he and his crew were aware that three homes had already been lost to the flames.

"That kind of weighs on us, but once you get into the drop, you just focus on the task at hand and put the retardant exactly where they want it," he said.

By the time Smithley and his DC-10 tanker arrived, other single tankers had already dropped a few retardant lines. Smithley's objective was to extend those lines to create a defensive wall against the fire.

He said flying in a valley with mountains and canyons makes the drop particularly complicated.

"You're kind of threading needles, really, to get in proper position with the lead plane," Smithley said.

Each drop contained about 85,000 pounds of red retardant. Losing that kind of weight so suddenly made the plane rise up.

"I was yanking it back pretty good on that one," Smithley said. "Sometimes you have to do that to get the line up proper. We were turning in tight on the mountain and coming in on a descending drop."

It took three drops to accomplish their goals in assisting the firefighters on the ground before the crew flew back to their station in Pocatello, Idaho.

"Our last drop was kind of a direct run, which really kind of squashed it," Smithley said. "It's nice to see when you can put a stop on a fire and really do a lot of good. It's very gratifying."

There are DC-10 tankers across the country. They are the largest aerial firefighting tools in the U.S. Forest Service arsenal.