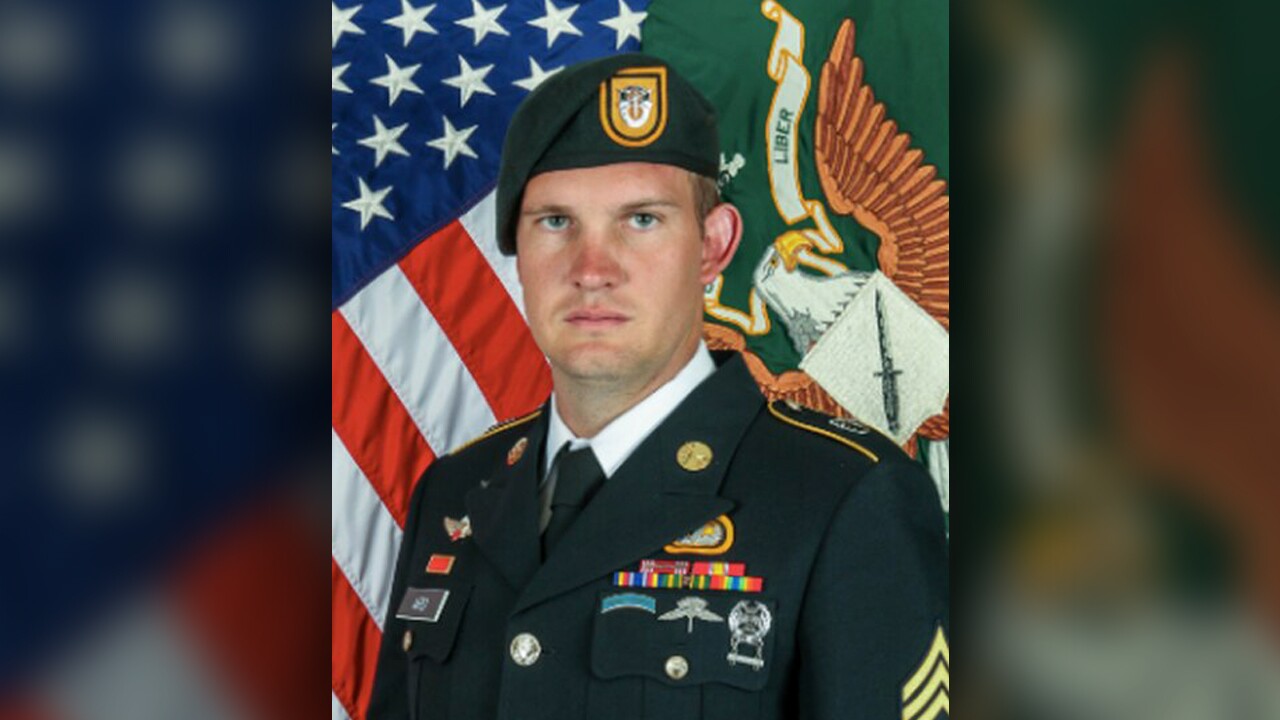 An Idaho man was killed in combat Thursday in Afghanistan, according to the Department of Defense.

Sgt. 1st Class Dustin Ard died from wounds sustained during combat operations. He was born in Idaho Falls, Idaho and enlisted in Hyde Park, Utah in 2011.

Ard, 31, was assigned to the 2nd Battalion, 1st Special Forces Group at Joint Base Lewis-McChord, Washington, the DOD said in a statement.

“We received news that we lost our son Dustin in Afghanistan,” said his father, Bruce Ard, according to a Facebook post Friday by Idaho State Rep. Rod Furniss. “My heart has a hole so big I can hardly stand it. He was the finest young man I have ever known. Not because he was my son but because (of) the person he is. A great son, brother, father, and husband.”

Bruce Ard went on to say that his son “loved his country and was the kind of person we should all be. Son, I Love you and know we will see each other again. I will miss you every day I live without you. Love Dad.”

They died as a result of “wounds sustained from small arms fire while engaged in combat operations,” in Faryab province, Afghanistan, the Department of Defense said in a statement.

Both men, who were posthumously promoted to master sergeant, were assigned to the 1st Battalion, 7th Special Forces Group (Airborne), based at Eglin Air Force Base in Florida.

News of another American casualty in Afghanistan comes one day after President Donald Trump said he is planning to withdraw thousands of US forces from the country but will keep 8,600 troops there, at least for the time being.

“We’re going down to 8,600 and then we make a determination from there as to what happens … we’re bringing it down,” Trump told Fox News Radio Thursday, again repeating that the US “could win that war so fast if I wanted to kill ten million people there … which I don’t.”

The US currently has about 14,000 service members in Afghanistan, alongside NATO troops, helping to train and advise Afghan troops and conducting counterterrorism operations. The peace plan is expected to formalize a significant withdrawal of US forces after nearly 18 years of war.

But Trump stressed that the US will maintain a troop presence in Afghanistan despite the withdrawal.

“You have to keep a presence,” he said Thursday, adding that the US would be reducing troops “very substantially.”

On Wednesday, the top US general said he is “not using the ‘withdraw’ word right now” in regards to Afghanistan, as US and Taliban negotiators reportedly near a deal.

Gen. Joseph Dunford, chairman of the Joint Chiefs of Staff, said any agreement with the Taliban must ensure that Afghanistan does not become a “sanctuary” for extremists. “I think it’s premature, I’m not using the ‘withdraw’ word right now,” he said. “We’re going to make sure our, that Afghanistan’s not a sanctuary.”