Hurricane Dorian threatens disaster in the Bahamas, with Florida, Georgia and the Carolinas in its sight 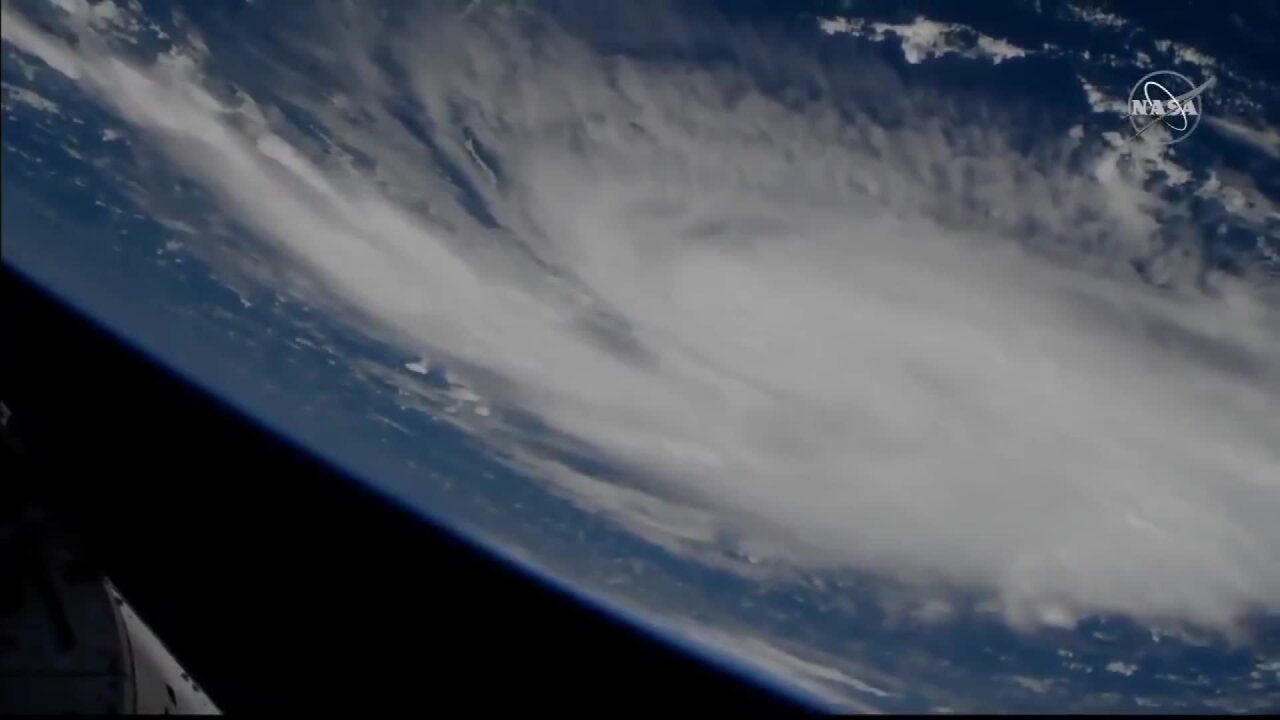 An image of Hurricane Dorian from space, taken by NASA

Hurricane Dorian is set to pummel the northwest Bahamas this weekend with potentially catastrophic wind and storm surge before threatening the coastal US Southeast, from Florida to North Carolina, next week.

Dorian, a Category 4 storm Saturday afternoon with sustained winds of up to 150 mph, is expected to deliver its full wrath late Sunday and early Monday near the Abacos Islands and Grand Bahama, areas where some 73,000 people live. The storm was moving about 8-9 mph Saturday afternoon, CNN Meteorologist Chad Myers said.

Prime Minister Hubert Minnis called for residents of those places to leave for shelters in the central Bahamas.

“If you wait until tonight, it will be too late,” Minnis said Saturday. “Time is not on our side.”

Models show the hurricane staying in the Bahamas for 24 hours or longer, lowering the storm’s intensity before its makes a right turn and heads north, Myers said. He said it’s “almost like using your blinker for 24 hours and than finally making the turn.”

Dorian’s forecast track has become murky for the United States. While landfall is possible along the East Coast from Florida to the Carolinas, many models project it staying just off Florida’s coast Tuesday, then skirting the coasts of Georgia and North and South Carolina, with any landfall as yet uncertain.

Still, a major hurricane hovering just off a US coast could cause life-threatening damage.

• Around 2 p.m. ET Saturday, Dorian was about 205 miles east of Great Abaco, Bahamas.

• The northwestern Bahamas — including the Abacos Islands and Grand Bahama — will start feeling tropical-storm-force winds (39 mph and higher) Saturday night or Sunday morning.

• Life-threatening storm surges of 10 to 15 feet could crash Sunday into the Abacos Islands and Grand Bahama, the National Hurricane Center said.

• The northwestern Bahamas also could get 10 to 25 inches of rain, the hurricane center said.

• Dorian’s forecast track has shifted east since Friday, meaning a landfall in Florida less likely, but not out of the question.

US Southeast coast expected to get walloped, with or without landfall

For the US, there’s a lot of uncertainty in the forecast, with the storm days away from the coast.

If it stays far enough offshore, Dorian could spare Florida its most destructive winds, but still drop plenty of rain.

“If we only get waves and a little bit of wind with this, we still will get tremendous flooding, but we’re not going to get the wind damage … of 150 mph winds like we saw” with Hurricane Andrew in 1992, Myers said Saturday afternoon.

One Orlando resident is taking some creative precautions.

Pete Werner said he was riding out the storm at home but is sending his mother to Walt Disney World. He said it’s the “safest place” to be in hurricane in Central Florida.

“Their hotels are built to exceed Florida building codes so they’re built to withstand a category 5 hurricane,” he said. “It’s a self contained city.”

Werner said he didn’t want his 88-year-old mother to be sitting in the heat if she loses power.

“I’d rather her ride it out in luxury over at the BoardWalk,” he said.

Dorian’s center could move along the coasts of Georgia and the Carolinas Wednesday and Thursday, hitting areas with storm surges and heavy rain.

Officials have warned for days about the hurricane’s potential impact in Florida, and residents have responded by stocking up on supplies and making evacuation plans. States of emergency have been declared in Florida, Georgia and South Carolina.

President Donald Trump said he will attend a Sunday briefing at FEMA headquarters, where they will likely make decisions about whether to evacuate parts of Florida. Dorian looks like it “can be an absolute monster,” Trump said.