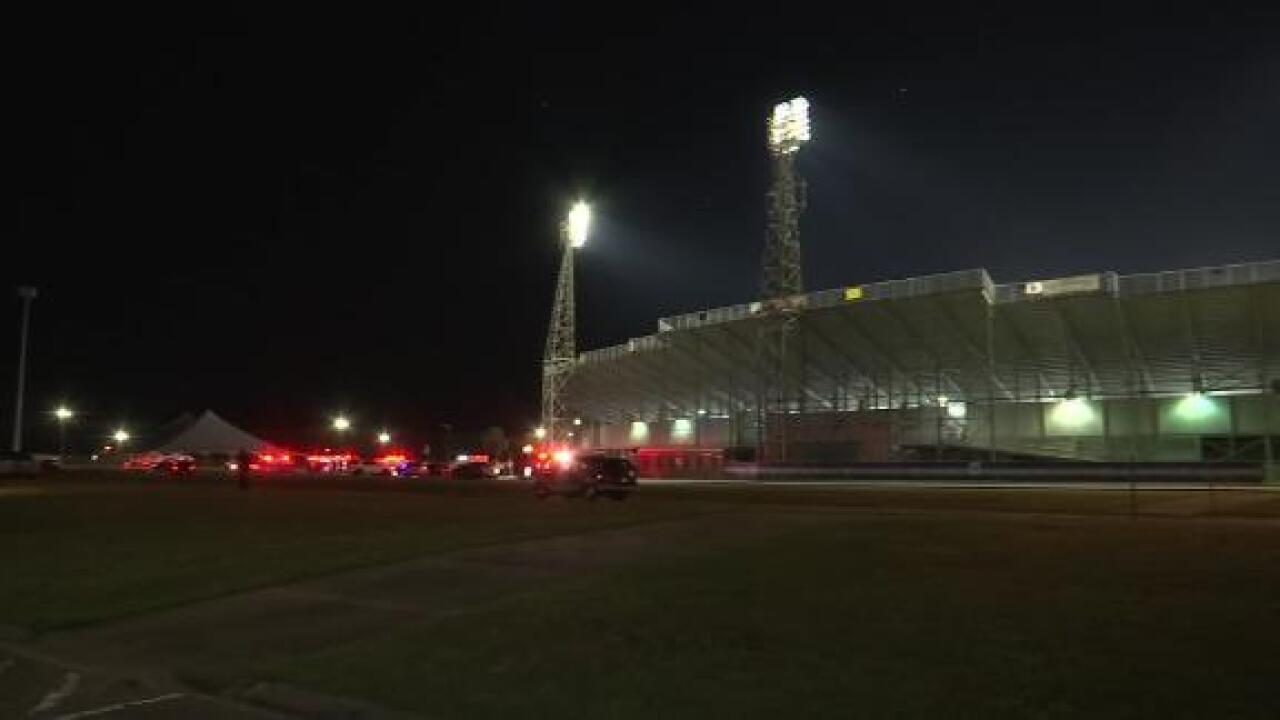 Gunfire broke out after a high school football game in Alabama late Friday, leaving 10 teens injured, half of them critically.

The victims in the shooting in Mobile ranged in age from 15 to 18, police said. They were at Ladd-Peebles Stadium for the game between LeFlore and Williamson high schools when shots rang out, Mobile Police Chief Lawrence Battiste told reporters.

Of the nine people shot, three remained hospitalized Saturday afternoon, Battiste said at a news conference. Injuries to the 10th teenager were not known..

Deangelo Parnell, 17, turned himself in Saturday, according to a Mobile police news release, and has been charged with nine counts of attempted murder.

Parents whose children were at the stadium and are missing should call local hospitals, Battiste told CNN affiliate WKRG, adding that the city will not tolerate shootings at public events.

“Why are the young people bringing this type of violence to public events. They’re bringing their beefs that they have with each other in their neighborhoods and they’re putting other people in harm’s way,” he said. “This is unacceptable for people to not to be able to come out and enjoy an event.”

It is unclear whether there was a fight before the gunfire and police are interviewing witnesses at the scene, he said.