U of U marks 9th straight victory against BYU 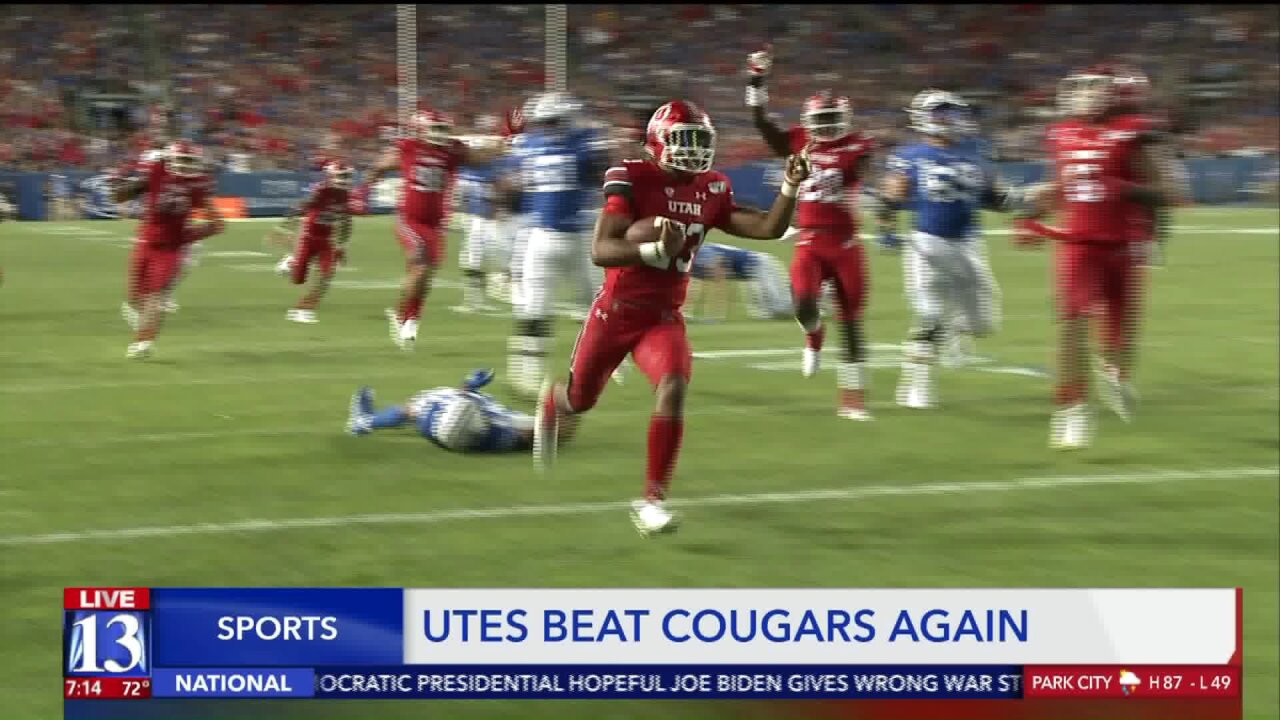 PROVO, Utah — Utah beat BYU 30-12 for their ninth straight win in this rivalry. Zack Moss ran for 181 yards and a touchdowns, leading the 14th ranked Utes to a win in the season opener for both teams.

Three BYU turnovers led to three Utah touchdowns. Francis Bernard returned an interception for a touchdown to put the Utes up 9-3 in the second quarter, and the Utes led it 9-6 at halftime.

The Utes opened the second half with a touchdown drive, capped by a 2-yard touchdown run by Jaylon Dixon to put Utah's lead to 16-6. Two more turnovers were costly for BYU in the fourth quarter. Mika Tafua recovered a BYU fumble, and three plays later Moss had a 4-yard touchdown run for Utah. Then, Julian Blackmon returned an interception for another touchdown to put the Utes up 30-6.