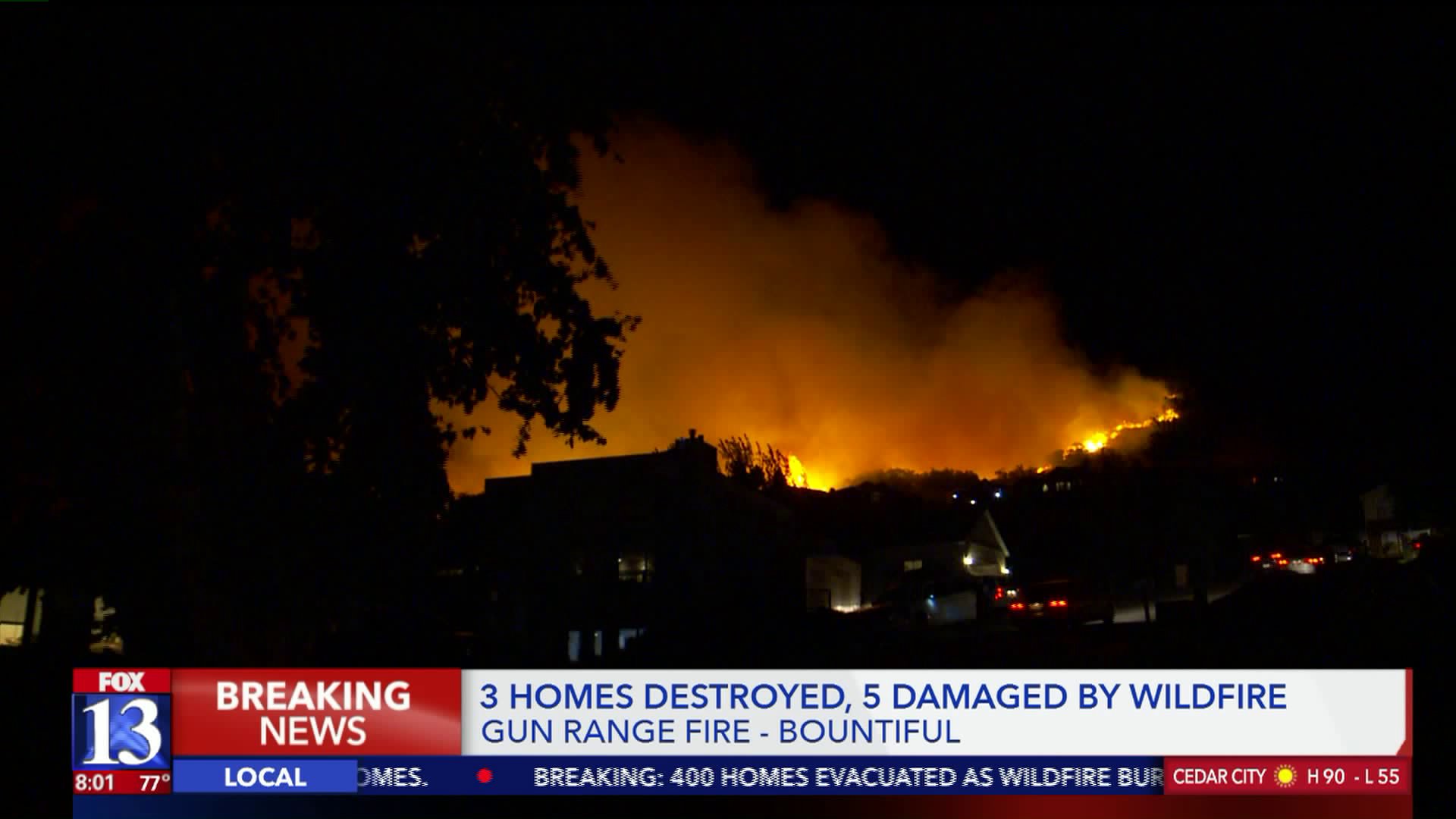 A fire in Bountiful destroyed homes and evacuated hundreds of people 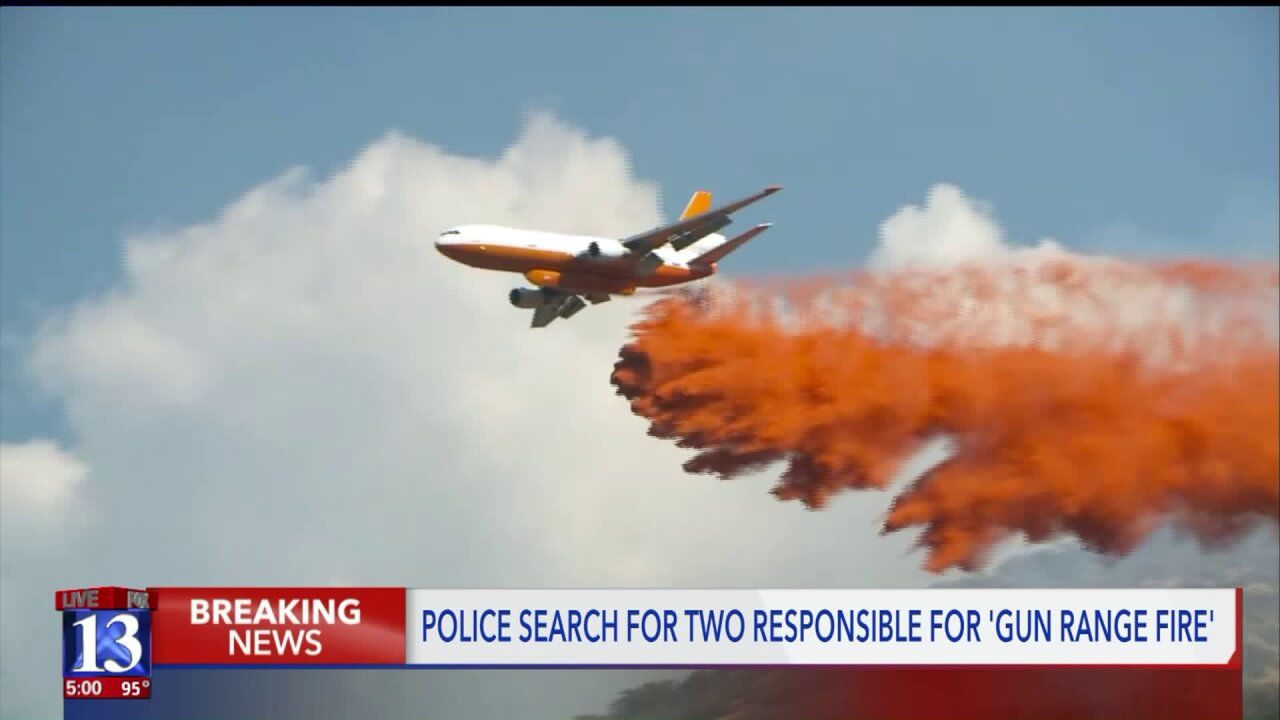 BOUNTIFUL, Utah — Three homes were destroyed and hundreds of homes were evacuated Friday morning due to a wildfire on the eastern side of Bountiful and Centerville.

Officials with the Uinta-Wasatch-Cache National Forest said the fire was human-caused, and it was started by an abandoned campfire believed to have originated near B-road above the gun range. Bountiful Police are looking for two people who may have been in the area in a small SUV around 1 a.m.

Gov. Gary Herbert took an aerial tour of the fire damage from the state helicopter and met with emergency responders, city officials and those impacted by the wildfire.

Speaking to FOX 13, Herbert pleaded with Utahns not to do anything that might spark a wildfire over the long holiday weekend.

Bountiful City officials said evacuations are in effect in the following areas:

Those evacuations, which affect about 240 homes, will remain in effect until Saturday morning.

"We get the down-draft winds, down-canyon winds at night and we don't know how windy that will be. So, before we have everyone go back in, we want to make sure that lines are holding good and that's what we don't have folks going back tonight," U.S. Forest Service spokeswoman Kim Osborn said of the evacuations.

One of the homes that were destroyed is on Edgehill Dr., and two others are close to 1000 N and 1000 E. No injuries have been reported.

About 400 homes were placed under a mandatory evacuation Friday morning, according to officials with Utah Wildfire. The evacuation area was decreased to an area covering about 240 homes later in the morning.

About 200 firefighters were on scene Friday morning, but some of those units are now being released.

Schools are operating on their normal schedules in Davis County, however buses will not be entering the area that has been closed due to evacuations.

"The district is also aware of smoke caused by the fire and will monitor air quality conditions throughout the day," The Davis School District wrote.

Evacuation centers were set up at a Latter-day Saint meetinghouse at Center and Main St. in Bountiful.