FOX 13, other news organizations weigh in on open meetings lawsuit 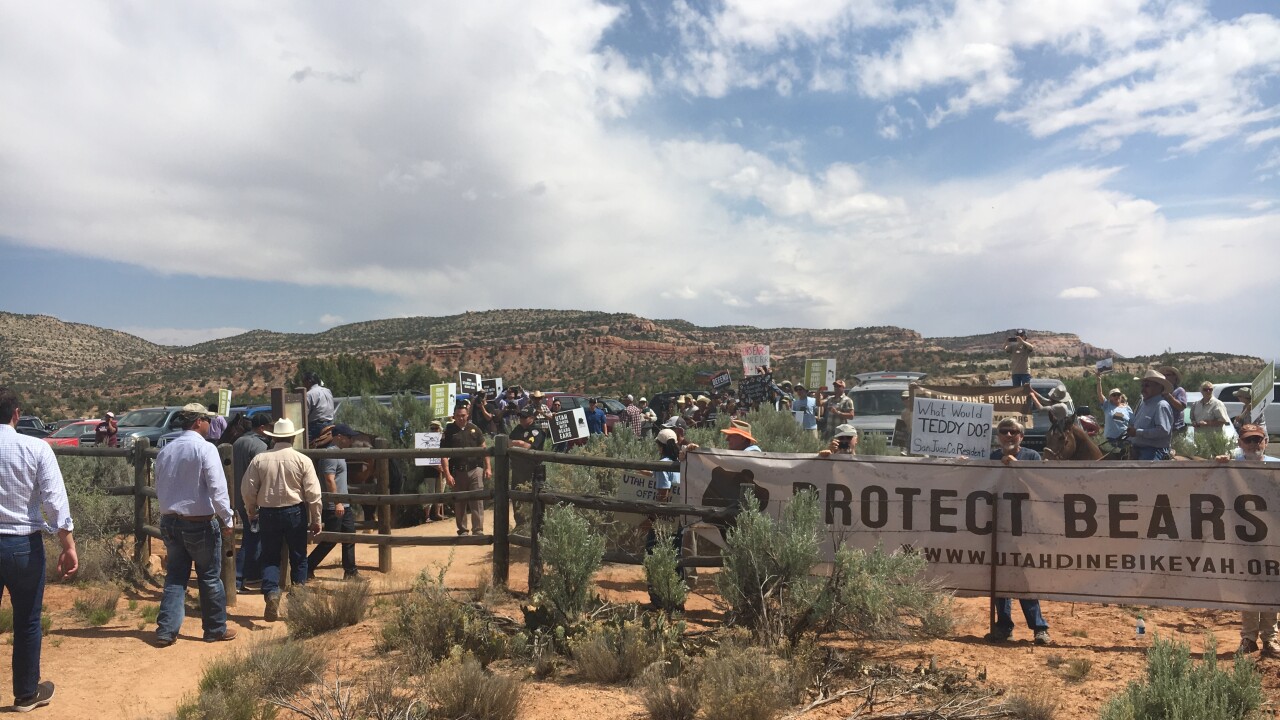 Utah political leaders are greeted by protesters as they return from a hike with Interior Secretary Ryan Zinke in Bears Ears National Monument on Monday, May 8, 2017. (Photo by Ben Winslow, FOX 13 News)

SALT LAKE CITY — FOX 13 and other news organizations have filed a “friend of the court” brief, urging the Utah Supreme Court to preserve open meetings laws.

The Southern Utah Wilderness Alliance has filed a pair of lawsuits against the Garfield, Kane and San Juan County commissions. They allege the commissioners violated Utah’s open meetings laws when they met with then-Interior Secretary Ryan Zinke ahead of President Trump’s decision to shrink Bears Ears National Monument.

Lower courts ruled against SUWA, and it has been appealed to the state’s top court. The judges declared the environmental group lacked standing to challenge the commissioners’ closure of the meeting. In the amicus brief, the Society of Professional Journalists, Deseret News and FOX 13 urge the court to overrule that because it could impact the news media — and the public’s — ability to access public meetings.

“Amici and other journalism organizations in Utah work daily to disseminate truthful and accurate news and information in the public interest, including by reporting on the meetings and actions of public bodies as defined in the Act,” attorney Edward Carter wrote. “Concluding that entities such as Amici—and SUWA—lack standing to raise challenges under the Act would be contrary to the language of the Act as well as other statutory and constitutional provisions.”

The Utah Supreme Court is expected to hear arguments in the appeals later this year.

Read the filing in the Kane and Garfield Co. appeal:

Read the filing in the San Juan Co. appeal: