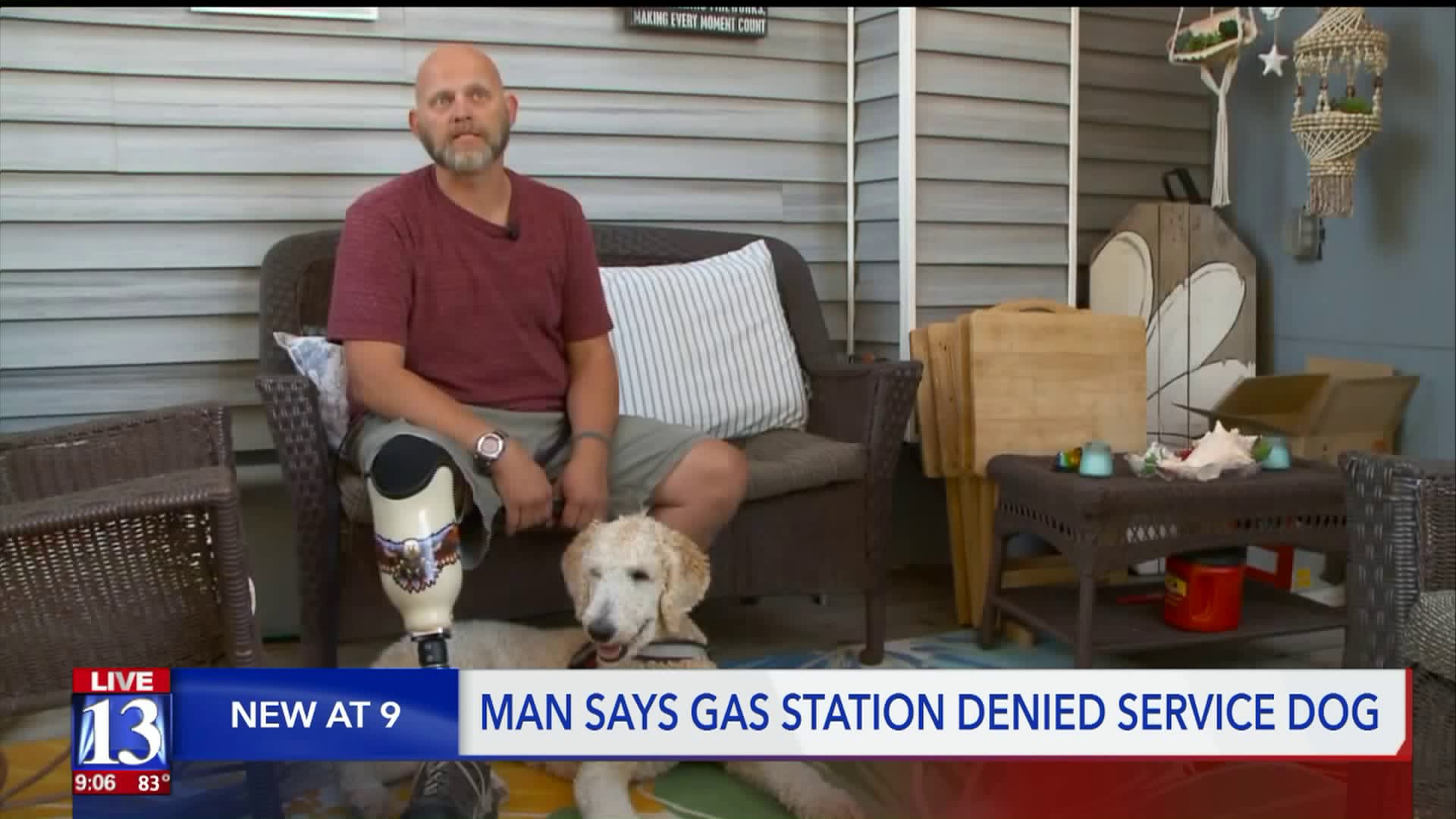 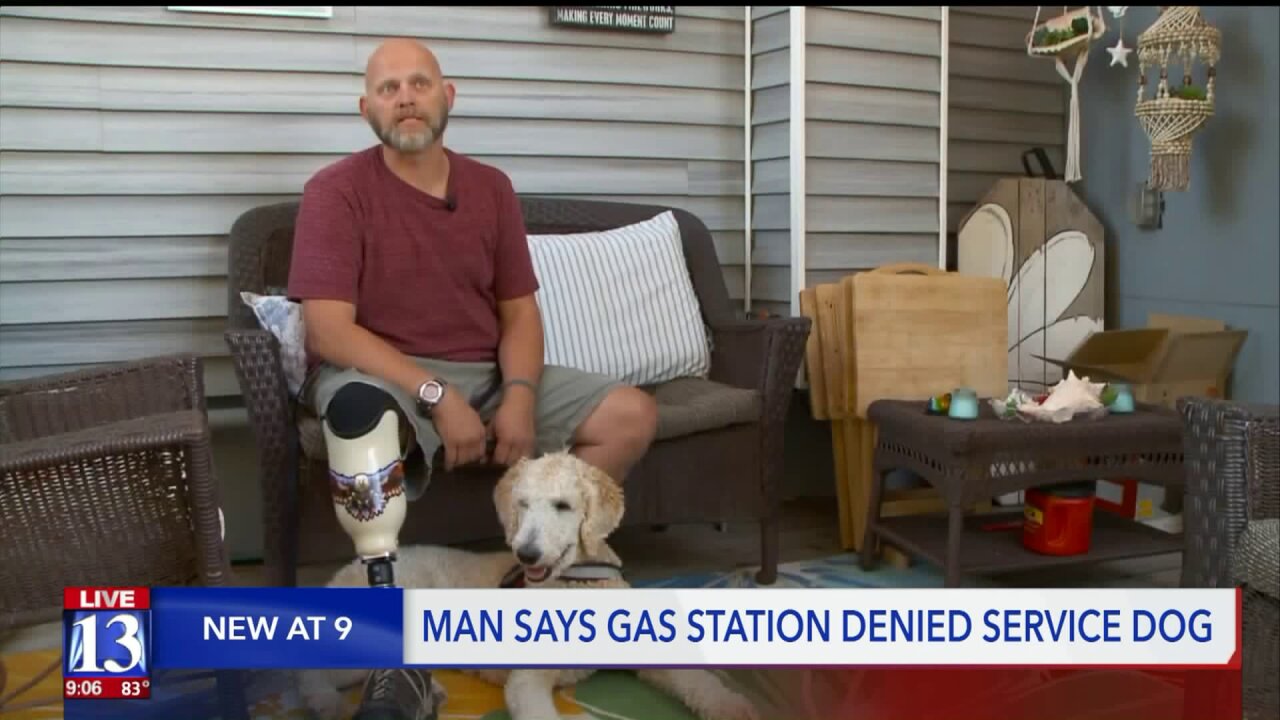 OGDEN, Utah — A disabled man says he was forced to leave an Ogden convenience store because he was with a service dog.

“I’ve been fighting with vascular bone tumors since 2008,” Lott said.

Since losing his leg, Lott relies on his trained service dog “Bowie” to help with balance.

“If I start to fall he’ll brace himself, stiff as a board, and I can utilize that to help not fall,” Lott explained. “We trained him for stability and balance because that's what I needed. I probably spend more time with him in a day than I do my entire family put together.”

The pair stopped inside an Ogden Chevron station for some refreshments during a camping trip Saturday, but they weren’t welcomed by the store’s employees.

“I’m speechless, even now, just speechless to what happened. It was shocking,” Lott said. “I had one employee come up to me and he flat out told me, ‘just get the dog out.’”

Lott says the confrontation escalated from there and he called police after the employees tried to physically remove him and the dog from the store.

“He comes up and kind of starts to push at me and I stopped and said, ‘don’t touch me,’” Lott said of the confrontation.

Lott declined to press any charges for assault, but he hopes his story brings awareness to the laws protecting service dogs.

“I have no issue with Chevron. I’m still going to go there. It’s a knowledge thing,” Lott said. “They got to know more and more people are getting service dogs. They are vital role in a lot of people’s lives.”

According to the Americans with Disabilities Act (ADA), businesses with a no pets policy generally must allow service animals and they are not allowed to ask for documentation.

Lott says this isn’t the first time he’s encountered a business that doesn’t grasp the concept of the ADA laws.

When reached by phone for a comment, the local Chevron declined to provide any details.

Chevron has received the customer’s compliant about this independently owned retail station. We take these complaints very seriously and will thoroughly investigate. Diversity and inclusion are cornerstones of our corporate values and Chevron prides itself on fostering an inclusive environment.