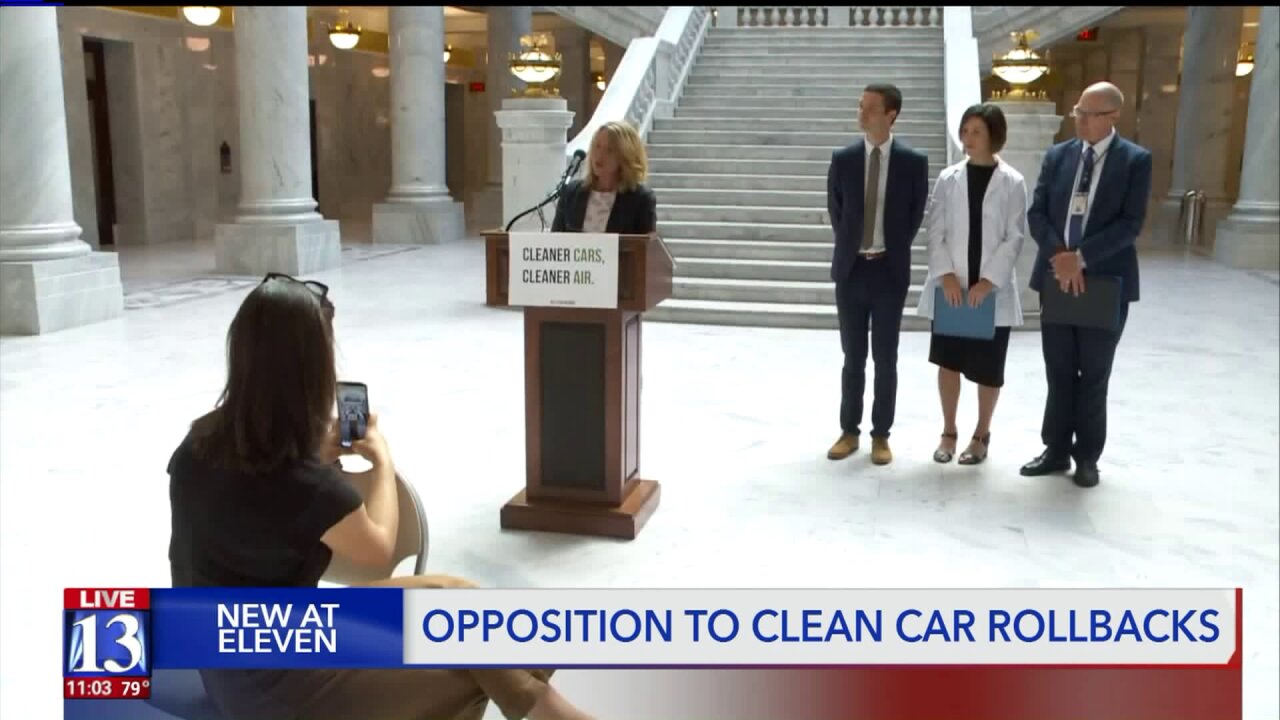 SALT LAKE CITY -- Several local leaders spoke at the Utah State Capitol Wednesday, calling on the Environmental Protection Agency to not go through with the proposed rollback of America’s clean car standards.

State Representative Steve Handy said the EPA has proposed a rollback that would reduce the clean fuel car standards.

“We know that 50 percent of our emissions problems or pollution problems come from tailpipes, so it would be really important to have high standards,” Handy said.

He also said it’s important for the state of Utah to direct its own environment and not for Washington to dictate what we do, saying one standard doesn’t fit every state.

“Give states, allow states the flexibility, and particularly in Utah where we’re moving to tier three gasoline hopefully next year, this isn’t the time to be messing with car standards,” Handy said.

Tammy Bostick with the Utah Clean Cities Coalition says most of our manufacturers have committed to moving forward with the clean car standard and moving that back would be in opposition to where we are as a country.

“I really think that the pushback is going to be very strong, and we strongly support keeping the clean car standard in place and moving forward with it,” Bostick said.

The Utah Clean Cities Coalition said the clean car standards that were put in place in 2012 have been highly successful in protecting the health of families while also saving money at the pump – and they hope the EPA will continue going in that direction.