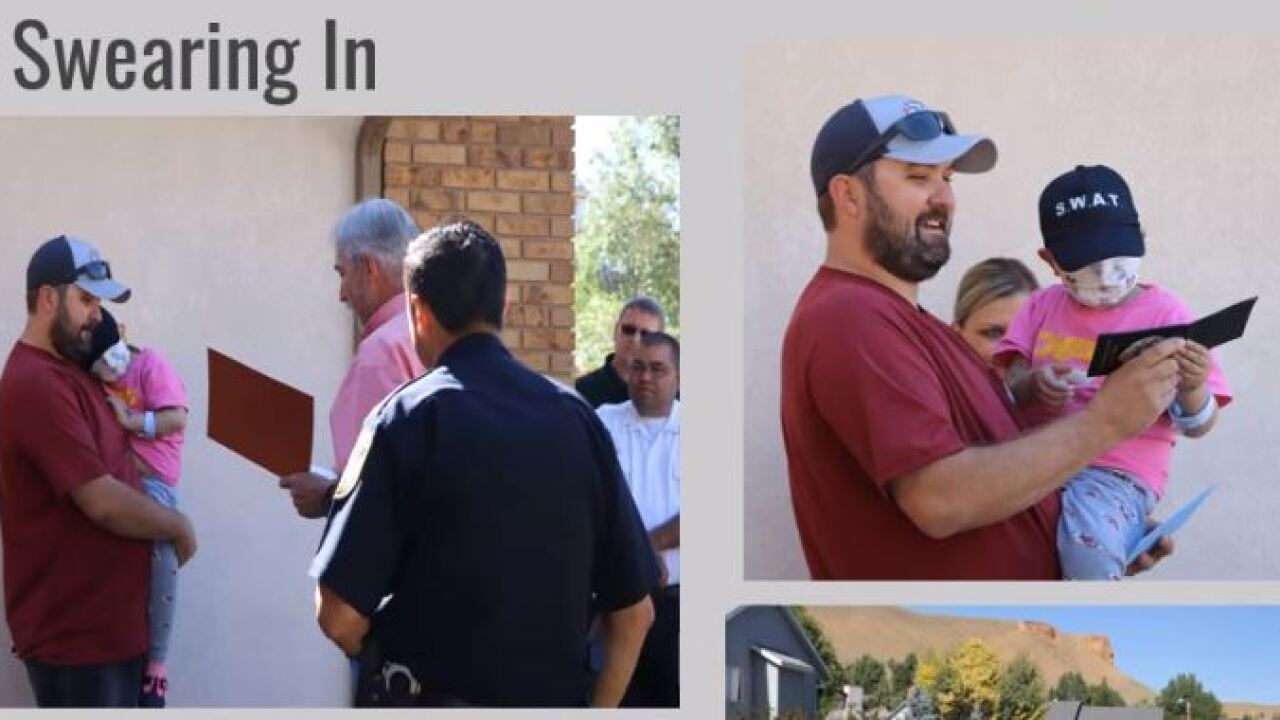 ROCK SPRINGS, Wyo. — A 5-year-old battling leukemia for the second time is the newest honorary police officer in Wyoming.

Green River Police posted a video of the festivities Tuesday, saying Rock Springs Police have taken Kenzie Vaughn under their wing, as the girl has always shown an interest in law enforcement.

Rock Springs Mayor Tim Kaumo signed a proclamation and swore the young girl into the force. Various emergency agencies in the area attended and brought gifts and mementos for Kenzie.

Those mementos included an official Rock Springs Police ID, uniform, challenge coin and badge. She was also presented the key to the city, a firefighters uniform and challenge coins and a plaque.

See the video embedded above for photos from the event.