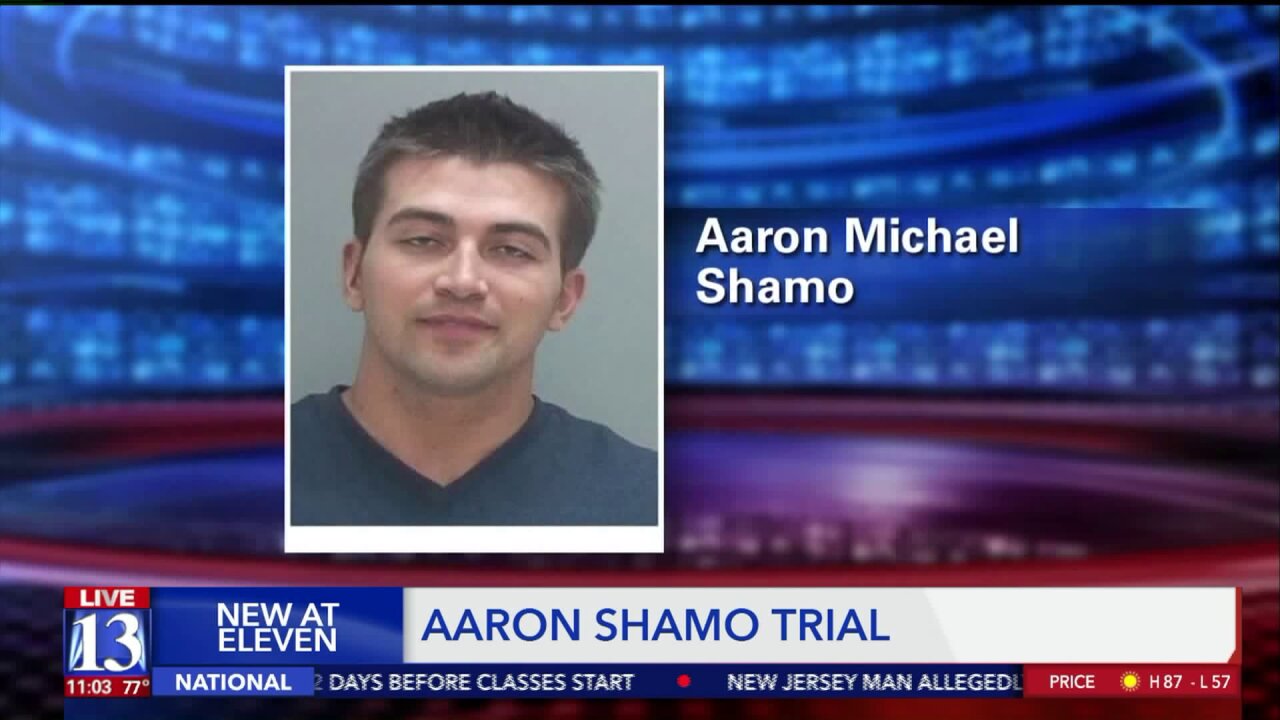 And from day one of this jury trial, defense attorney Greg Skordas is not disputing the fact his client was involved in this illegal operation.

But he also contends Mr. Shamo was no kingpin and that there were several others who were equally culpable.

But Skordas argues those individuals were let off the hook and granted immunity from prosecution as long as they testified against Shamo so federal prosecutors could have a slam-dunk, airtight case.

Aaron Shamo explained to jurors Tuesday morning how he met some of the other key players in this case and how they started their business on a very small-scale, selling their own prescription Adderall on the Internet and making a small profit.

From there they bought a pill press and eventually began using the dark web to import fentanyl from China, making the fake pain pills in Shamo’s Cottonwood Heights home, then reselling them in marketplaces set up on the dark web.

He says multiple players were involved in obtaining the packages of fentanyl from China and others who would then use the Postal Service to ship out the pills. Profit margins became huge and millions of dollars began coming in.

But it all came crashing down when agents raided his home back in November 2016, seizing tens of thousands of pills and a million dollars in cash.

Agents also wound up seizing hundreds of thousands of dollars that Shamo had given to relatives for safekeeping. He’s been in jail ever since that 2016 arrest, and he’s now hoping to avoid decades in federal prison.

This case could wrap-up and be in the hands of the jury by later this week.