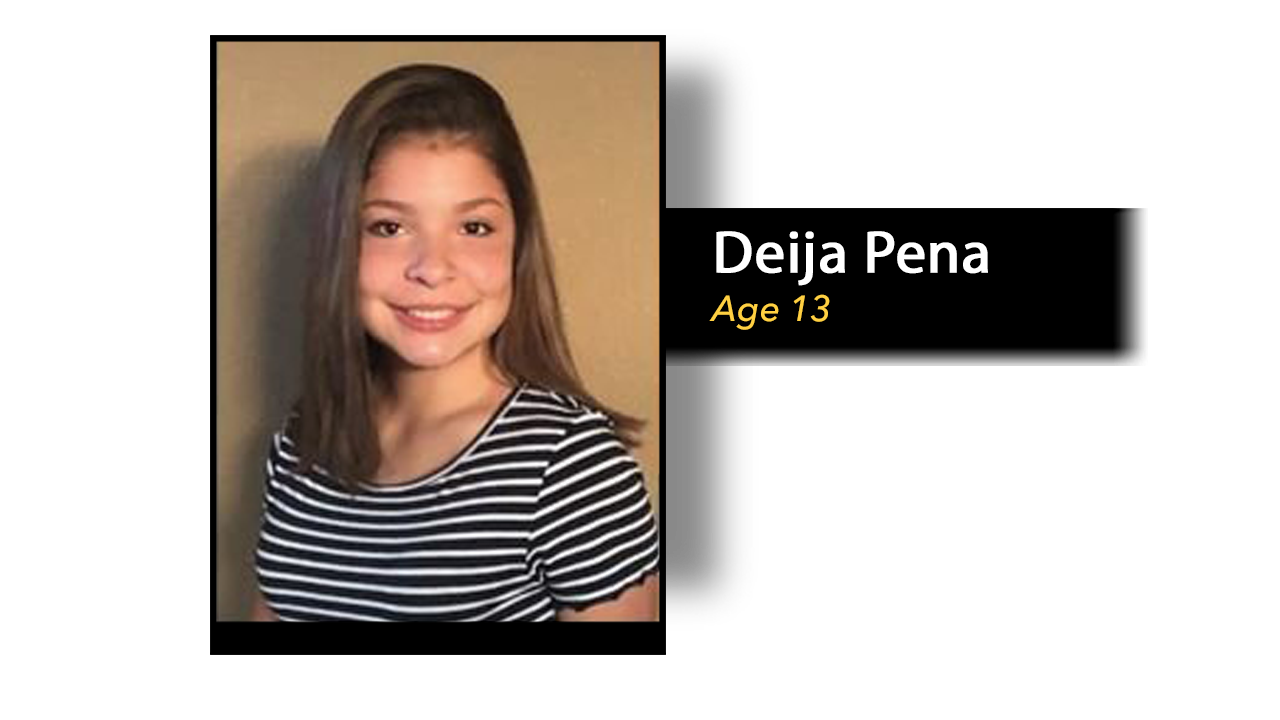 UTAH — Police are asking for help finding a teenage girl from Roy who they say may be in Salt Lake County.

Deija Pena, 13, ran away after her mother contacted police to have an “unknown” boy removed from their home Monday morning, according to Roy City Police

Roy police say his name is possibly Cody and he is possibly 16 years old. He fled before officers arrived, and then Deija fled as well after police left.

Police consider her to be endangered because they say she is mentally disabled and may be under the influence of illegal drugs. They also say she may be in an area where she is not known to frequent — police say her phone location was tracked to Millcreek just before 6 p.m. on Tuesday.

She is described as Hispanic with brown hair and brown eyes, 5’2″ tall and weighing 135 pounds. She was last seen wearing a black shirt, jeans with holes in them and white shoes.

Anyone who sees her or may have helpful information is asked to call Roy City Police at 801-629-8221.