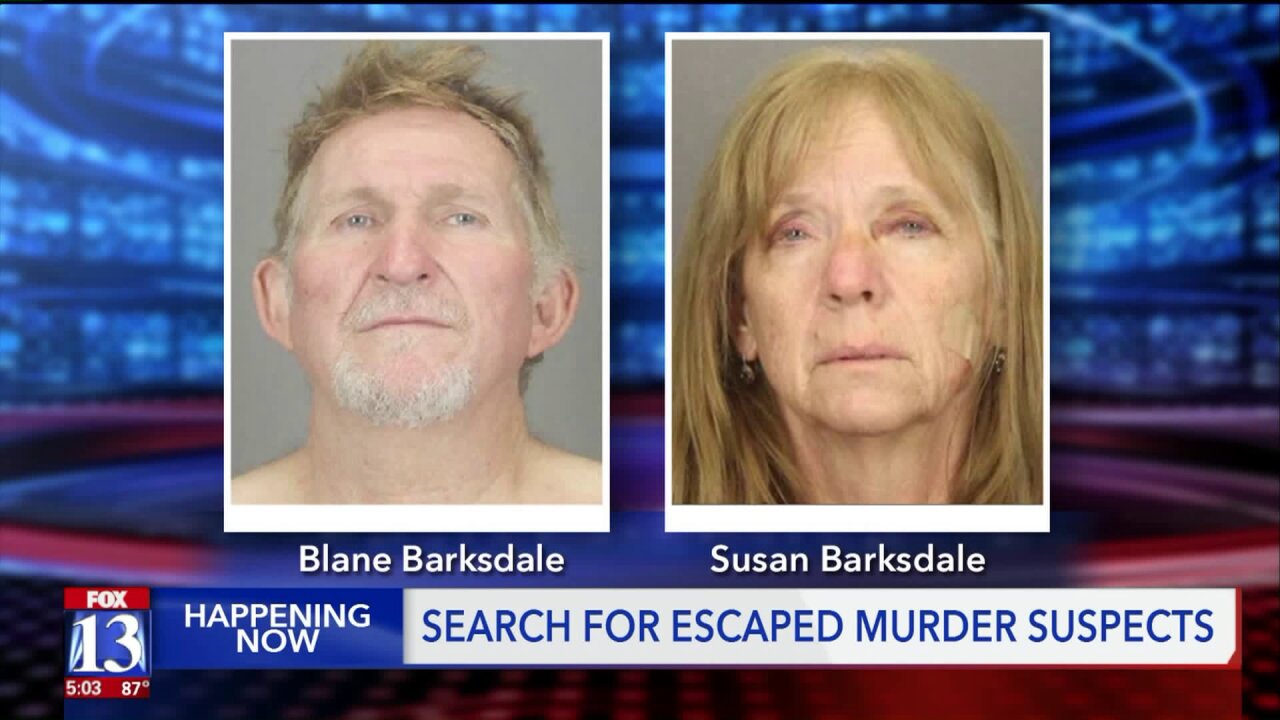 BLANDING, Utah — Authorities are looking for a man and woman who escaped from the custody of security guards Monday evening as they were on their way to Arizona.

Blane Barksdale, 56, and Susan Barksdale, 59, are wanted in connection with the April 2019 murder of a 72-year-old Frank Bligh in Phoenix. They were arrested in New York State and were being transported back to Arizona when they overpowered two security guards near Blanding. They are believed to be armed and dangerous and should not be approached.

The Barksdales were last seen driving a red GMC Sierra pickup truck with Arizona license plate 127XTY. The truck has damage on its front passenger side and rear bumper. Their direction of travel is unknown.

Blane Barksdale has numerous tattoos on his arms and hands.

Officials with the FBI, US Marshals Office and Apache County Sheriff’s Office are assisting in the investigation.  Call 9-1-1 if you see them.