Lagoon chemical spill kills fish in creek, but no harm to humans 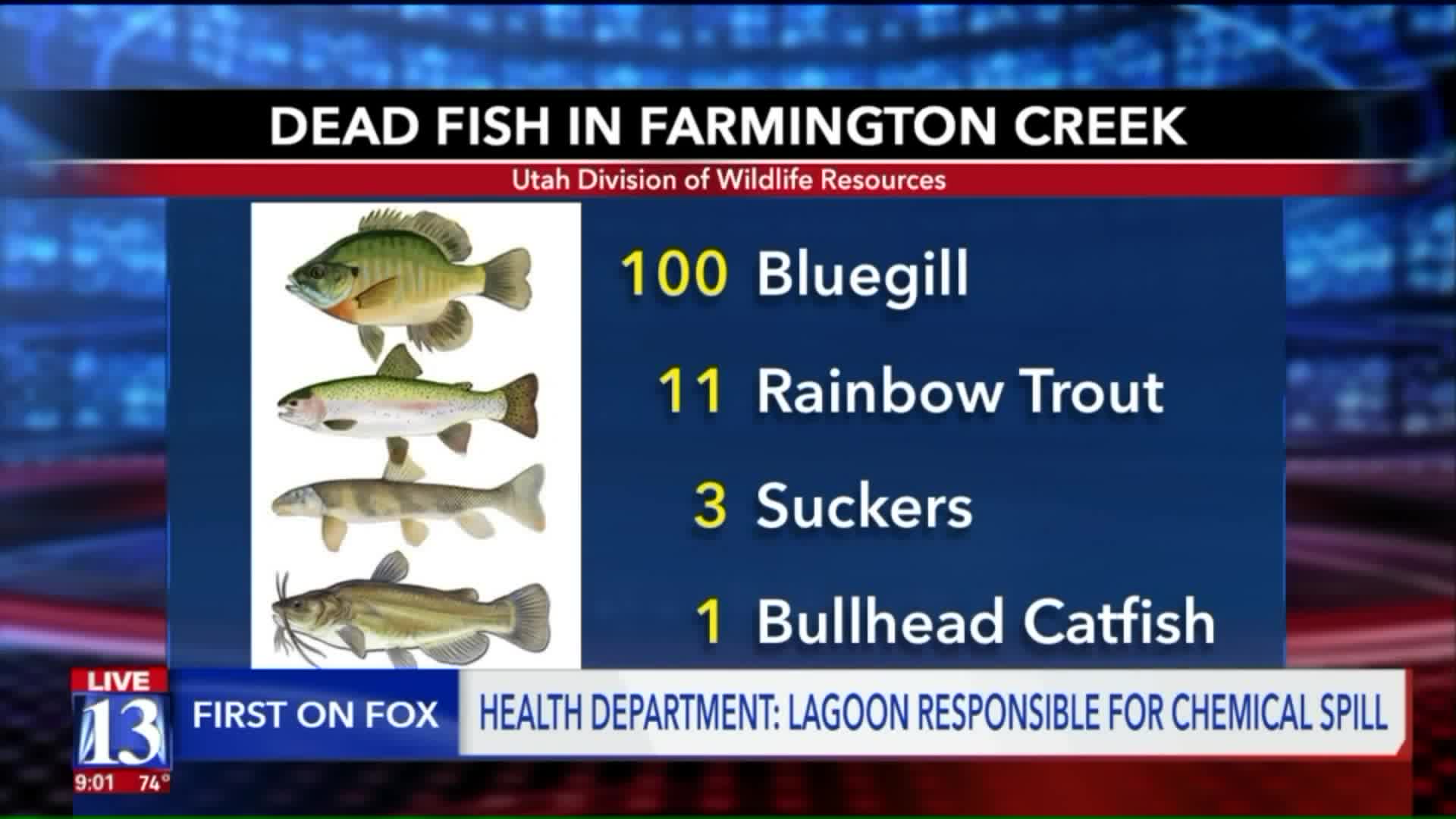 Over 100 fish are dead after a chemical spill from Lagoon Amusement Park into nearby Farmington Creek. 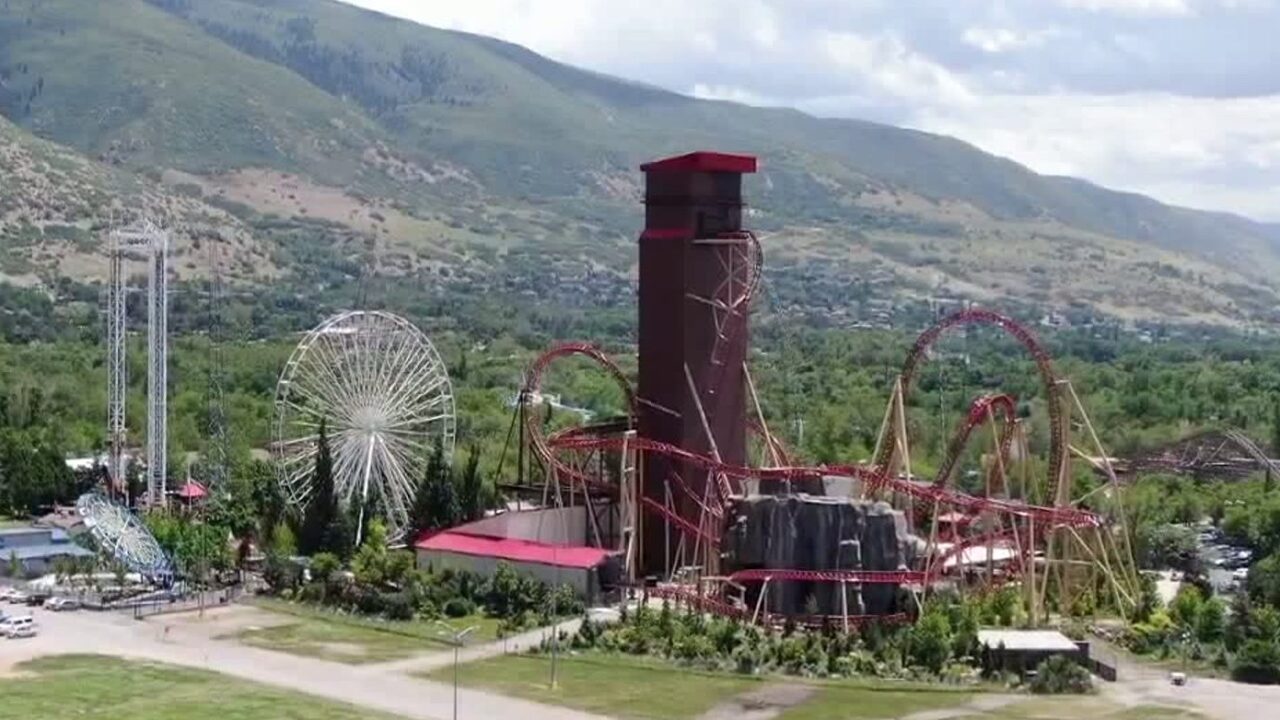 FARMINGTON, Utah — A chemical used to disinfect drinking water at Lagoon Amusement Park leaked into a nearby creek during the weekend, killing more than 100 fish.

A leak in the line between a pump and a tank of sodium hypochlorite — a liquid bleach — occurred sometime before employees checked the system Sunday morning, according to Rachelle Blackham, the environmental health director with the Davis County Health Department.

The leak was not reported until Sunday at about 9 p.m., Blackham told Fox 13.

Officials have not determined how much spilled, but the tank holds up to 1,000 gallons and only a little was left at the bottom. Blackham said the leak was most likely caused by a broken tube connecting the tank and pump.

A portion of the chemical went into a sanitary sewer and some reached a storm drain that leads to Farmington Creek, Blackham said. The Division of Wildlife Resources said it counted more than 100 bluegill and 11 rainbow trout, among others.

Sodium hypochlorite can irritate eyes and can cause chemical skin burns, Blackham said, but no humans were affected or are at risk because the area it leaked into is not publicly accessible. The substance also breaks down with water, heat and sunlight.

The health department does not anticipate any further harm caused by the chemical spill, and they don't believe it reached Farmington Bay. 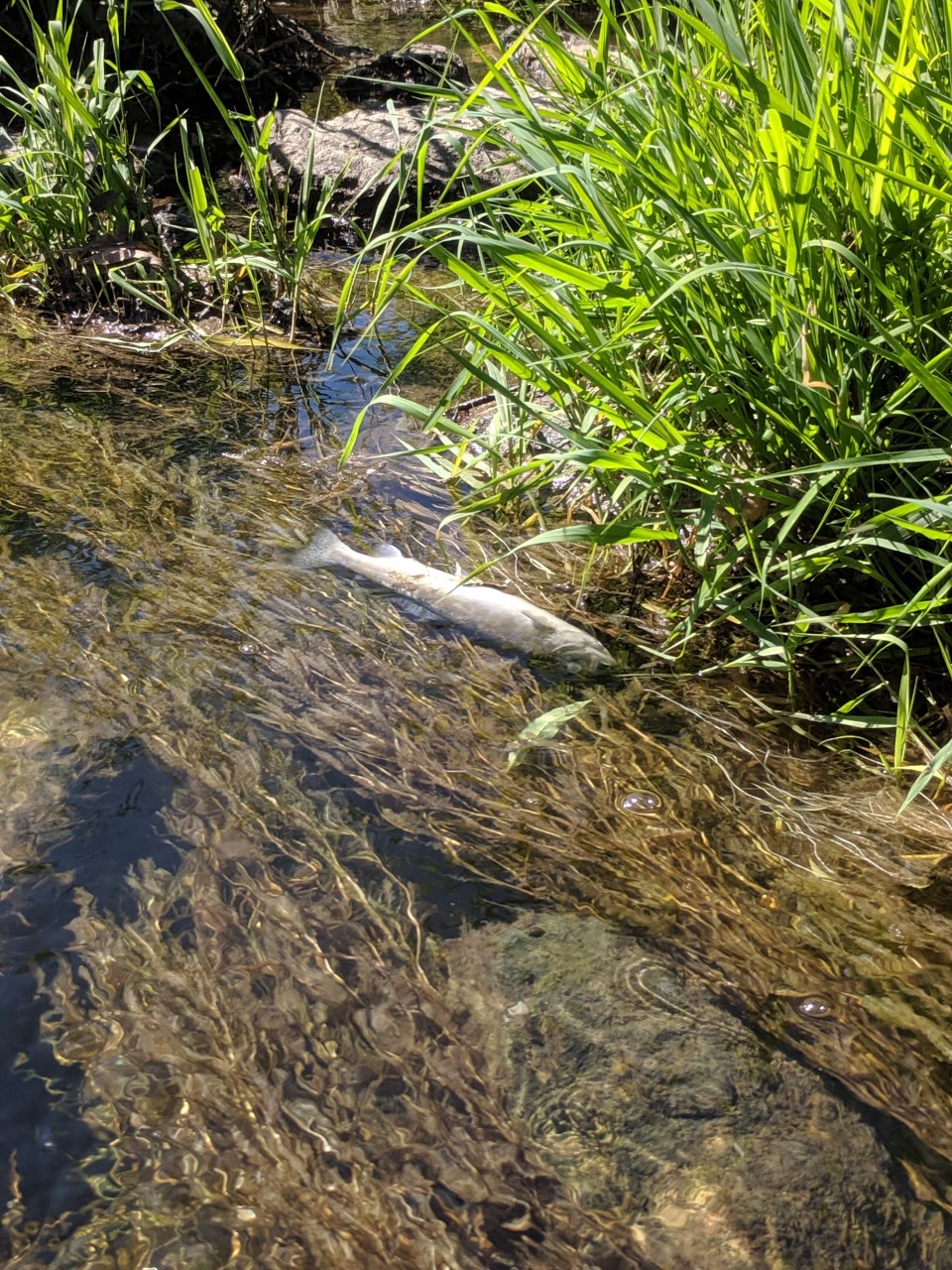