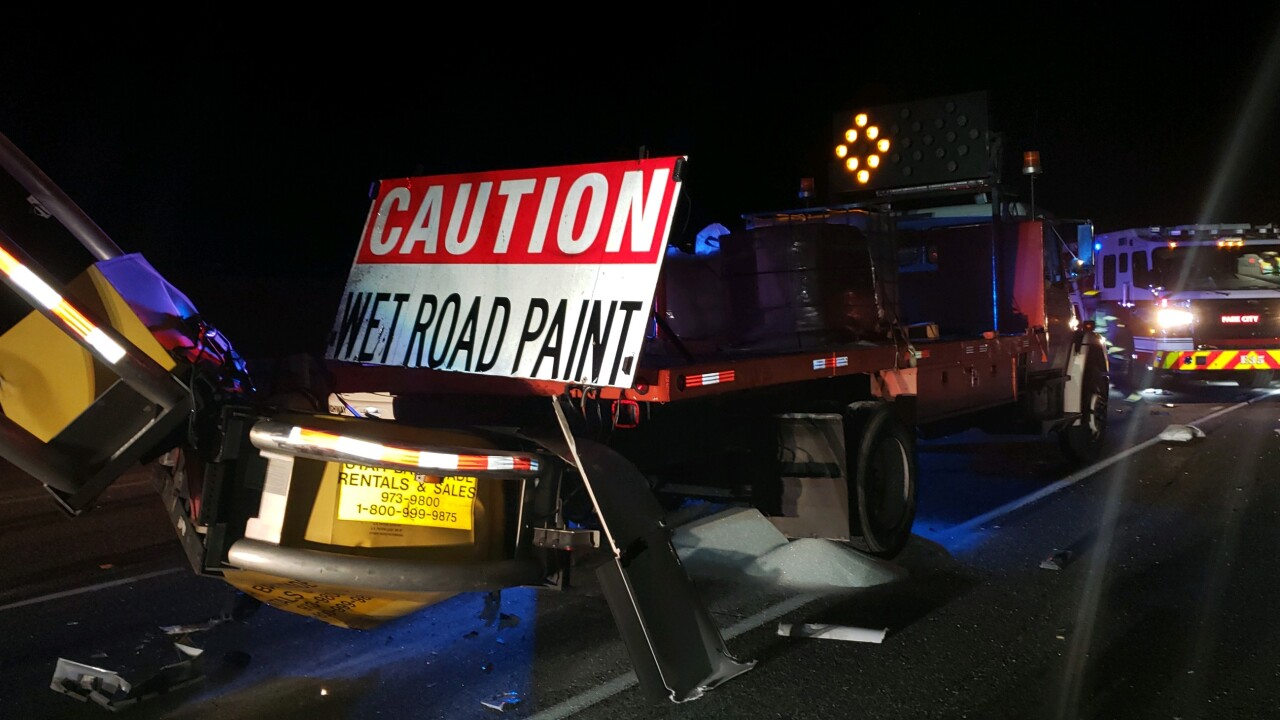 A truck involving a semi truck, an attenuator truck and a paint truck on I-80 in Summit County. Images courtesy Utah Highway Patrol.

SUMMIT COUNTY, Utah — One person suffered significant injuries after troopers said the driver of a semi truck failed to slow or yield to a crew repainting lines on I-80 Sunday night.

A paint truck was in the right lane repainting the dashed center line and the right fog line and going “well below” the posted 70 mph speed limit, a press release from Utah Highway Patrol states.

A crash attenuator truck equipped with a removable barricade at the rear was traveling behind the paint truck to provide protection, and both vehicles had arrow boards and yellow construction vehicle lighting activated, the press states.

A semi traveling westbound crashed into the back of the attenuator truck, and troopers said it appears the driver did not slow or try to move around the paint crew.

“Rather, the semi impacted the rear of the attenuator truck at freeway speeds,” a press release states. “The semi then continued forward and sideswiped the paint truck before going down the embankment on the right shoulder and coming to a stop on the frontage road.”

The driver of the attenuator truck suffered “significant” injuries and was taken to a hospital in poor condition. He is expected to survive.

UHP states two operators were seated in the rear of the paint truck when the crash occurred.

“Had the attenuator truck not been there, it is likely all three occupants in the paint truck would have been killed in the impact,” UHP stated.

The cause of the crash remains under investigation.