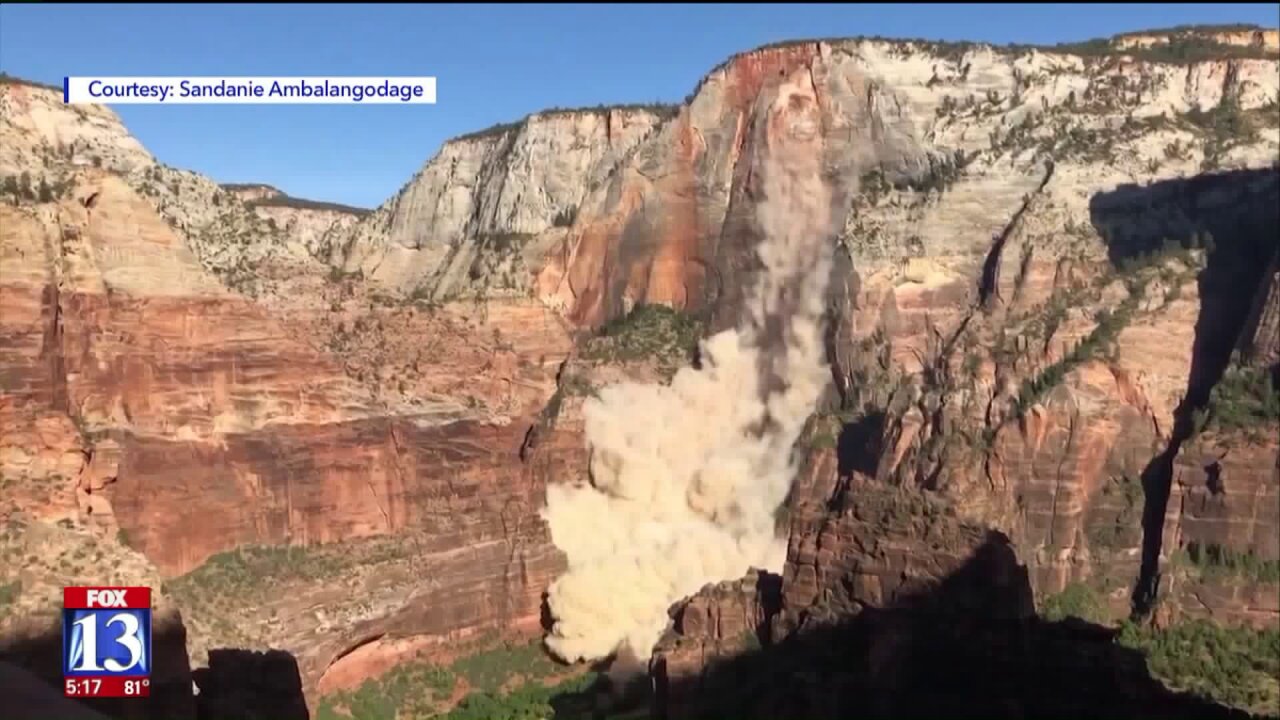 ZION NATIONAL PARK, Utah — A hiker caught the moments a portion of a cliff wall at the top of Zion Canyon fell to the valley floor, injuring three park visitors and covering most of the valley with sand and dust.

“There were debris and tree limbs down by the shuttle stop and closer to the trail itself,” said Zion National Park ranger and public information officer Eugenne Moisa.

The sandstone fell onto the popular Weeping Rock Trail below.

“There were about 19 people that were stuck,” said Moisa, adding the hikers were able to “self-rescue.”

Moisa added that park staff felt incredibly lucky that a system of larger trails from the same trailhead was closed for maintenance at the time.

“For a Saturday evening when this happened, we would have had a lot more people on those trails. So we're very lucky that trail was closed,” he said.

Two people suffered minor injuries and only required first aid on-site, but one injured hiker went to Dixie Regional Medical Center. The Park Service does not know their condition.

The rockfall was the result of normal natural processes of erosion, Moisa said.