About 50 people displaced by fire at apartments in Millcreek 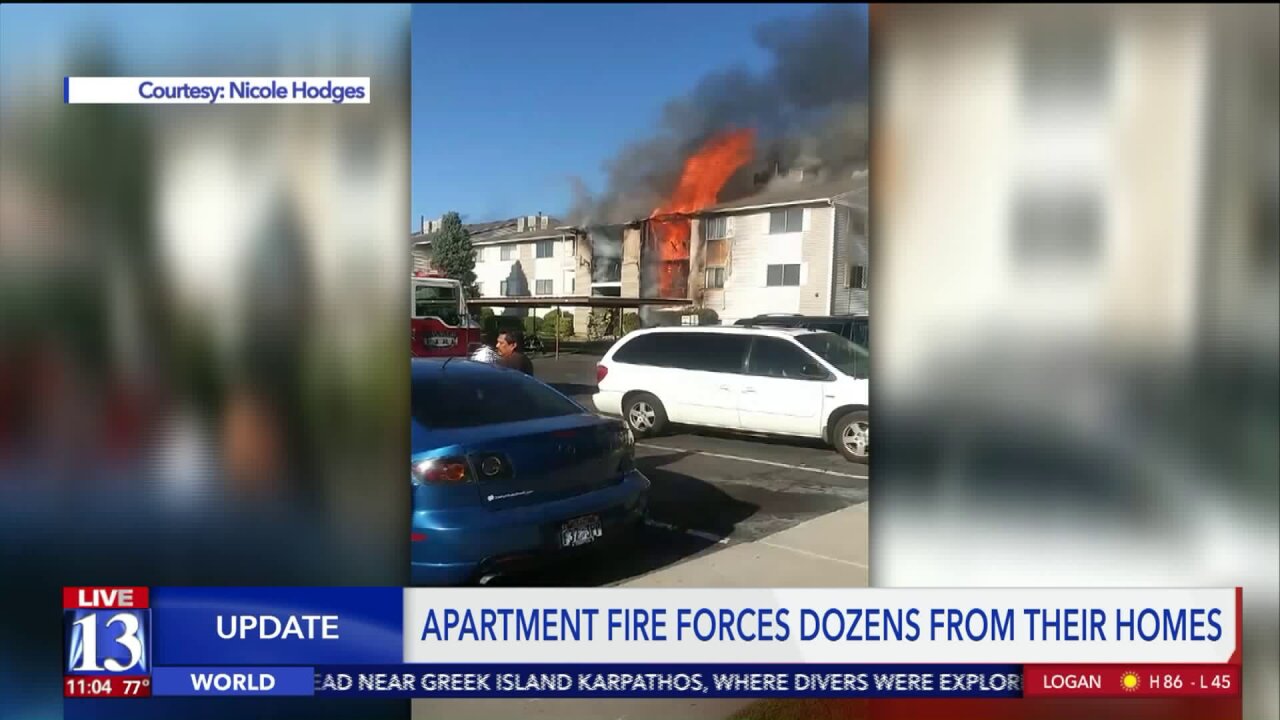 MILLCREEK, Utah — At least 50 people are out of their homes Monday night after a fire at a Millcreek apartment complex.

Just before 6 p.m., crews were called to the area of 700 West and 3900 South and found one building engulfed in smoke and flames.

"One of the neighbors I guess came out to get the mail, smelled some smoke, called 911," Unified Fire Authority spokesman Keith Garner said. "We had a crew show up on the report of the smell of smoke and said there was heavy flames, heavy smoke coming from the middle apartment."

Six units were heavily involved and 25 had to be evacuated.

Each unit has two or more people living there and no one will be allowed to return until tomorrow.

At least one cat was reunited with its owners.