Some fans booed Andrew Luck for retiring. The NFL community is showing him lots of love 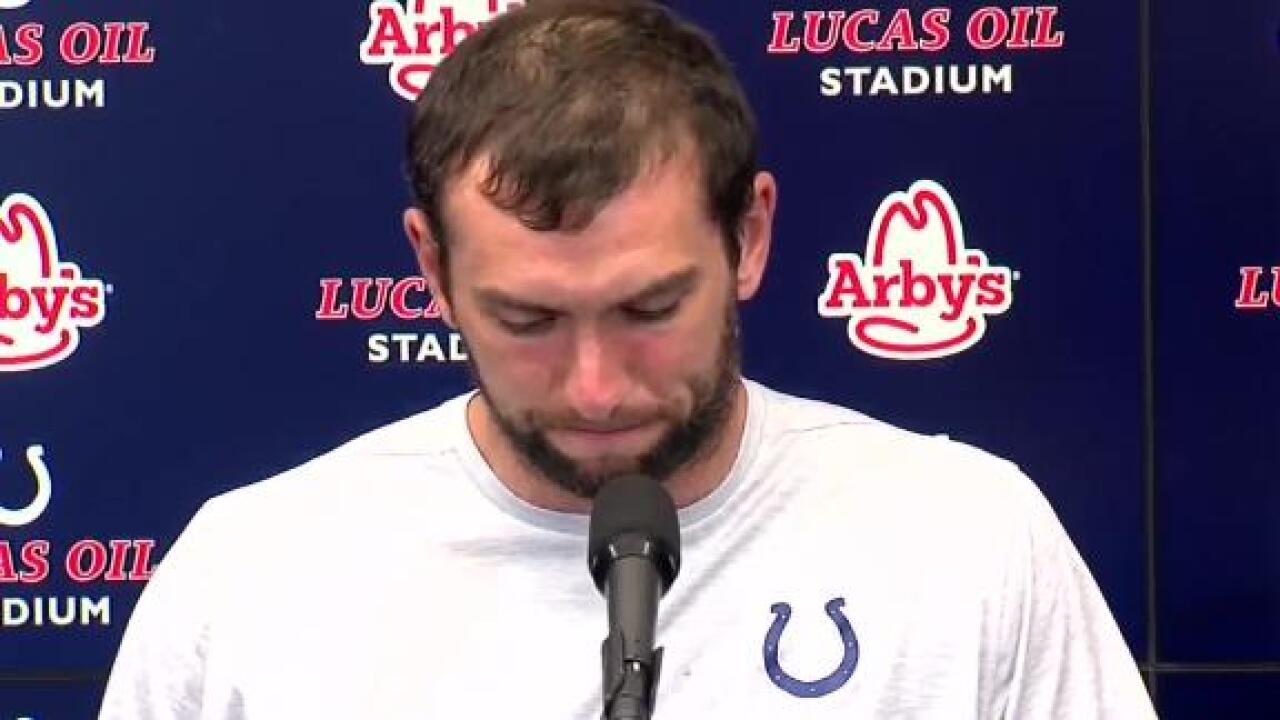 As word spread Saturday night that Indianapolis Colts quarterback Andrew Luck is retiring, some fans booed the four-time Pro Bowler after a preseason game against the Chicago Bears.

But Luck received support from teammates and other NFL players, coaches and owners, who know firsthand the extent of the mental and physical toll a pro football career can bring.

“Andrew Luck will be somebody I tell my kids about. The person & the player. Respect Andrew #LTE,” Colts tight end Eric Ebron tweeted Saturday night.

During his career, Luck suffered a lacerated kidney, a torn abdomen, torn cartilage and a concussion.

Injuries kept Luck, 29, from playing in the preseason, but fans at the game in Indianapolis were clearly upset about the news. Cameras caught one man even taking off his Luck jersey as the game ended.

“I’d be lying if I said I didn’t hear it,” Luck told reporters afterward. “Yeah, it hurt.”

James Irsay, the owner and CEO of the Indianapolis Colts, said at a press conference Saturday, “We have nothing but gratitude and thankfulness for the blood, sweat and tears he spilled as No. 12.”

“Sheesh man, thank you for a great year last year my guy and helping me take my game further by practicing against you day in and day out! I wish you nothing but the best my guy! Out Andrewski!!! It was terrible how the fans booed a man who gave them so much‼️ Much respect, 12” tweeted Colts linebacker Darius Leonard.

“For those people that booed tonight, it’s an emotional time, and I understand that, but this young man has done a lot for the city of Indianapolis and the Indianapolis Colts,” General Manager Chris Ballard said.

“You literally had to pinch yourself we had so much fun in every way, but there’s no doubt when you hear [Luck] talk about the cycle of pain and injury and rehab, you could feel that; you could feel it take its toll,” head coach Frank Reich said.

“I think as fans, even as players sometimes, we forget there’s life after this game. I think a guy like Andrew, he’s one of the most dedicated guys,” Seattle Seahawks quarterback Russell Wilson told Seahawks.com. “This game can take a toll on us physically, but also emotionally, spiritually and everything else. I think he’s demonstrated it with class the whole time he’s gone through everything.”

New Orleans Saints quarterback Drew Brees tweeted: “We all loved watching him play. I love watching his film. I like being around him. I wish him the best, whatever that direction is for him.”

“This is a very rough game. Most people who have not played at this level will never understand what we put our bodies through season after season. We don’t need the sympathy because this is what we signed up for but to ‘boo’ a man that battled for that city is disgraceful,” tweeted Richard Sherman, cornerback for the San Francisco 49ers and Luck’s former teammate at Stanford.

“Taking this time sending my prayers to Andrew luck man y’all don’t know how much we put in for this sport, yes it’s draining but than we love it so much at the same time,” Jacksonville Jaguars running back Leonard Fournette tweeted.

But even leaving that money behind, some supporters still see a bright future ahead for Luck, who has an engineering degree from Stanford University.