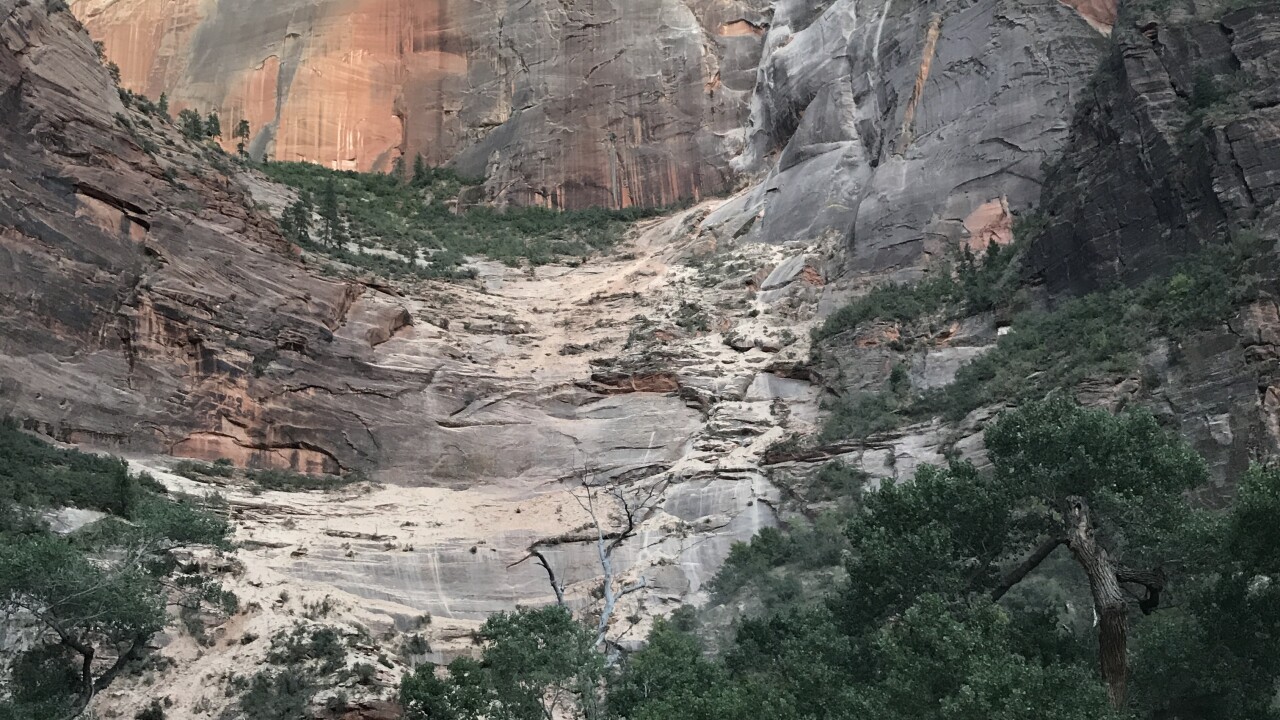 According to a news release from Zion National Park, park officials were notified of the rockfall around 5:50 P.M. near the Weeping Rock Shuttle Stop. A large rock from Cable Mountain broke off approximately 3,000 feet above Weeping Rock.

The rocks hit the closed East Rim Trail, knocking down trees and covering visitors in the area with smaller rocks, branches and plumes of dust and sand. Shuttle were stopped for 90 minutes, according to park officials.

Three people were injured during the incident. One of the individuals was taken to the hospital by park ambulance. Their conditions were not mentioned in the news release.

Several visitors were temporarily stranded at the end of Weeping Rock trail for a short time. According to the news release, they were “able to self-rescue.”