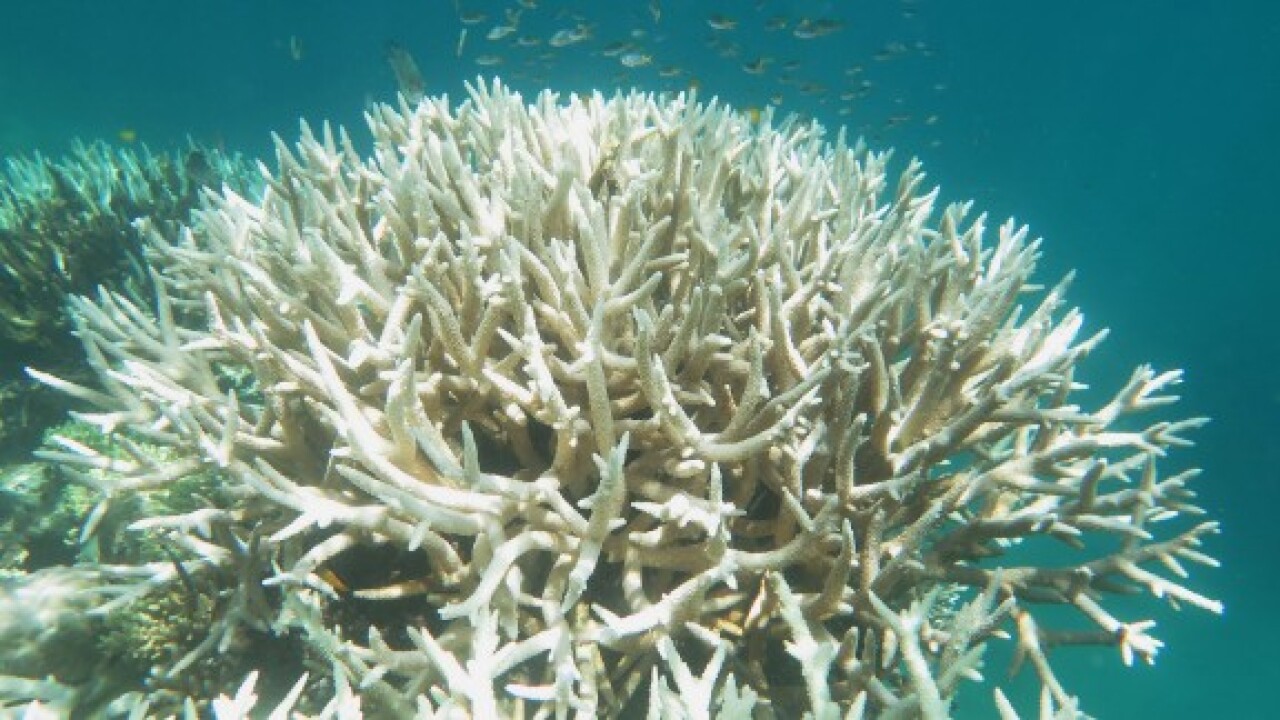 A pumice “raft” the size of Manhattan is drifting towards Australia, bringing along with it new marine life that could help with the recovery of the Great Barrier Reef’s corals, half of which have been killed in recent years as a result of climate change.

The massive floating sheet of volcanic rock was first spotted by sailors on August 9, days after an underwater volcano is believed to have erupted near the Pacific Island of Tonga, according to NASA Earth Observatory.

Days later, Australian sailors heading towards Vanatu on the ROAM catamaran said they encountered volcanic rocks “made up of pumice stones from marble to basketball size such that water was not visible.”

ROAM crew Michael and Larissa Hoult told CNN that they had been at sea for 10 days before coming into contact with the gray floating matter one evening.

“It was quite eerie, actually,” Larissa said. “The whole ocean was matte — we couldn’t see the water reflection of the moon.”

“The rocks were kind of closing in around us, so we couldn’t see our trail or our wake at all. We could just see the edge where it went back to regular water — shiny water — at night,” Michael added, saying they could see the rock from every direction.

“It was a bit of a mystery, we didn’t know how deep it was, if we were sailing over a volcano that was active at that moment. It looked almost like there was more coming up, bubbling up from underneath,” said Larissa.

The pumice, which is filled with holes and cavities, floats like an iceberg does, with about 90% underwater and 10% above water, the pair explained.

That pumice is expected to drift with the current down to the Australian coast over the next 7-10 months, they said, where scientist believe could have a positive affect on the microorganisms there.

That’s because the floating stones can act as a home for marine organisms to nest.

When the pumice makes its way to the Great Barrier Reef, the sea life attached will travel too, potentially bringing diverse new colonies of barnacles, corals and more.

In 2012, research by Queensland University of Technology Associate Professor Scott Bryan and others following a similar underwater volcanic event found that pumice rafts are one way that the ocean can redistribute diverse sea life.

This month’s eruption could have similar positive effects, Bryan said.

Speaking to the Australian Broadcasting Corporation (ABC) on Friday, Bryan said, “[The raft] is a natural mechanism for species to colonize, restock and grow in a new environment,” adding that it’s just “one way that nature can help promote regeneration.” Bryan also said the natural phenomenon is occurring every five years.

He told ABC that when the pumice raft arrives to the Australian coastline over the next seven to 12 months, it will be “covered in a whole range of organisms of algae and barnacles and corals and crabs and snails and worms.”

“This is a way for healthy, young corals to be rapidly introduced to the Great Barrier Reef,” he said.

In 2016 and 2017, marine heat waves caused by climate change resulted in mass bleaching, which killed about half of the corals on the Great Barrier Reef, along with many others around the world.