One man dead after roll over crash on I-15 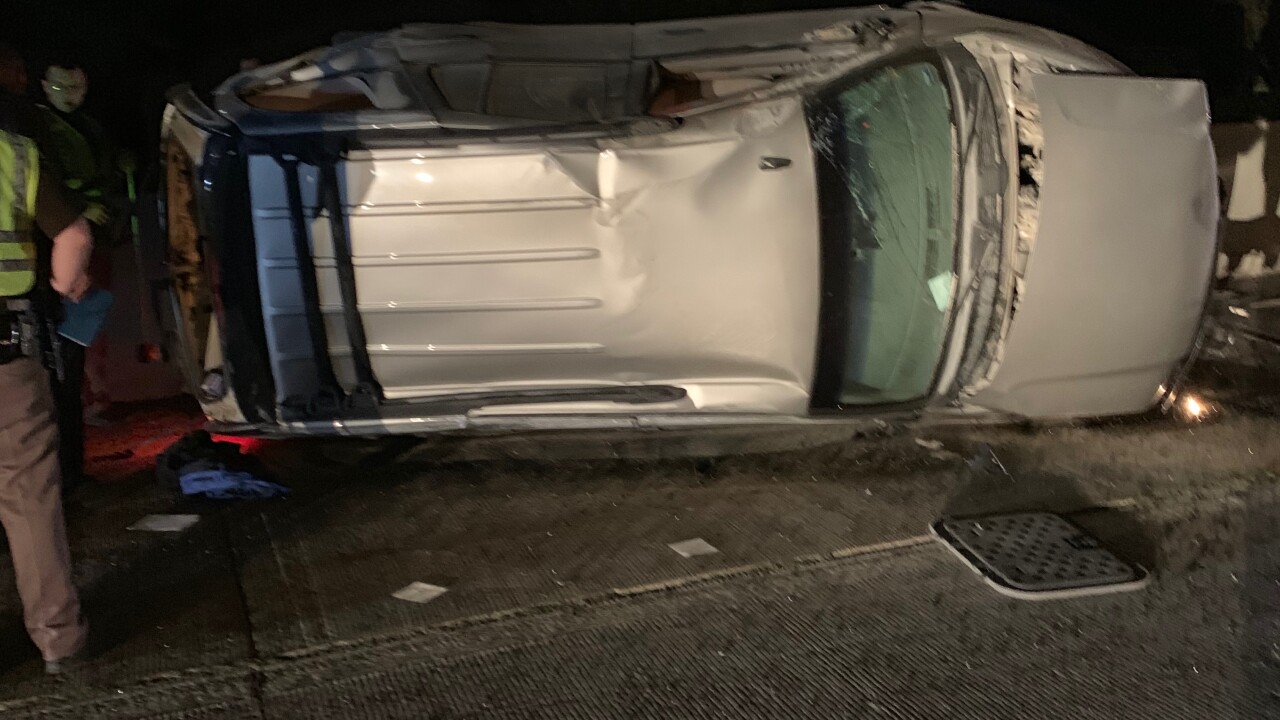 SALT LAKE CITY — One man died in a roll over crash on the Interstate 15 collector near 1500 South early Saturday morning.

Around 1:45 A.M. the driver was heading northbound on I-15 in an SUV when he drifted left and side-swiped the concrete barrier.  He then over-corrected and struck the right concrete barrier, which caused the SUV to flip, according to Utah Highway Patrol. He was the only occupant in the vehicle.

The driver was ejected when the SUV rolled onto its side. He was not wearing a seat belt. According to the press release he suffered significant injuries and died on scene.

Troopers found evidence of alcohol and drug impairment and believe that played a roll in the crash, according to the release. Troopers also mentioned the minimal damage to the vehicle’s passenger side and believe it is “probable the driver would have survived the collision had he been properly restrained.”

The driver’s identity has not yet been released.

UHP added this statement to the press release:

This crash is a tragic example of the dangers of both impaired driving and being inside a vehicle without properly wearing a seat belt or child restraint. Troopers would remind all drivers to never get behind the wheel when under the influence of any drug or alcohol. We would also remind all occupants in a vehicle to buckle up, every trip, every time. Your safety is largely in your own hands.
Copyright 2020 Scripps Media, Inc. All rights reserved. This material may not be published, broadcast, rewritten, or redistributed.