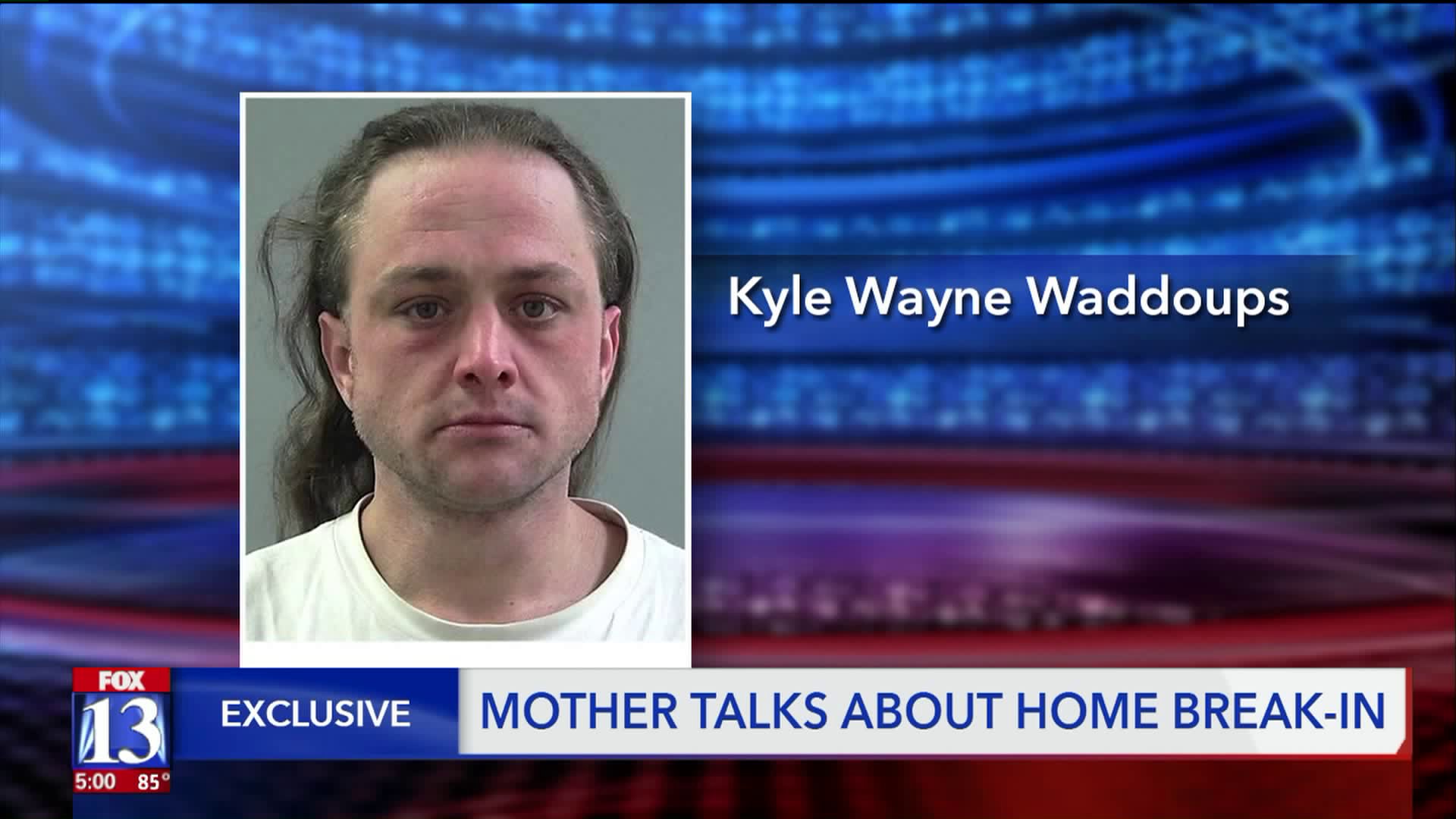 A man kicked in the door of a woman`s home Thursday night, then shortly after broke into another home through a broken window, police say. 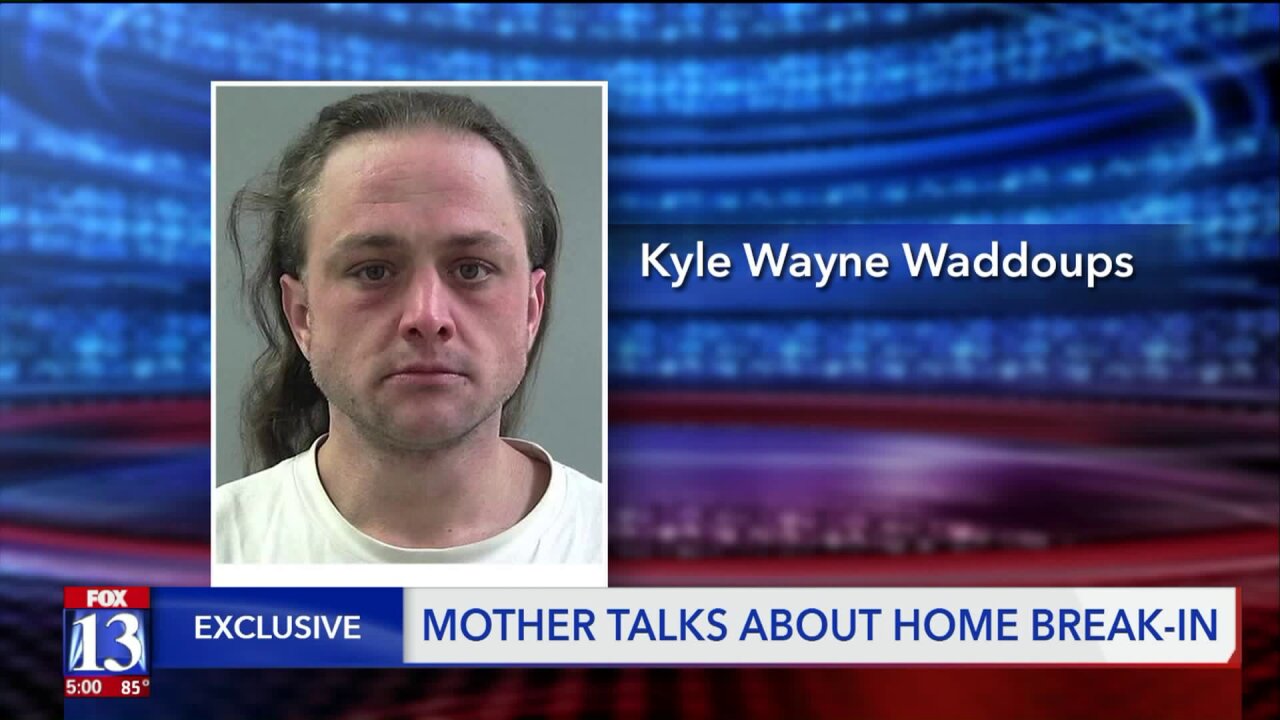 OGDEN, Utah — A 36-year-old man was arrested Friday morning after police suspect he broke into at least two homes this week.

Valerie Scarbrough’s antique door is in pieces after a man broke into her 112-year-old Ogden home, she said.

“I was absolutely terrified,” the mother of five said.

She was home alone with two kids when the man came to her home on 24th Street Wednesday at 9:30 p.m.

“I couldn’t really see him. I am looking through the little glass. All I could see was a shadow and I was like, I’m getting a really bad feeling about this,” Scarbrough said.

Through the door, he said his name was Kyle. Feeling something was off, Scarbrough locked the deadbolt, ran upstairs to her bedroom with her children and called 911.

“Then I heard banging downstairs," she said.

“I was standing there with my kids tucked behind my bed out of sight,” she continued. “[I was] hiding in my closet.”

The man ran off when police arrived.

Police arrested Kyle Waddoups Friday morning, saying he broke a window to get in another home nearby.

“In the investigation now, we are aware of these two," Eynon said, "but it could be possible he’s associated with others."

Relieved but still shaken, Scarbrough said she won’t take her safety for granted.

Waddoups was arrested for suspicion of felony burglary, criminal mischief, theft and other charges related to Friday’s break-in.