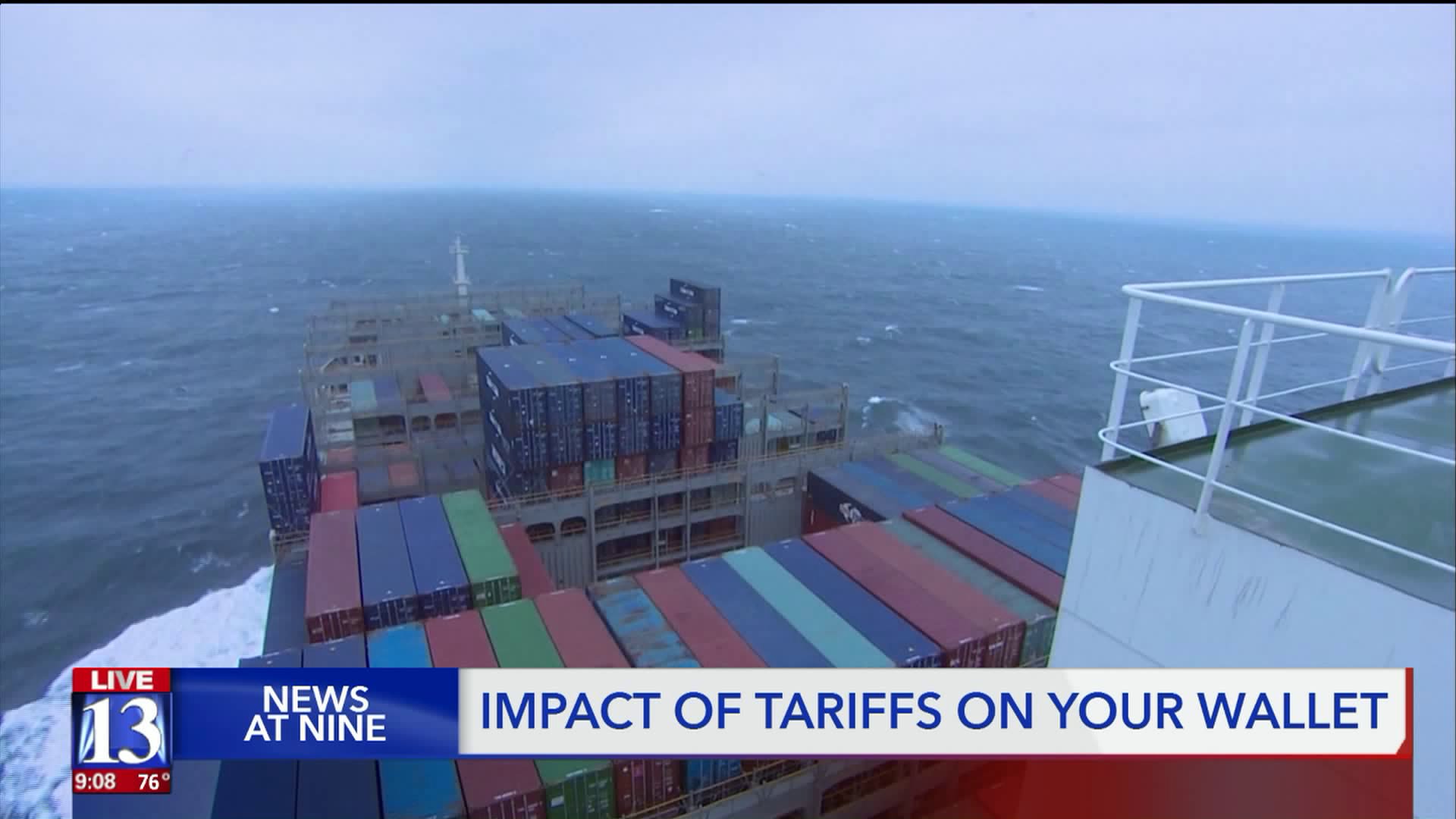 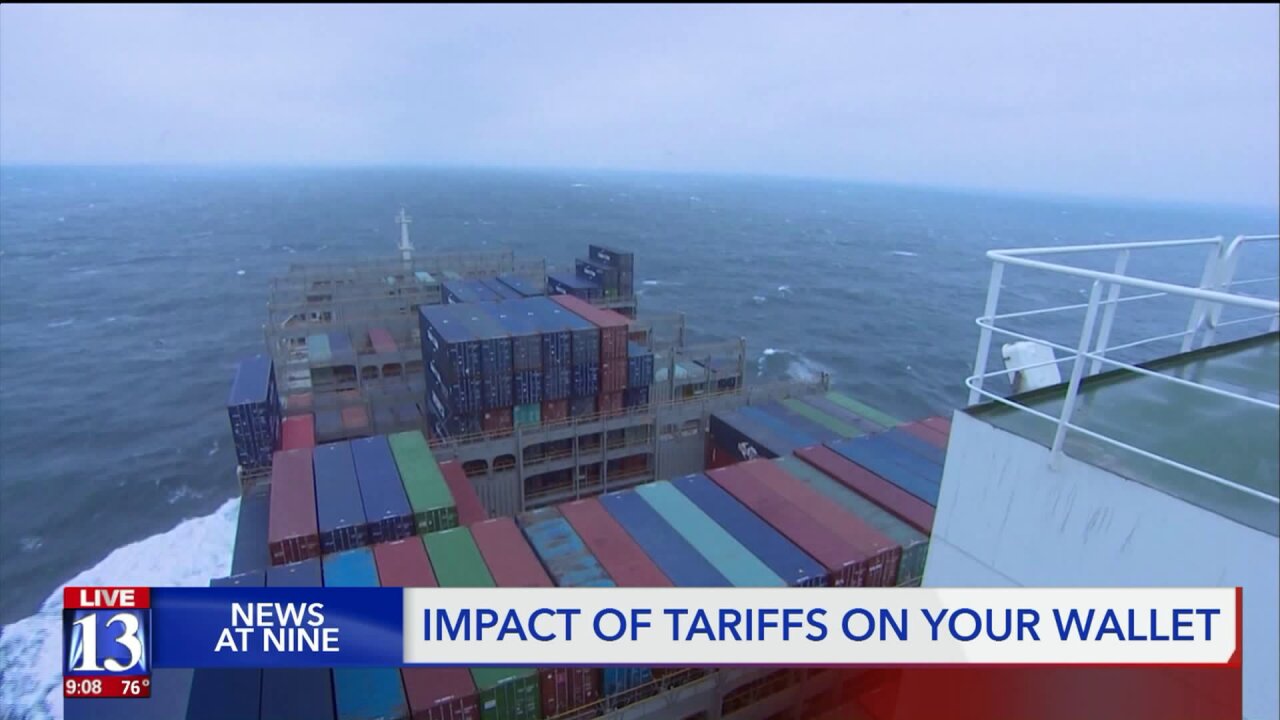 SALT LAKE CITY -- As a trade war escalates between the United States and China, local experts are weighing in how it could impact Utah.

From the cost of household goods, to exports from Utah companies, to the alfalfa some local farmers grow— The World Trade Center Utah broke down how it could make a difference in daily life.

“It seems like every hour I check my phone, there is something new happening,” he said.

China announced $75 billion of new tariffs on US exports. President Trump ordered US companies to relocate out of China.

“Our great American companies are hereby ordered to immediately start looking for an alternative to China,” the president said, in a Tweet.

The US previously announced it would stick its own tariffs on imports from China.

What does this mean for Utah?

Hansen said it will impact Utah companies in every industry.

“And that trickles down to… affecting just about every Utahn,” he said.

Here are the main ways he listed that Utahns might see and feel the impact:

Higher prices at the store

If heading to a store like Walmart, prices on products you buy will likely rise. Hansen said that's because of new tariffs on “just about every import from China.”

Hansen said it won’t affect food, but it will affect everything else.

“Think about the electronic section, homeware, shoes, clothing, textiles equipment and tools,” he listed off. “All of those areas-- if you look at the store-- a lot of those are either made in China, or made with components from China.”

While tariffs on $300 billion worth of Chinese goods were set to go into effect in September, they’ve now been delayed to December 15 to lessen the impact on holiday shopping.

After Friday’s announcement from China to add new tariffs on goods exported from the US, Hansen said it created an uncertainty for Utah companies.

“I just got off the phone with a Utah company. They do about a billion dollars a year in sales to China,” Hansen explained. “And the challenge is, they have a significant shipment they have to send over the next two weeks-- and they don`t know how to price it.”

Hansen said no one knows what the rules of the game will be even two weeks from now.

According to the US-China Business Council, China is Utah’s fourth largest export market. The latest numbers from 2017 show that Utah exported more than $704 million worth of goods to China.

At the top of the exported goods list: Semiconductors and components, which accounted for $160 million.

“Think of computers, and electronics and [those] type of products,” Hansen explained. He listed off the other popular exports. “We also have a lot of medical devices going to China as well. And then also, actually a lot of food, and agricultural products.”

Hansen emphasized the impact to agricultural products, and indicated that farmers who export to China could take a pretty big hit.

Specifically, he said farmers who export dairy, alfalfa and other feed products.

He explained that agricultural exports from Utah to China have been on the rise, but that could change.

“As we see China saying that they’re no longer going to buy US agricultural products, all of a sudden this important market for alfalfa farmers across the state has now been shut off to Utah farmers,” Hansen said.

Those farmers might have to find some other way to sell their products, he indicated.

Utah companies may have to move

Hansen described how local companies may have to relocate overseas operations, if they’ve got factories in China. He explained that a lot of companies have already moved out of China, as the trade dispute has escalated over the past 18 months.

One Utah company that does 300 million dollars of business a year in China and operates 25 factories in China, he said, is one of the businesses currently looking at making the move.

“They are now looking at other countries to move this manufacturing, just because of the uncertainty of the trade dispute,” Hansen said.

He said companies could end up putting resources elsewhere in Asia or Southeast Asia, including Vietnam, Malaysia, Japan and South Korea. Those countries would end up benefiting from the trade war, he explained.

He agreed that businesses will likely need to make adjustments to navigate the trade war and find ways to grow, without involving China.

“Nobody knows for sure how long this is going to last. Is it going to continue to get worse?” He asked. “And as it’s continued on, what we’ve seen, is these companies are starting to look elsewhere.”