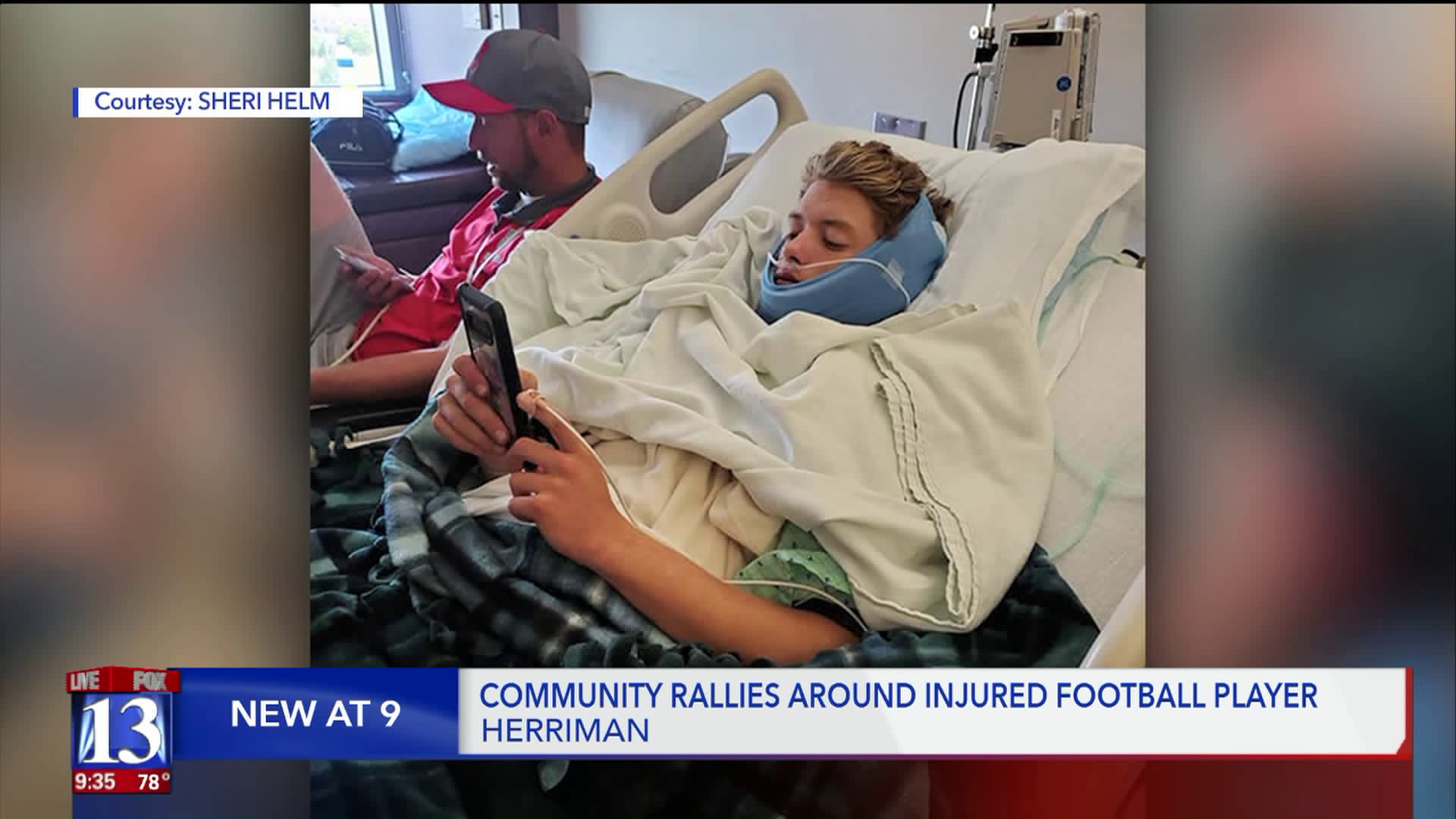 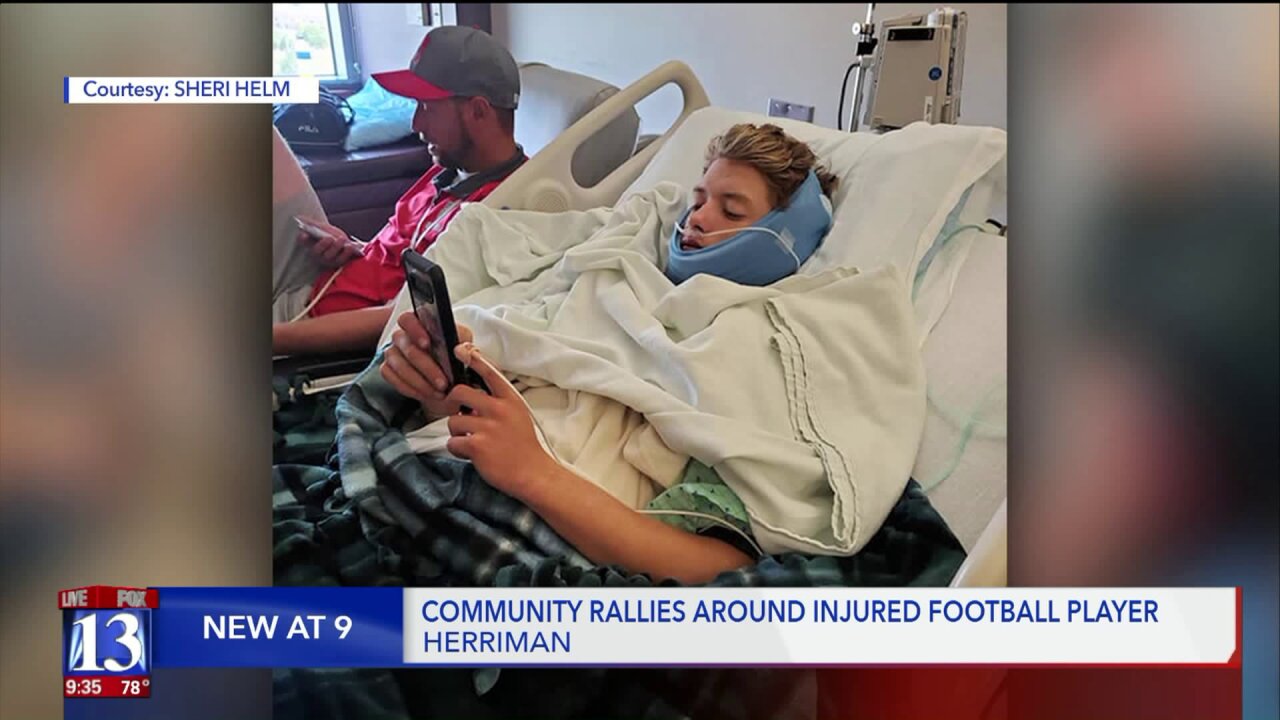 HERRIMAN, Utah — The football season may be over for Aiden Helm, but the community is not letting him forget he's part of the Mountain Ridge High team.

Aiden broke his jaw a week during a varsity game. Families associated with the Mountain Ridge High football team have been dropping off gift baskets with video games, treats, gift cards and messages for Aiden.

"He was so frustrated, and so down, that his season is pretty much over and there's nothing I could do to make that go away," said Sheri Helm, Aiden's mom. "But just having people come over and sit with him, there's video games in there and he's played the videogames and he's snuggled in the blanket."

Other parents involved with the Mountain Ridge High football program say it's more than a team - it's a family.