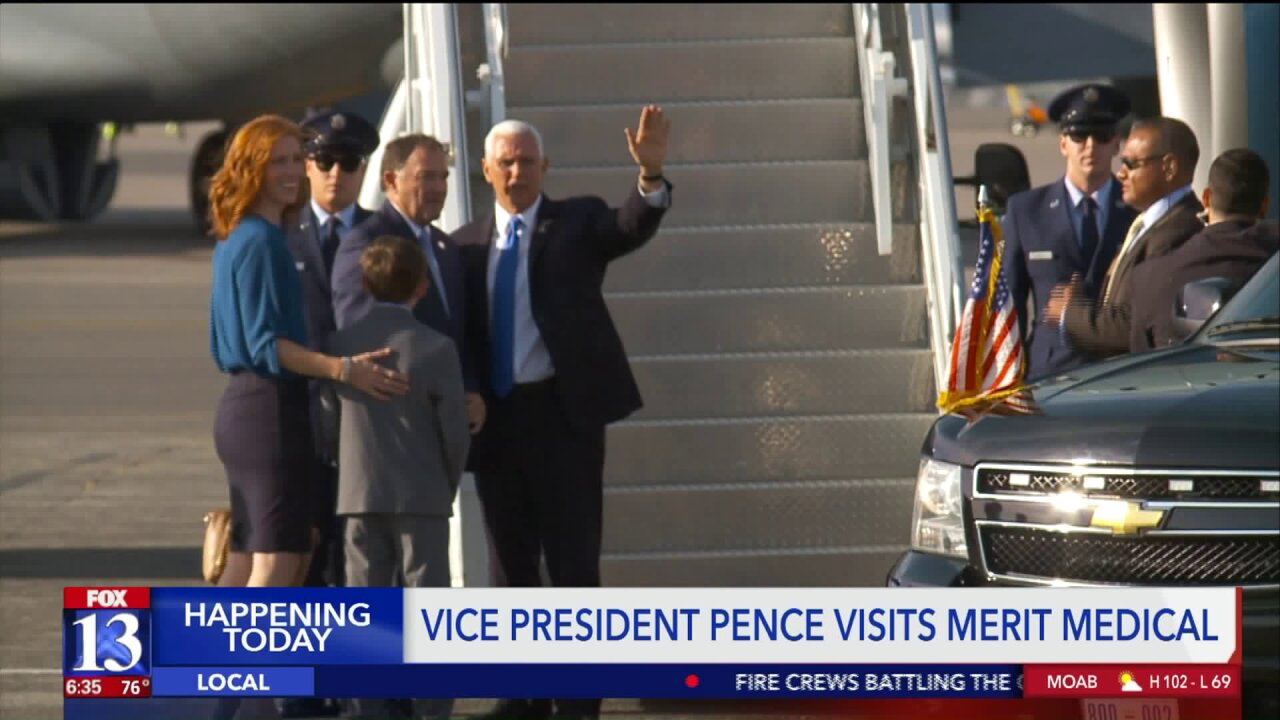 The facility is one of the leading manufacturers of disposable medical supplies.

Hundreds of supporters waited to greet the Vice President, and among them was the family of the late Mayor of North Ogden, Maj. Brent Taylor.

Jennie Taylor, Brent’s wife, said she got a call from the Trump administration asking her to help welcome the VP to the Beehive State.

"He commented on my husband's service and having been a political figure who also chose to serve in the Army,” Taylor said. “He had been aware of us and our family and ... it's just such a touching experience to hear one of the leaders of the free world telling us thank you."

Pence will visit Merit Medical before returning to Washington D.C. Thursday night. His last visit to Utah was in October of 2016, prior to the Presidential Election.