Lawmakers look at next steps for Medicaid expansion, but Prop 3 backers think they’ll have to do what voters wanted 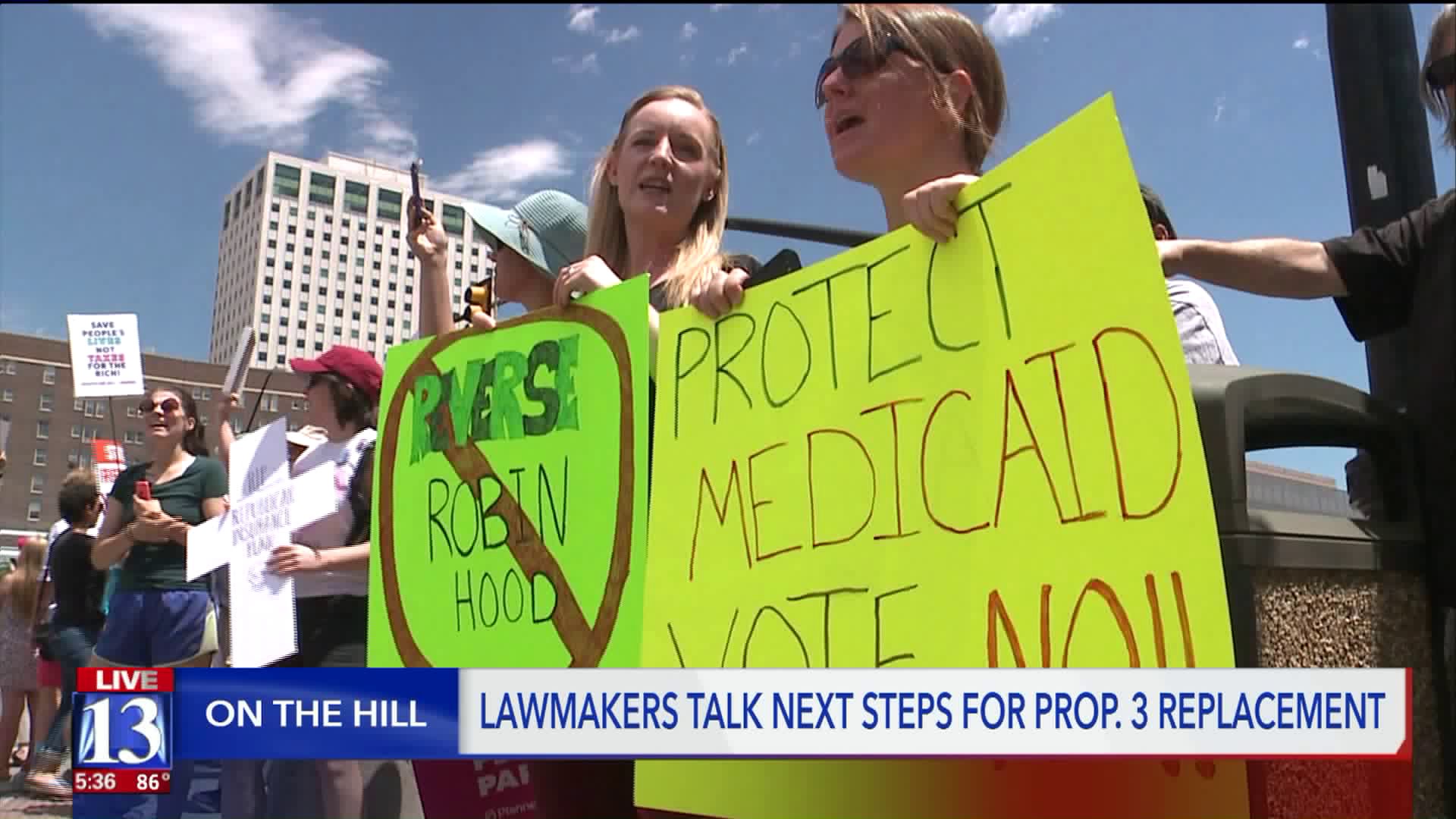 State lawmakers who replaced Proposition 3 are seeking additional waivers and moving ahead with what`s under their bill, but supporters of the original ballot initiative believe they will ultimately be forced to implement what voters wanted. 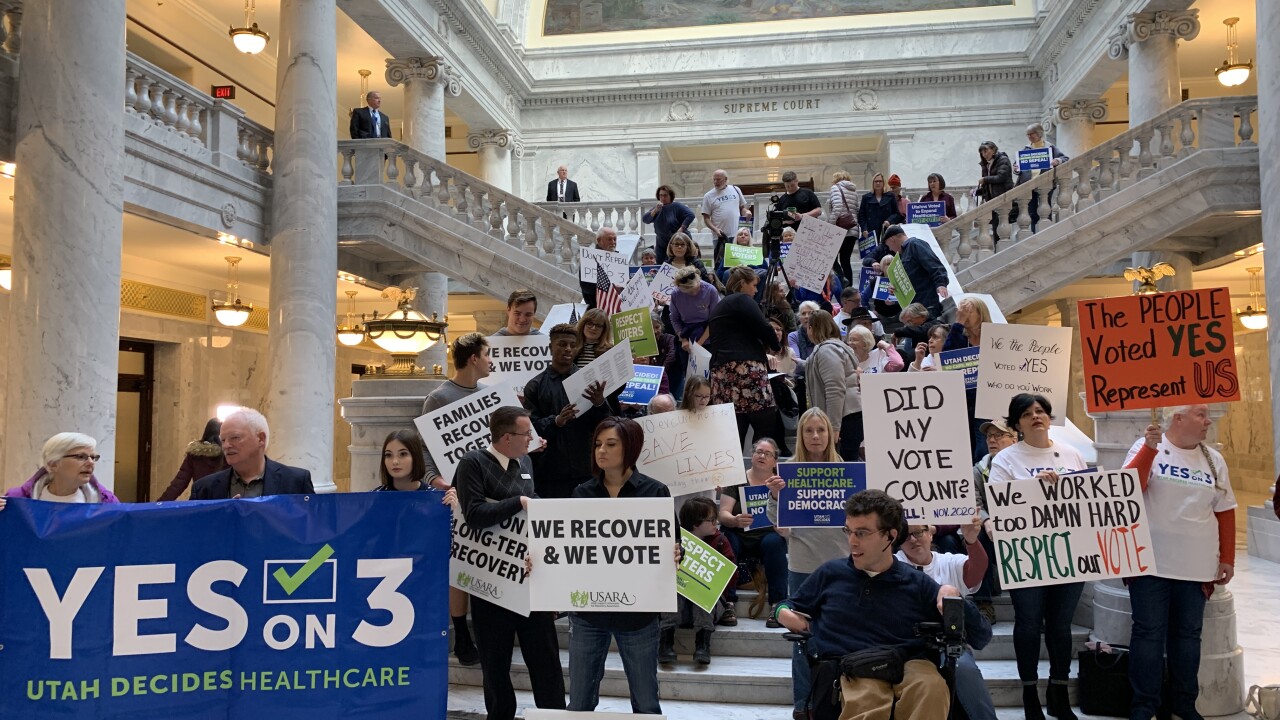 SALT LAKE CITY -- State lawmakers who replaced Proposition 3 are seeking additional waivers and moving ahead with what's under their bill, but supporters of the original ballot initiative believe they will ultimately be forced to implement what voters wanted.

"They keep getting told 'no,' over and over," said Stacy Stanford with the Utah Health Policy Project, a backer of Prop. 3. "Reading the tea leaves, full Medicaid expansion is where we’re headed."

At a meeting of the Utah Health Care Reform Task Force on Thursday, state health officials outlined the next steps under Senate Bill 96. The Trump administration recently rejected Utah's request for an expanded cost-split and per capita cap waivers.

"The department has begun the process of preparing the fallback request," said Nathan Checketts, the deputy director of the Utah Department of Health.

Voters approved Prop. 3, which raised the sales tax for Medicaid expansion. Supporters said it would provide health care coverage for thousands of Utah's poorest -- up to 138% fo the federal poverty level (which is roughly $12,000 a year for a single person).

Members of the legislature, fearing that ballooning health care costs could be a budget buster, replaced the ballot initiative with their own bill seeking a series of waivers from the feds. The most recent waivers haven't been granted. SB96 set a series of phases that, if they fell through, would default back to Prop. 3. Some of those phases are moving simultaneously, but the state is on Phase three of four.

"The department is in the process of reviewing previous waiver requests and reviewing cost control ideas and seeking input from the public and legislators and other policy makers," Checketts told the task force.

Democrats on the task force questioned why the state couldn't just move forward with implementing Prop. 3.

"Why we can’t just proceed to Phase four which is what the voters approved?" asked Rep. Marie Poulson, D-Cottonwood Heights. "Because it looks like what we’re doing is prolonging the ability for these people to get health care."

"If you wanted to move to Phase four before June 30, 2020 you would have to change the law," Checketts replied.

"We’re spending about $2.5 million dollars more of state money each month than we would have had to had we fully expanded Medicaid as the voters voted for?" she asked Checketts.

Republicans on the task force countered that not a lot of people had signed up. While SB96 provides Medicaid for up to 100% of the federal poverty level -- only 35,600 had signed up. Health department estimates were as many as 70,000 to 80,000 more Utahns qualified but either get coverage somewhere else or haven't signed up.

"Anybody that needs it that falls under 100 percent, do they all have access to it?" asked House Majority Leader Francis Gibson.

"It’s not accurate that we’re paying more for covering fewer people. We’re covering the same number of people between the exchange and Medicaid, we’re covering up to 138% of poverty. It’s the same as Prop. 3," he countered.

Stanford said more could be done to encourage people to sign up who qualify for Medicaid coverage. She also believed the state would ultimately be forced to implement Prop. 3, but lawmakers built a few more steps before that happens.

"All along, we could have just done this simple, straightforward Medicaid expansion instead of being caught in this really complicated process," she said.