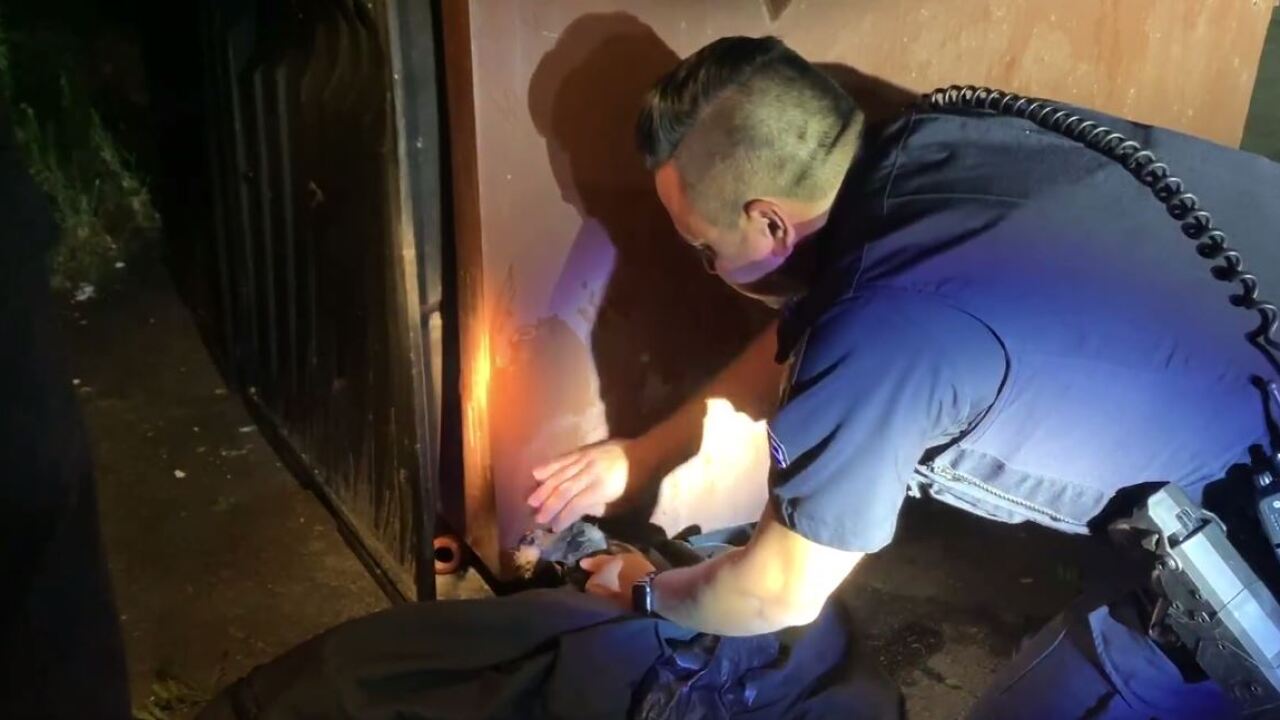 DAVIS COUNTY, Utah — Police in Davis County rescued a cat after the animal got its head stuck in a dumpster.

Bountiful Police helped North Salt Lake Police rescue the animal after an employee with Bomb Dilla spotted the cat struggling to free itself from the dumpster.

“A little teamwork and he got out and ran away!” Bountiful Police wrote. “I named him Slick, since he was made slippery to get him out.”

The officer said the cat’s urgent departure after the rescue was understandable.

“…and no, I wasn’t startled when he got free and ran off. It was a tactical retreat….”