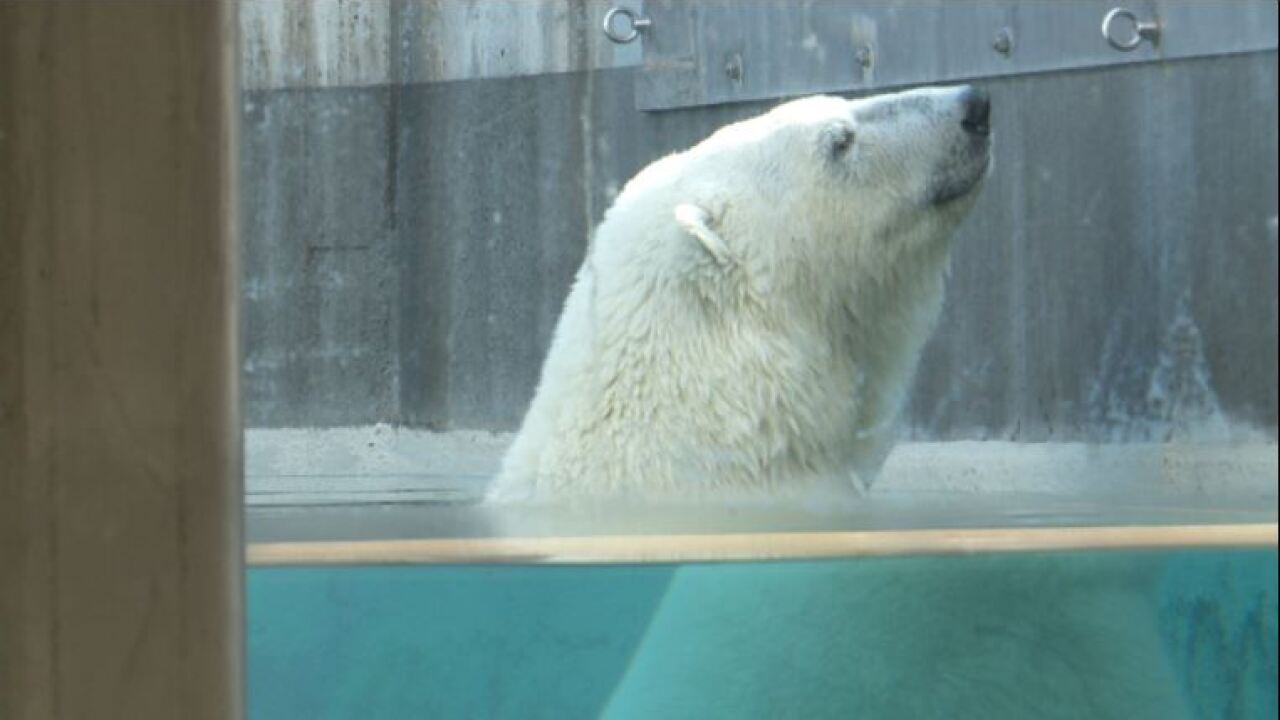 According to Hogle Zoo spokeswoman Erica Hansen, Nora has a global fan base and has been the subject of multiple video clips with millions of views.

“Some of her videos have gotten millions and millions of hits, of her rolling in bathtubs of ice and different things,” Hansen said. (Scroll down for a video clip of young Nora in an ice bath.)

Nora’s right front humerus broke, from her shoulder to her elbow, in February. Zookeepers believe the injury was a result of her “signature style of roughhouse play,” a news release from Hogle Zoo said.

“She’s a very rambunctious bear,” said Lead Keeper Kaleigh Jablonski in the news release. “It’s not unusual to watch her head-dive into the snow without any hesitation. She just plays rough.”

Veterinarians consulted with numerous zoos, veterinary surgeons, radiologists and human orthopedic specialists before assembling “a world-class surgical team” to repair the break in an eight-hour surgery on February 4.

“For the past week, keepers have been giving Nora access to her exhibit for an hour at a time, typically before the Zoo opens. This allows her to explore her modified (‘baby-proofed’) exhibit at her own pace,” the news release said.

Nora will probably not reunite with her fellow polar bear “Hope” until late September.

“At that time, the Animal Care team will perform another round of X-rays before the two 500+ pounds bears are brought together,” the news release said.

Hogle Zoo can not guarantee Nora will be in her exhibit on any type of set schedule, as zookeepers are still watching her for signs of soreness and stiffness.

“We are taking this at Nora’s speed and taking our cues from Nora,” Hansen said.