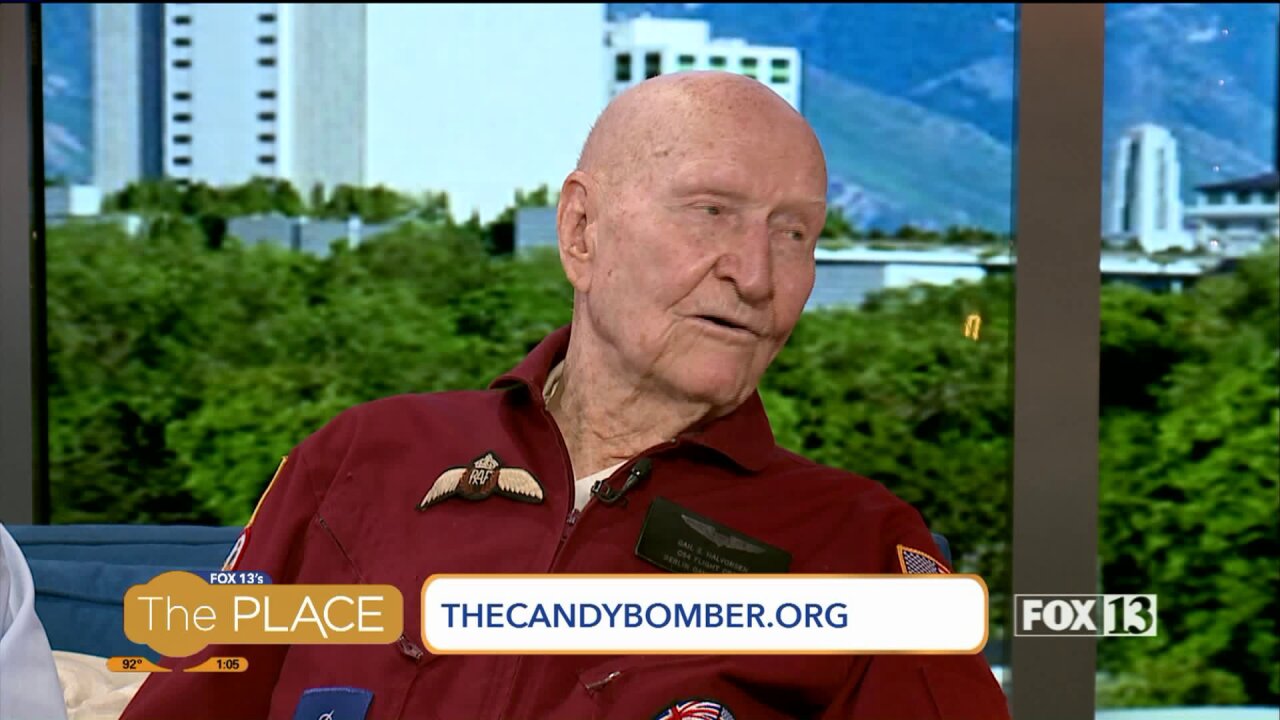 Colonel Gail Halvorsen is a retired officer and command pilot in the United States Air Force.

He is best known as the "Berlin Candy Bomber" and gained fame for dropping candy to German children during the Berlin Airlift from 1948 to 1949.

Colonel Halvorsen joined us along with Dr. Jim Stewart, Chairman of the Gail S. Halvorsen Education Foundation to talk about an exciting event coming up on August 24.  You're invited to "Aeroplanes, Trains and Automobiles" open house event from 10am to 4pm at the Spanish Fork Airport.  Colonel Halvorsen will participate in a commemorative candy drop at 3:30.

You can fly with Colonel Halvorsen by entering the silent auction for an open seat on the helicopter (min. bid: $1000)- send your bid to cchild@spanishfork.org.

All proceeds from the auction will go to the Foundation. For more info see: spanishfork.org/departments/airport/ata.php.