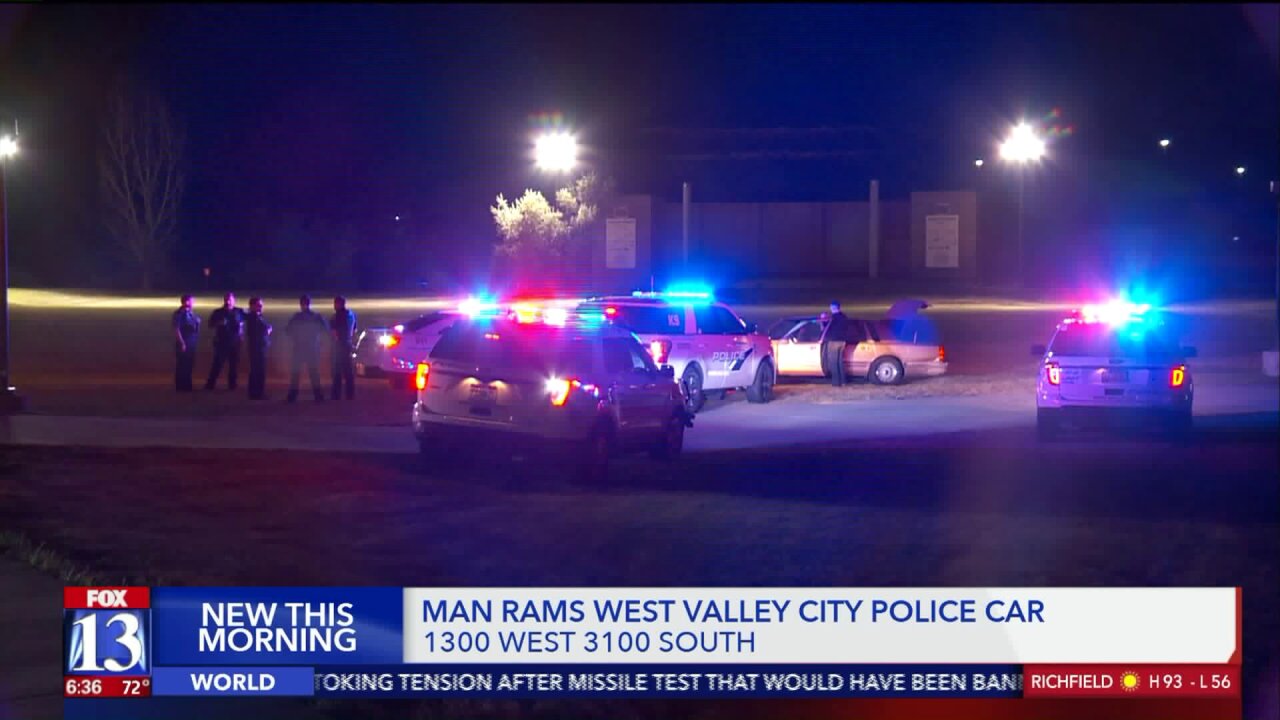 WEST VALLEY CITY, Utah -- A man was arrested after police said he rammed a patrol vehicle during a pursuit in West Valley City.

The incident started shortly before 1 a.m. Tuesday when police began a chase with a driver who was in a stolen vehicle they spotted along Redwood Road in West Valley City.

One officer tried to stop the vehicle using a PIT maneuver, and police said the man evaded that officer and rammed into another officer assisting in the pursuit.

A short time later another PIT attempt was successful and the chase ended. Police K-9s assisted in the arrest near 1300 West and 3100 South after that pursuit ended.

"He had a big open area that he was probably trying to get to so he could flee on foot once his vehicle was disabled, but with the presence of the K-9s he decided not to take that chance," said Lt. Shane Matheson with West Valley City Police.

The man who fled from officers was booked into jail and will likely face charges for the incident.

There were no injuries reported in connection with the chase.