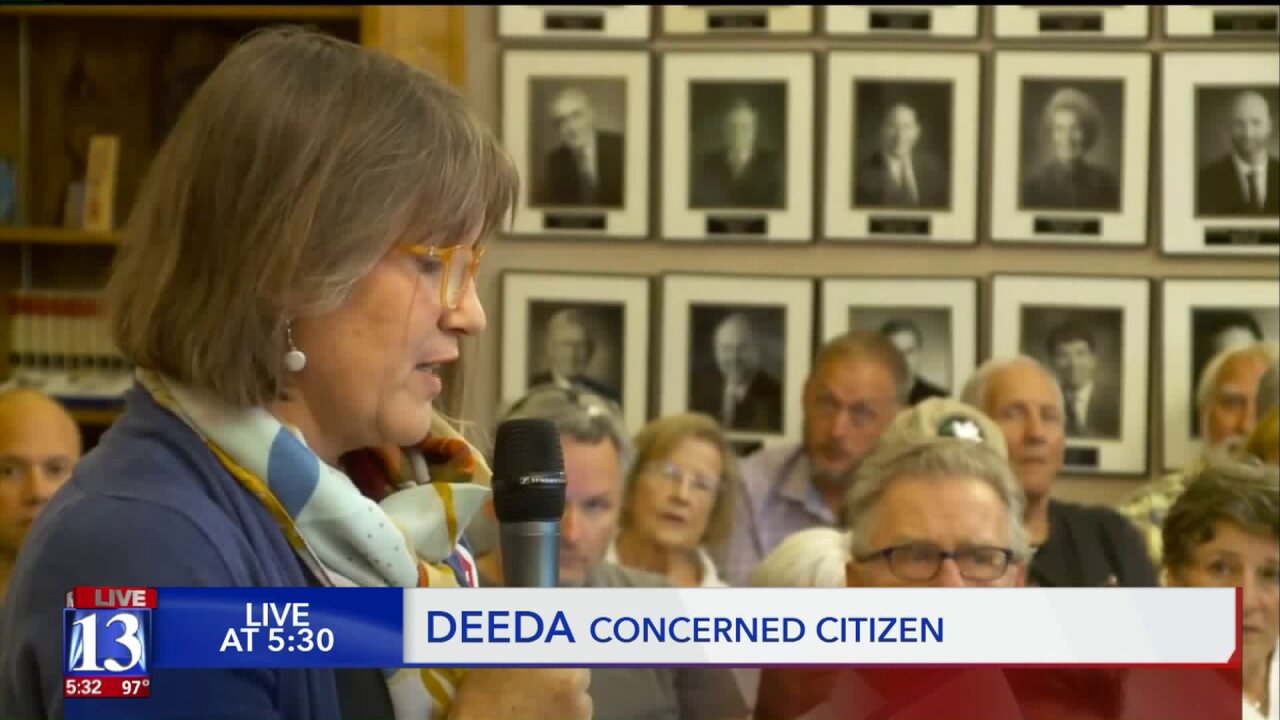 SALT LAKE CITY — More than 60 community members spoke out in opposition at the Salt Lake City Council meeting Tuesday, regarding the use of a tax increment agreement associated with the inland port.

“I do not want any of my tax dollars to be spent towards this project. I am concerned about the environmental impact it’s going to have on our city and state,” said one concerned citizen named Marina. “I also feel that this project is a direct threat to my basic human needs.”

A few weeks ago, some of those same people were involved in a protest that turned physical and aggressive.

This time, concerned citizens used the open meeting as an opportunity to give their two cents on a $28-million tax reimbursement that would be given to the development company over the next 20 years. The funds would be used for infrastructure improvements in the Northwest Quadrant where the inland port is set to be built.

Officials said the idea behind the inland port is to bring value to an underutilized area, providing a 6 million square foot warehouse that would feature 10 buildings — potentially bringing in 2,900 jobs.

“They are dirty, polluting, warehouse districts powered by diesel. They offer low-paying, frequently temporary employment, and the corporations building them seek tax breaks,” said Deeda, another community member who took the floor.

One of the main concerns voiced by residents was air quality. The inland port would also provide space for 2,000 semitrailers and 3,300 cars that would regularly travel I-80 and the surrounding area.

“It just appalls me that the city might subsidize the development of a project that would add more air pollution to an already grossly over polluted air share like ours here in the Salt Lake Valley,” said a man named Bob, wearing a t-shirt that said "I (heart) clean air."

The city council will vote on the tax increment agreement next week to determine whether or not that $28 million will go towards the inland port.