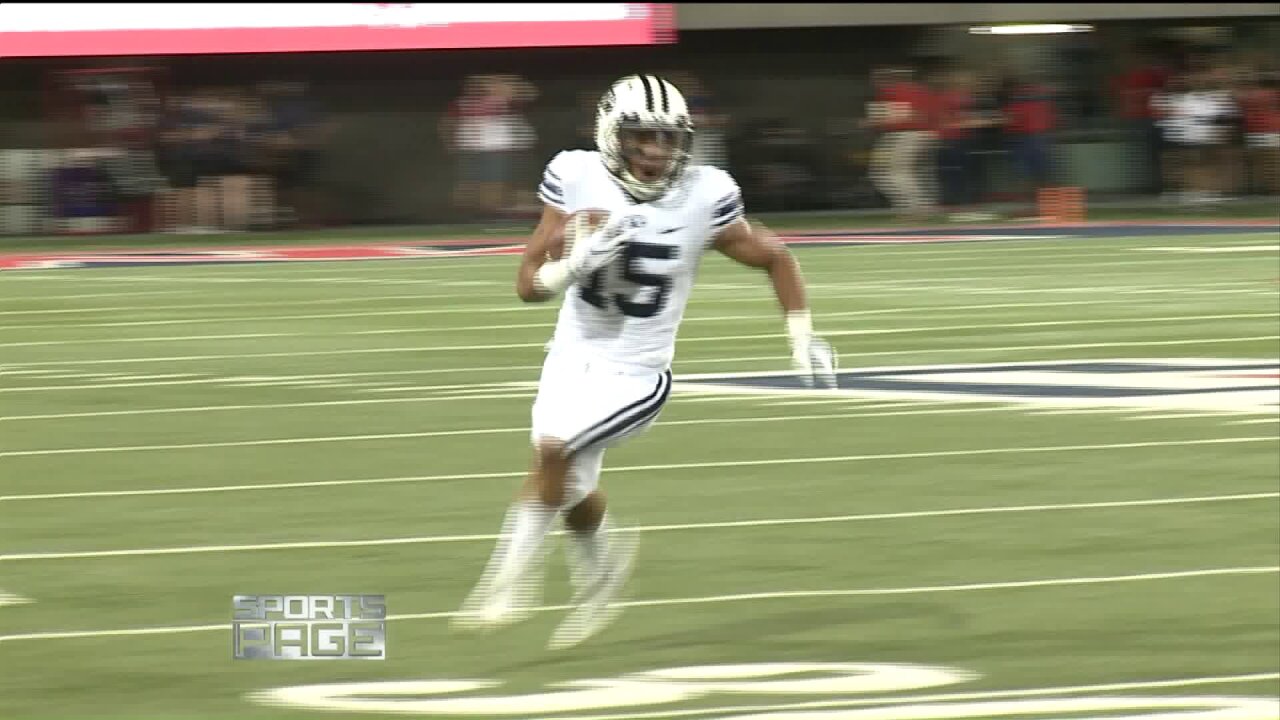 PROVO, Utah — BYU is gearing up to host the Utes, and last week in practice the Cougars' Head Coach Kalani Sitake said that if they can just get the ball to the receivers, they have a chance of being great.

One wideout who is ready to lead the pack is senior Aleva Hifo. Last season, Hifo lead the team in all-purpose yards, tallying 545. He was the go-to punt returner for the Cougars in 2018 and told Fox 13 that unlike in the past, he hopes the receivers can be counted on for 2019 season. Offensive Coordinator Jeff Grimes commented on the receiving core and thinks they stood out the most in the spring and it translated into the fall, seamlessly.

Hifo came to Provo because of his cousin Sione Takitaki, who was recently drafted by the Cleveland Browns in the 3rd round. Sione told Hifo about his time in Provo and he knew it would be a fit for him.

The duo of cousins played together for two seasons, and Hifo said it was a blast to play by his side.