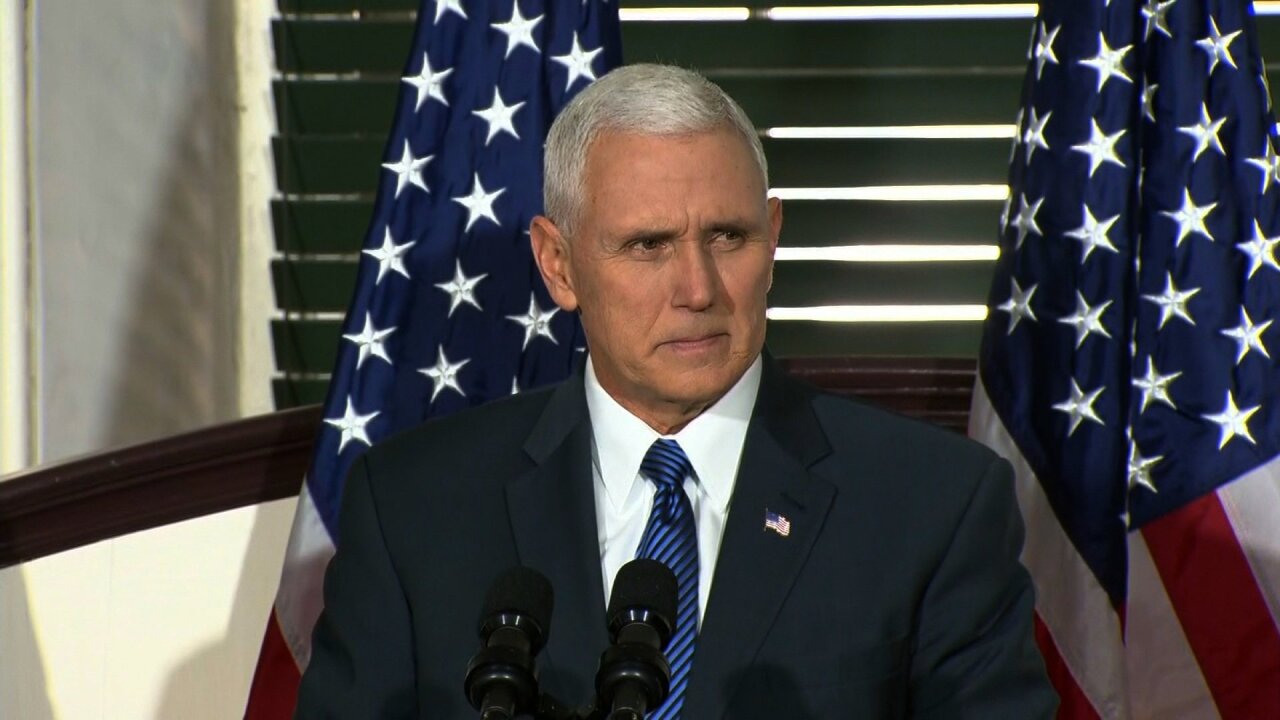 “We don’t want China’s markets to suffer. In fact, we want them to thrive,” Pence said during a speech at the Detroit Economic Club.

“For the United States to make a deal with China, Beijing needs to honor its commitments, beginning with the commitment China made in 1984 to respect the integrity of Hong Kong’s laws through the Sino-British joint declaration,” Pence said. “As the President said yesterday, it would be much harder for us to make a deal if something violent happens in Hong Kong.”

Pence’s stern words come a day after the President pivoted away from an earlier stance of neutrality over what happens to demonstrators in Hong Kong. The protest movement, which began in June over a now-shelved extradition bill, has since expanded to include calls for greater democracy and government accountability.

President Donald Trump told reporters Sunday that he’d like to see the situation in Hong Kong “worked out in a very humanitarian fashion.” Chinese President Xi Jinping, he said, “sure has the ability” to reach a resolution.

“I think it would be very good for the trade deal that we’re talking about,” Trump added.

Pence, in his Detroit remarks on Monday, said China’s open access to the US economy was made “in the hope that freedom in China would expand in all of its forms,” but over the last 17 years, China has not followed through economically, politically or in the realm of human rights. China, he said, has continued to pursue “an arsenal of policies inconsistent with free trade.”

And last week, the US also delayed tariffs on China slated to go into effect in September. The tariffs would have affected $300 billion worth of Chinese-made goods. The latest wave of tariffs has been delayed until December 15, after Trump’s advisers appealed to the President that the tariffs could have ruined Christmas.

Trade talks between American and Chinese officials in the US could be on the horizon, White House economic adviser Larry Kudlow told NBC’s “Meet the Press” on Sunday.

Kudlow said that following a call with Treasury Secretary Steven Mnuchin, US Trade Representative Robert Lighthizer and Chinese officials, there are plans for further talks with their offices’ deputies. If those meetings “pan out,” he said, there will be a principals meeting in the US to continue negotiations.