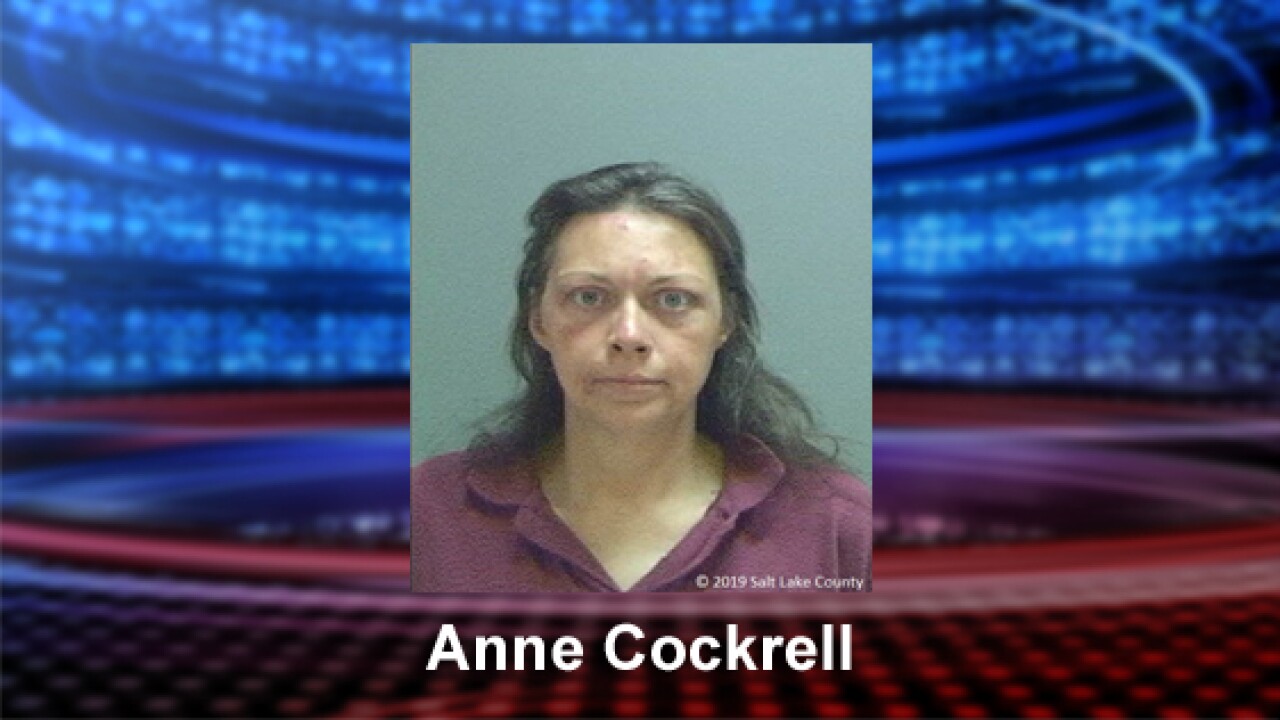 MIDVALE, Utah — A woman was arrested in Midvale on Saturday for abusing and assaulting her parents, police say.

A Salt Lake County Sheriff’s officer responded to a domestic call at a hotel in Midvale. Cockrell was away from the scene when the officer arrived.

According to the statement, Cockrell “went crazy on her mother and started beating and hitting her” inside the hotel where her parents stay.  Cockrell hit her mother with her own cane and oxygen tanks.

Cockrell’s father entered the room to break up the fight. She then began hitting him with her hands, cane and oxygen tanks.

Then she poured laundry detergent on both of her parents while telling them she wanted to kill them, the probable cause statement reports.

The report says her father had lacerations and bruising on his arms. It did not mention her mother’s condition. Both victims are over the age of 65.

Cockrell is being held in Salt Lake County Jail.