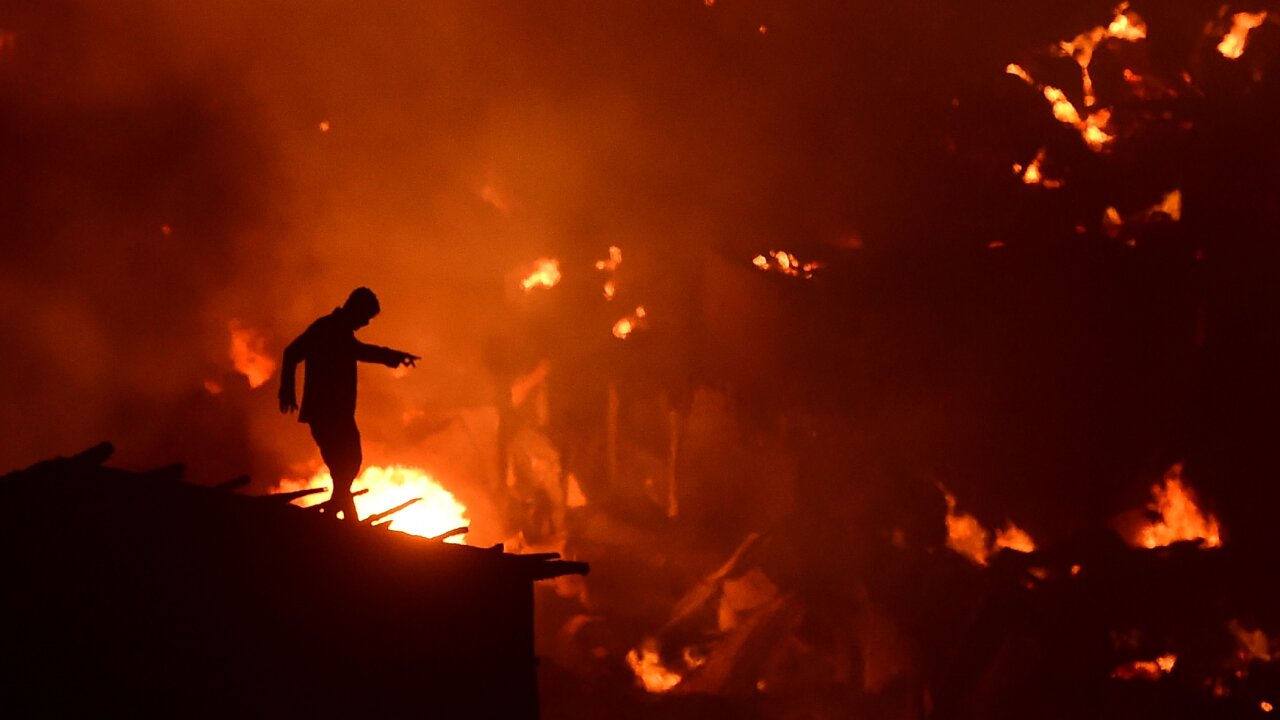 More than 10,000 people have been left homeless after a massive fire engulfed a slum in Bangladesh’s capital, Dhaka, destroying thousands of shanties, according to Bangladeshi officials.

The fire broke out Friday evening at the Chalantika slum in Dhaka’s Mirpur district on the northern outskirts of the city. Video footage showed the makeshift huts ablaze, with smoke billowing into the air.

Zillur Rahman, the director of the Bangladesh Fire Service, told CNN that the fire started at around 7:14 p.m. local time Friday and was put out by 11:35 p.m.

He reported that there were no casualties as a result of the blaze, but noted that four people were injured and taken to a local hospital.

“I could not salvage a single thing. I don’t know what I will do,” Abdul Hamid, who worked in the slum, told Agence France-Presse.

The majority of the slum’s residents are low-paid workers from nearby garment factories. Many of them were not at home at the time of the blaze as they were celebrating the Muslim festival of Eid al-Adha, according to officials.

“Otherwise, the damage would have been bigger,” Golam Rabbani, a local police chief, said.

Rabbani told CNN that more than 2,000 huts were destroyed in the blaze, leaving more than 10,000 people homeless.

Enamur Rahman, Bangladesh’s state minister for disaster management and relief, told CNN Sunday that around “80% of the slum has been completely or partially destroyed.”

Rahman noted that the government will provide 500 tons of rice and 1.3 million taka ($15,476) to every person affected by the fire.

Atiqul Islam, the mayor of the Dhaka North City Corporation which encompasses the slum, has also said that victims will continue to receive assistance from the authorities.

“All fundamental needs for the homeless people would continue until their rehabilitation,” he said at a press briefing, according the BSS, Bangladesh’s national news agency.

“Following the direction of the Prime Minister Sheikh Hasina, permanent establishments are being erected at Baunia embankment for slum people.”

The cause of the fire has not yet been determined, but CNN has been informed that a committee has been set up to investigate the incident and submit a report within 15 days.

Friday’s blaze is one of many to strike the densely populated Bangladeshi capital, with at least 100 people dying this year alone.

At least 111 people were killed in 2012 when a fire ripped through a clothing factory in Dhaka. A government inquiry later concluded that the incident was an “act of sabotage” after managers were found to have stopped employees leaving the building when the fire alarm sounded.