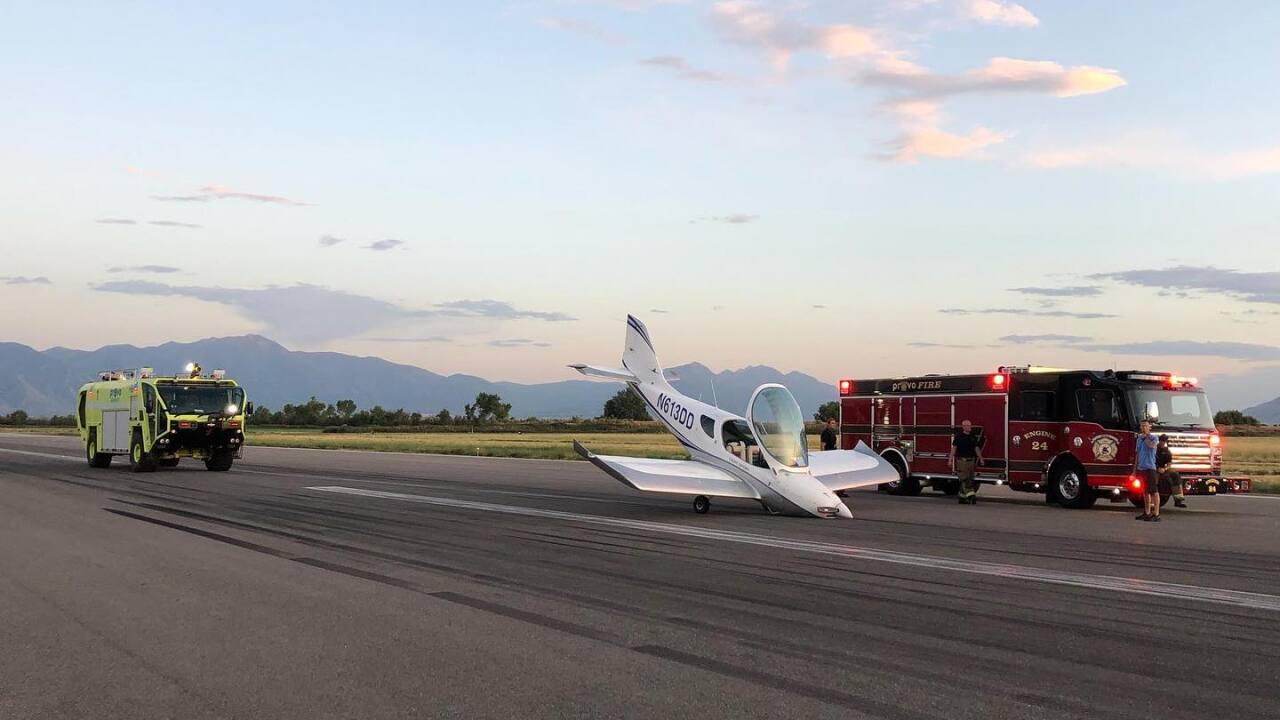 No one on board was injured, but the plane likely received significant damage to the engine, Provo Fire Battalion Chief Debby Shepherd told Fox 13.

Shepherd said the plane, a “light sport” aircraft, landed nose down on the runway. No damage was reported to the runway. Fire crews responded as a precaution, but there was no fire or danger of fire.