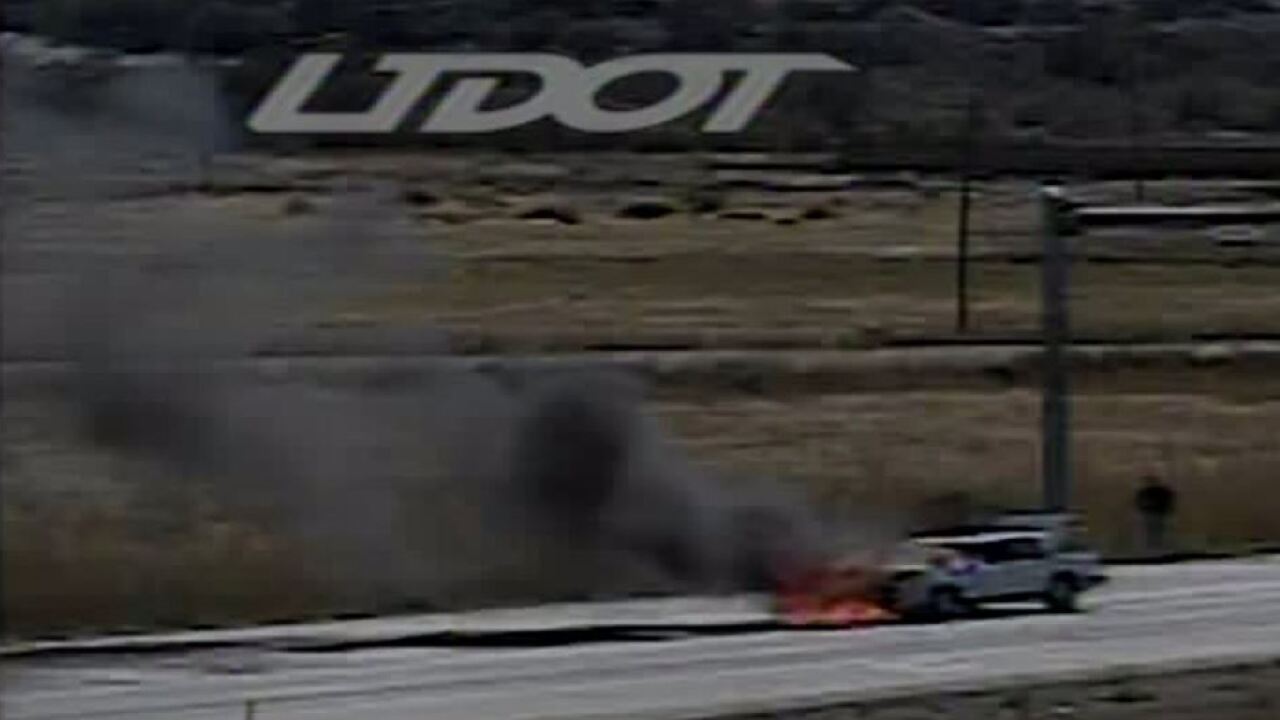 A smaller passenger car caught fire on eastbound S.R. 201 at about 4 p.m. A truck with a large water tank pulled up and appeared to spray the car with water shortly before fire engines arrived. All lanes were closed in the same direction as crews worked to put out the flames and smoke.

No information was available yet on the cause or any injuries to the occupants of the car, however no ambulances appeared to be on the scene.