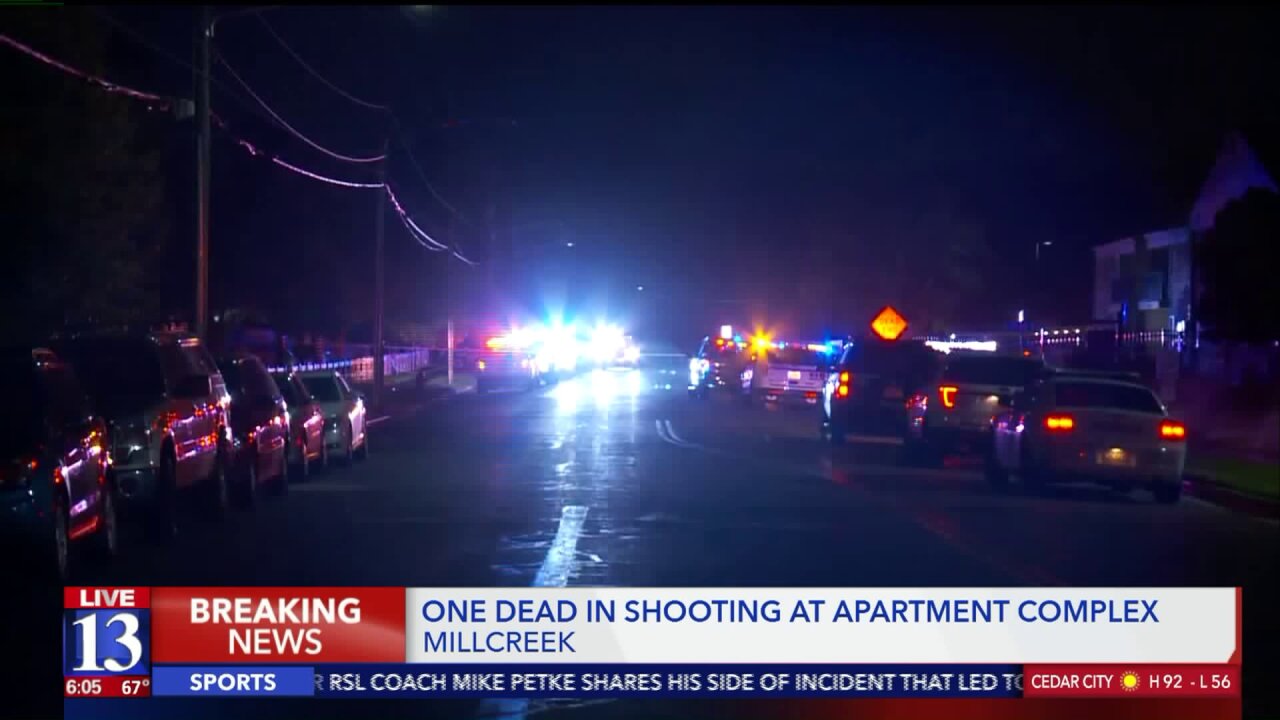 MILLCREEK, Utah -- Two men have been arrested in connection with a fatal shooting that occurred in Millcreek Wednesday morning.

The agency states two people have been arrested in connection with Kauvaka's death: 18-year-old Alekzander Ethan May of Midvale and 19-year-old Edgar Esquivel of West Jordan. Both men were booked into the Salt Lake County Jail.

Sgt. Melody Gray of the Unified Police Department said they were called to an apartment complex near 3900 South and 700 West around 2 a.m. on a call of shots fired.

"When officers arrived on scene they found a male in his 30s on the ground with an apparent gunshot wound," Gray said. "They did CPR. Shortly after the fire department arrived and declared that man deceased."

Police recovered the gun they believed was used in the shooting.

"We called in every K-9 unit in the city because of the large area," Gray said. "There is a canal and a wooded area that we wanted to search, so we got as many dogs as possible to get out and search."