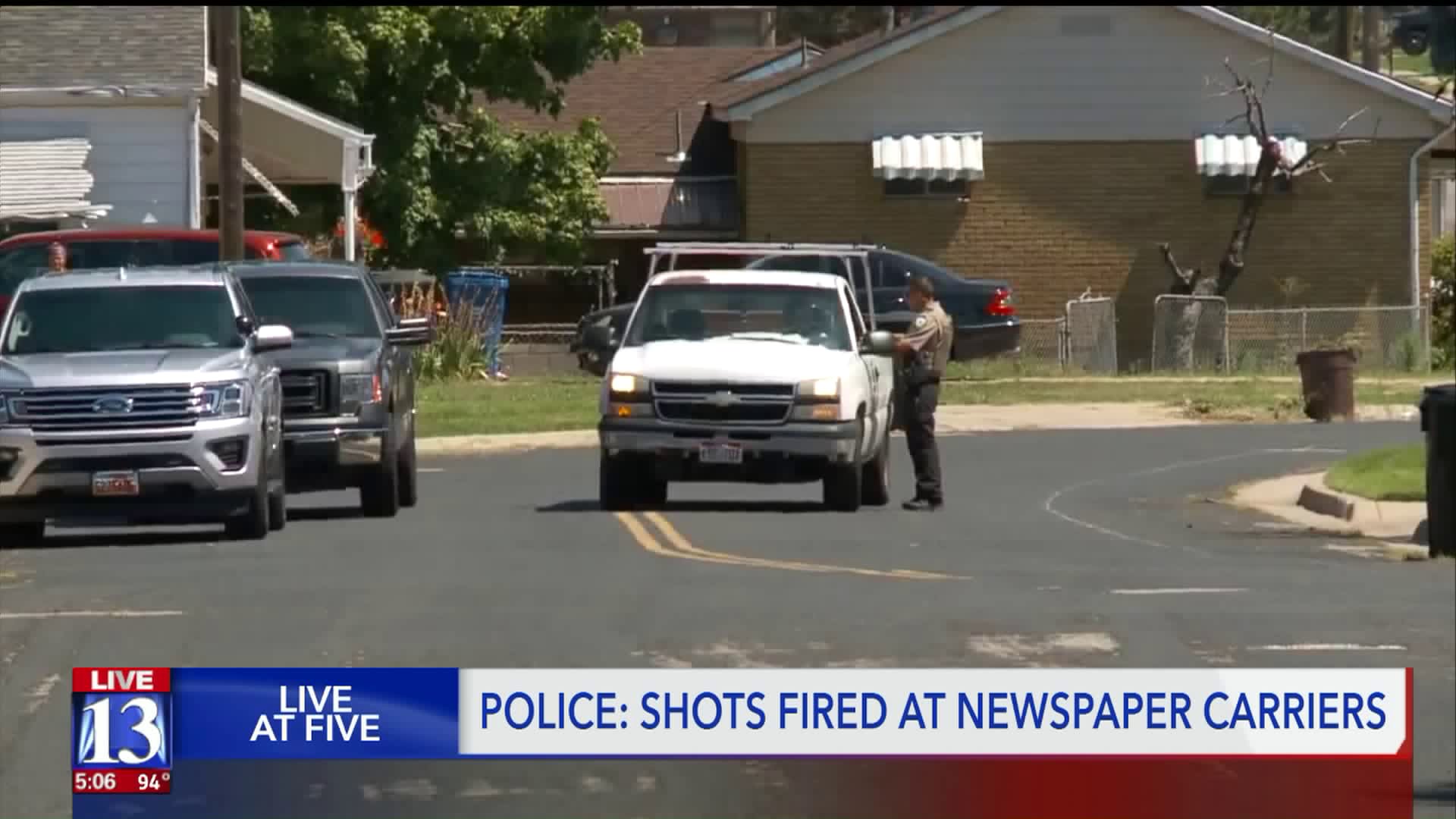 A shooter is on the run after police said he fired at two people working an early morning paper route in Weber County Wednesday. 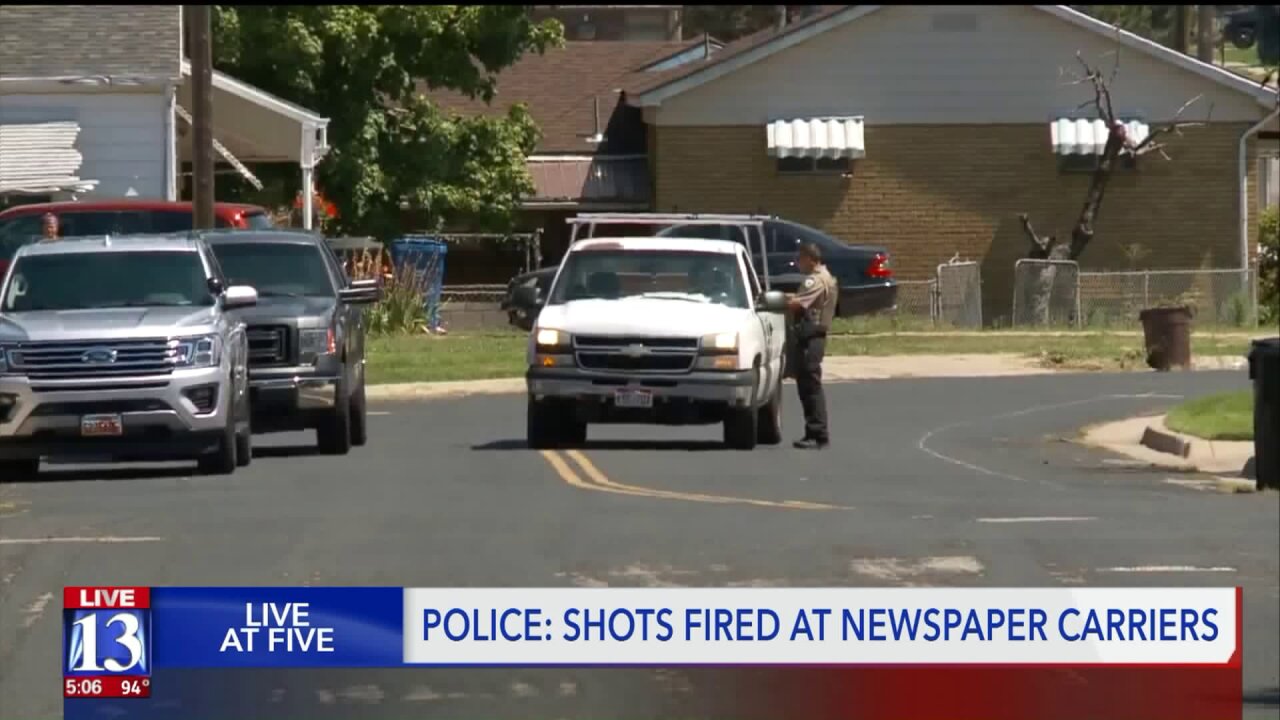 WASHINGTON TERRACE, Utah — A shooter is on the run after firing at two people working an early morning paper route in Weber County Wednesday, according to police.

Weber County Sheriff Lt. Cortney Ryan said deputies were following leads after a man asked the couple delivering newspapers what they were doing in the neighborhood.

Upset with their answer, the suspect fired at least six shots, according to Ryan.

“The flashes from the gun and the gunshots is all I can see. It was very scary for us,” said one of the shooting victims in a statement to FOX 13.

The Standard-Examiner employees took off and ended up in front of Wiemar’s home near 5000 South 500 West.

“It’s mind-boggling to think that your everyday person walking down the street has this unsettling feeling that it could happen to anybody,” said neighbor Zachary Wiemar.

Police say no one was hurt and the suspect is on the run, possibly driving a dark-colored sedan.

Anyone with information is urged to contact the Weber County Sheriff’s Office at 801-778-6600.