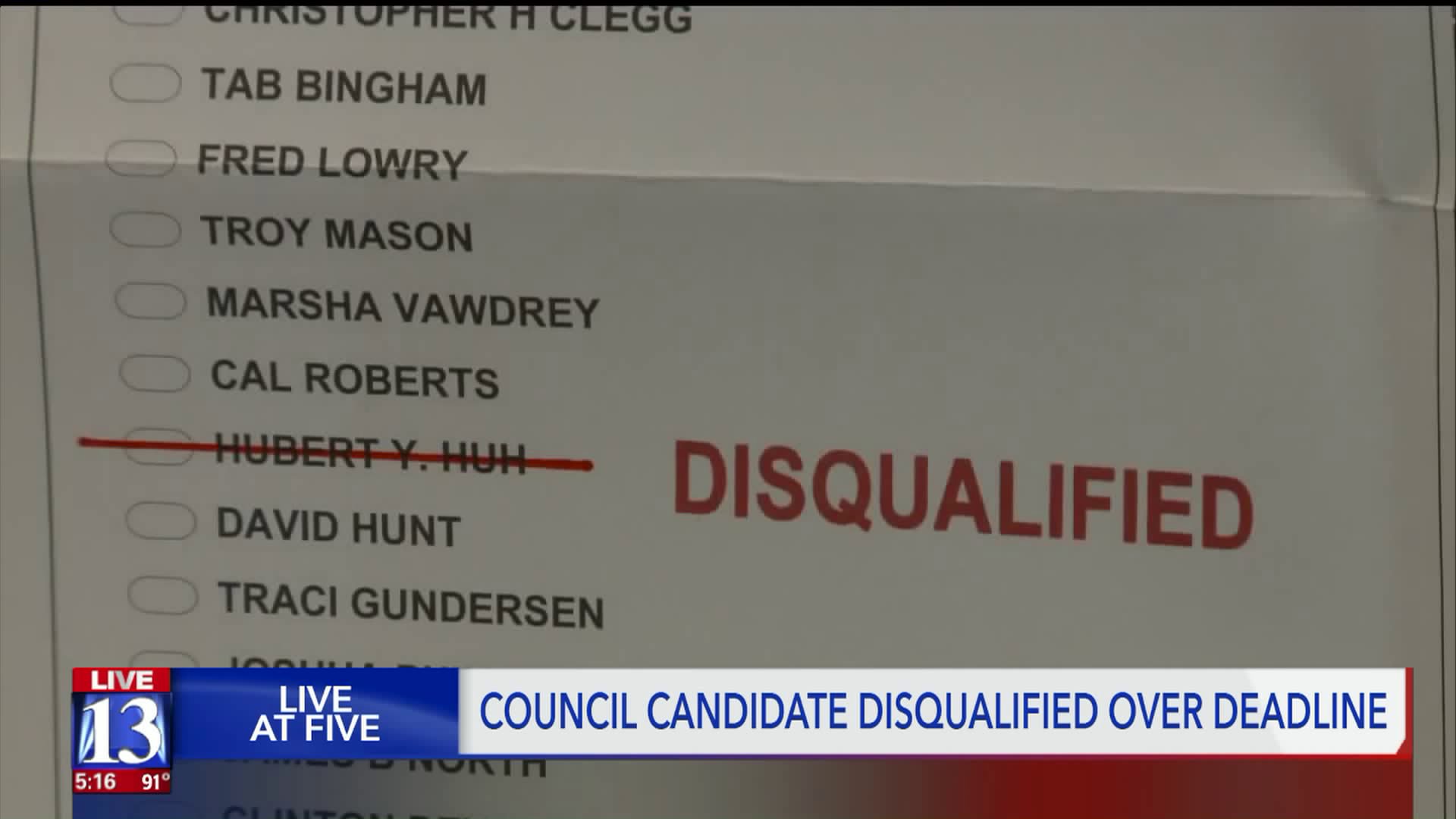 Hubert Huh was disqualified from the city council race after missed the deadline to file documents by just one minute. 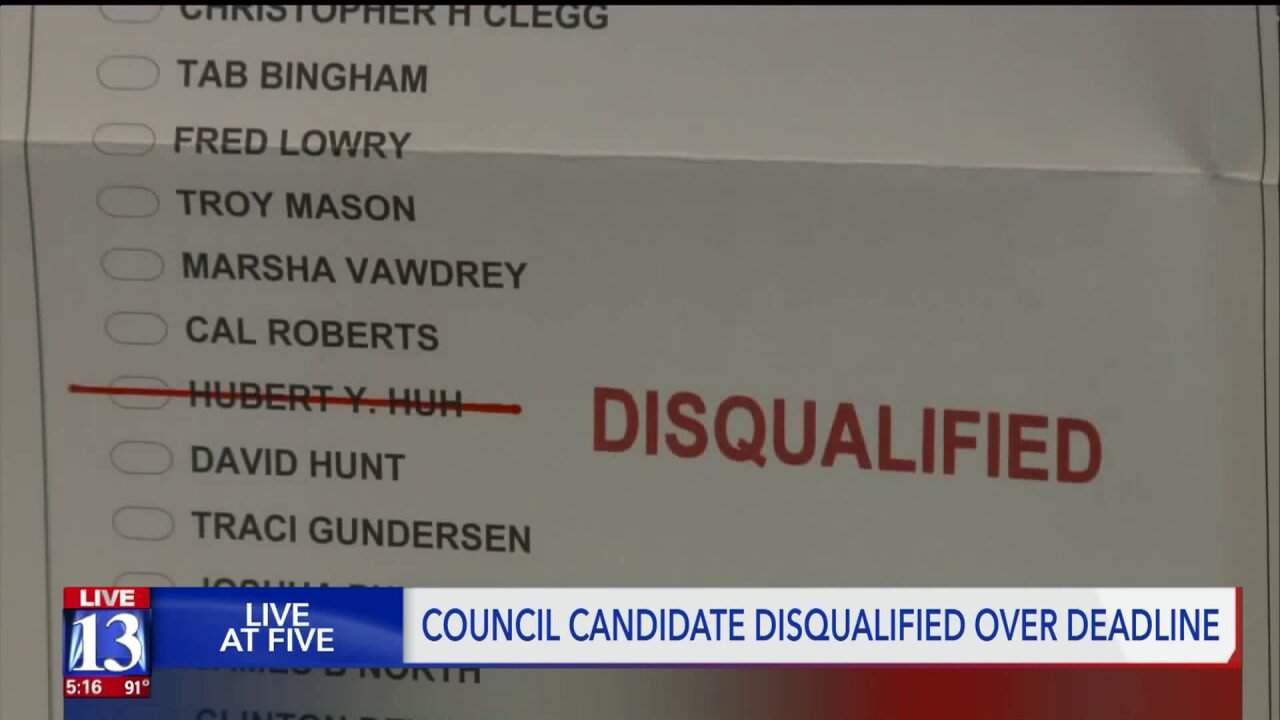 DRAPER, Utah — A candidate for Draper City Council says he was disqualified from Tuesday’s primary election because he tried to submit documents at city hall one minute late.

Sample ballots hanging at polling stations in Draper show candidate Hubert Huh with a big red strike through his name and the word “DISQUALIFIED” in big, red letters.

“I’m the only non-caucasian running for city council in Draper,” Huh said. “I’m thinking of all those voters, you know, those nice citizens of Draper who supported me.”

Huh is a Korean-American veteran of the U.S. Army who now works for the Utah Transportation Authority as a TRAX operator. He said he was confused because of a mistake made by the city recorder in giving him the wrong deadline to file his financial disclosure forms.

“She mailed a new letter to all the candidates and then sent a confirming email, which all of them responded to, including Hubert,” Walker explained. “He said, ‘Thank you.’ He got the email.”

Huh said he did not realize he was about to miss his deadline until he got a phone call from a friend at 4:45 p.m. on the 6th. Then he scrambled to get to city hall.

“If you voted for him, your vote doesn’t count. But that’s on him, not you,” Walker said. “I feel bad for him, but there’s nothing we can do.”

Walker said, unfortunately, the city cannot make an exception on the deadline to submit financial disclosure forms or else the integrity of the election would be compromised. The forms are an important part of the democratic process, allowing voters to see who is donating to each campaign.

“I personally like Hubert. I think he’s a really decent guy, and I think he probably would be a good council member,” Walker said. “If our recorder had not fixed it timely, I could see an argument there, but she fixed it on the same day.”

Huh said he is now looking at legal remedies to see if he can figure out a way to appeal the city’s decision.

FOX 13 has submitted a public records request for a timestamped copy of surveillance video within city hall that day.

The city maintains that — even if Huh arrived at 4:59 instead of 5:01 — he still did not have the completed forms with him to submit.