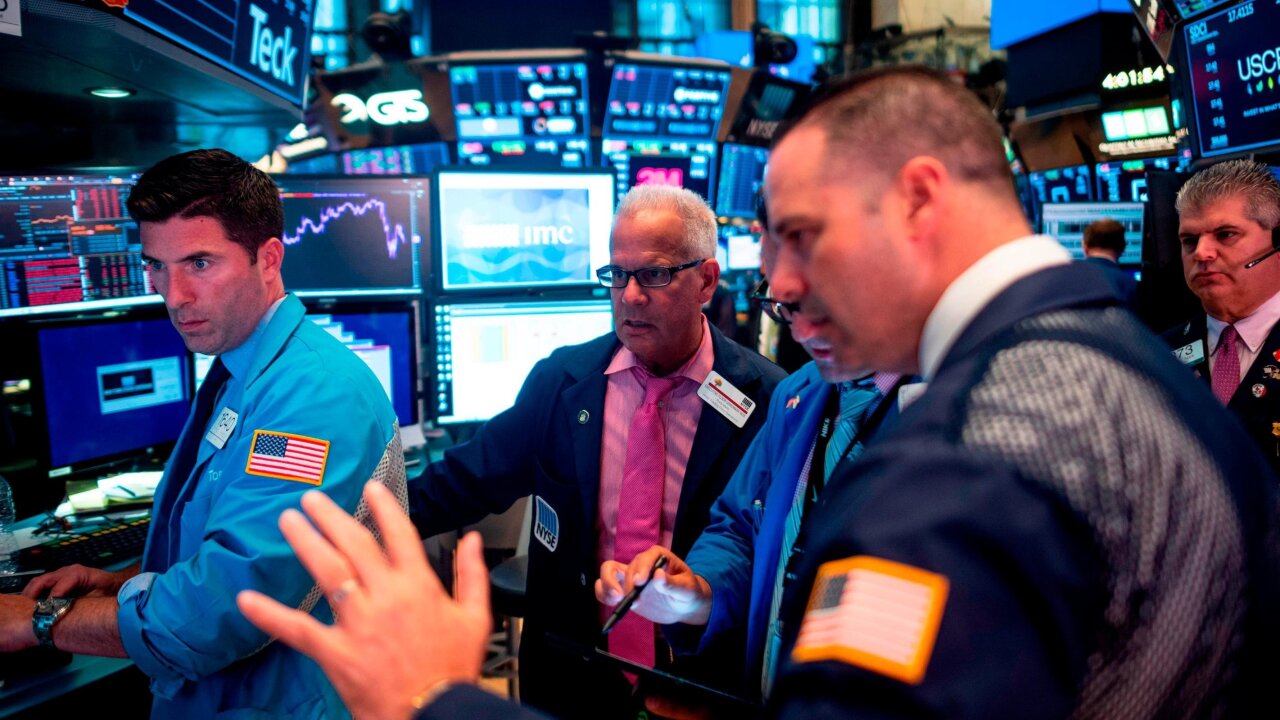 Stocks rose just after the opening bell Tuesday, erasing an early deficit after the US government reported a bigger uptick in a key measure of consumer prices than expected.

The US Trade Representative announced a delay in new tariffs on several categories of Chinese-made consumer goods until December 15. Those goods include cell phones, laptop computers, video game consoles, certain toys, computer monitors, and certain items of footwear and clothing.

The Dow finished the day with a gain of about 373 points, or 1.4%, recovering much of the losses from Monday’s nearly 400-point drop and snapping a two-day losing streak for the broader market. The S&P 500 gained 1.5% while the Nasdaq rose 2%.

“If anyone had doubts that trade was the thing hanging over the market, today seals it,” said Bill Stone, chief investment officer with Avalon Investment & Advisory.

“Things had gotten so negative that people weren’t seeing any positive outcomes in sight. This offers a glimmer of hope, but we’re far from getting an actual deal,” Stone added.

Apple and Nike surged
Tech stocks were among the market’s biggest winners. Apple surged 4% while chipmakers Nvidia and Intel were up about 3%.

Sneaker giant Nike rose 2% as well while toymakers Hasbro and Mattel were up nearly 3% and 5% respectively. Best Buy soared more than 6%.

Chinese stocks that trade in the United States also skyrocketed. Online retailer JD.com was up nearly 13% after reporting better-than-expected sales and earnings. Rival Alibaba, which will report its results Thursday, rose about 3%.

The news from the USTR was announced shortly after China’s Ministry of Commerce said that vice premier Liu He spoke with US Trade Representative Robert Lighthizer and Treasury Secretary Steven Mnuchin about trade issues and will talk again in two weeks.

The apparent ceasefire in the trade war delighted investors, but one economist thinks the rally was unjustified.

“I don’t think this really means much. It’s nothing more than the US and China trying to see if there’s a reason to resume negotiations in earnest,” said Steven Ricchiuto, US chief economist with Mizuho Americas. “The market got an excuse to buy stocks but I don’t think this rally is sustainable.”

The latest trade developments also overshadowed earlier concerns that a spike in a key measure of inflation reported Tuesday morning could complicate matters for the Federal Reserve.

The Fed recently cut interest rates for the first time since 2008 and is expected to lower rates further due to a sluggish global economy that’s hurting as a result of the US-China trade war and weak demand in the UK and Europe.

The so-called core consumer price index, which excludes food and energy costs, rose more than forecast in July for the second straight month and has now increased 2.2% over the past year. That’s the biggest increase in six months.

The Fed typically raises rates when inflation is creeping higher, but the central bank has been criticized by President Trump for possibly hiking rates too aggressively in the past few years and being too slow to cut rates in 2019.

The return of market volatility in recent weeks is unnerving investors, especially those looking to save for retirement. That’s especially the case since stocks have been the only game in town for conservative investors.

The benchmark US-10 Year Treasury is now hovering around 1.69%, not far from its lowest level in about three years, while the 30-Year Treasury, with a yield of near 2.15%, is approaching an all-time low.

Yields in the UK are near zero as well while long-term rates in Japan and much of Europe are now in negative territory.