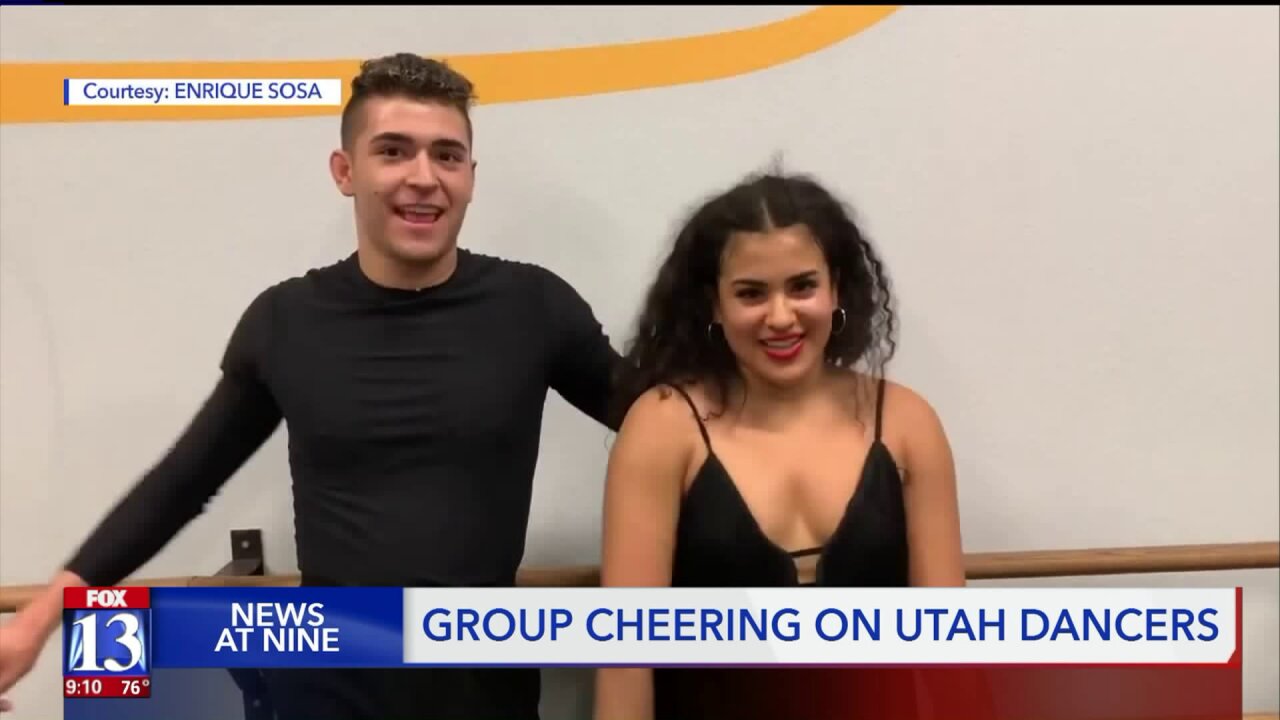 OREM, Utah — An exciting night for not one, but three Utah teenagers as they compete in the top ten of Fox’s So You Think You Can Dance - including a brother, sister duo with some extremely proud parents.

It’s thousands of parents hope for, but few actually get to see - they’re children being chosen among the thousands to compete for the title of being one of the best dancers in America.

“What they’ve accomplished, is just incredible,” Enrique Sosa said as he stood next to his wife, Lucy, as they stood by mirror that lined the wall inside Center Stage Performing Arts Center in Orem, Utah.

“Honestly, we thought one was going to make it, probably because of how well they were doing… but both?” he said.

Their teenagers, Stephanie, 19, and Ezra, 18, are among the elite; chosen among the masses to give it their all in the top ten.

“Getting a phone call, first from Ezra, and he was in tears saying, ‘I made it,’” Enrique recalled the morning he found out his son had made it to the top ten.

“And then waiting until the end of the day, getting a phone call at ten o’clock and Stephanie is sobbing, so we don’t know if she made it or not,” he continued. “We go, ‘what happened, what happened?’ and she goes, ‘I made it,’ that was the moment that we both, all of us, we were very emotional.”

For the Sosa’s having both children on the show is a fairy tale.

“This is a dream,” Enrique said.

Seeing them compete in the top ten, is even better.

“When am i going to wake up?” he smiled. “Both? On the same show? And I’m screaming and yelling as loud as I can.”

Mary Murphy, one of the judge’s on SYTYCD, told Fox 13 contestants from Utah are among the best thanks to a comprehensive dance studio in Orem called Center Stage.

“Usually, when we get one of the kids from Utah, they come very well trained,” Murphy said. “Stephanie and Ezra are amazing together, I have very high hopes for them.”

Even though the biggest challenge, actually claiming the title, is still ahead - if you ask Enrique and Lucy, they’ve already won.

“When they’re on stage, they turn on. They know how to get to you and I’m not surprised if tonight you see some incredible things happening, for Utah especially,” Enrique said.

If you would like to vote for Stephanie Sosa, Ezra Sosa, or Eddie Hoyt (the other Utah contender who also trains at Center State), you can do so online or via call/text.  Click here for details on voting.