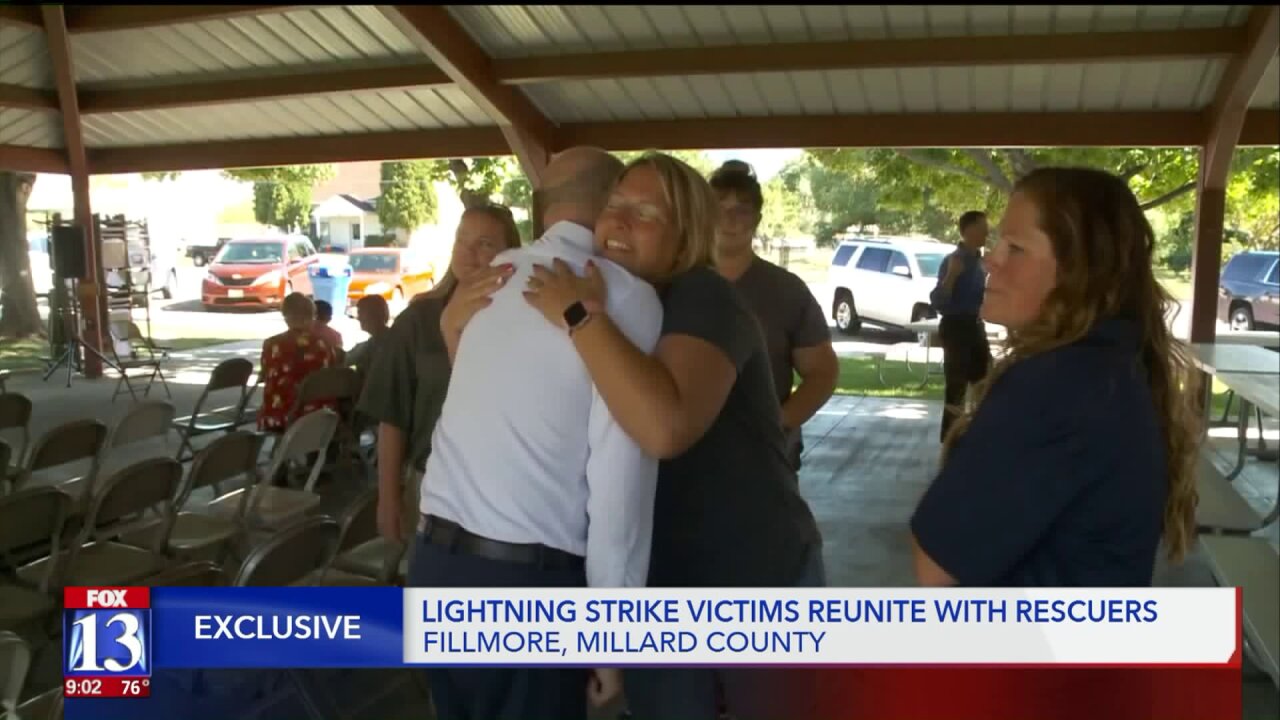 FILLMORE, Utah — For the first time, a man and his daughter struck by lightning met the first responders who saved their lives.

Scott Robinson and his daughter Chloe were at a Church of Jesus Christ of Latter-day Saints youth conference in Filmore when a lightning bolt hit them.

The Robinsons, who are from Taylorsville, said they can’t remember the incident, but first responders do.

Kimberly Rowell has been an EMT for 18 years and has only seen two people saved when CPR was begun prior to medical teams responding— Scott is one of those cases.

“We heard the lightning go off and it shook our house,” Rowell said.

Seconds later, her pager went off. Dropping everything, she drove to the center of Fillmore where the youth conference was being held.

“Please don’t get struck by lightning,” Rowell thought as she ran across the park.

When she walked in, church members were giving Scott a blessing.

“The prayers and the blessings helped,” he said. “But without the EMTs and first responders, I wouldn’t be here.”

Chloe remembers waking up and being flown to the hospital, then realizing she wasn’t the only one hit.

“The only thing that scared me was that my dad was in critical condition,” she said

A strong bond between father and daughter became stronger that night.

Chloe has fully recovered, while Scott has nerve damage that is still healing, along with trying to get his energy levels back.

Meeting Rowell and the doctors who helped save him and his daughter let Scott show his gratitude for good people and for the life they live.

“Something like this happens and you just focus on what matters: my family,” Scott said.

It was the Robinsons' first time back to what they call “the lightning tree,” an experience they said was therapeutic.