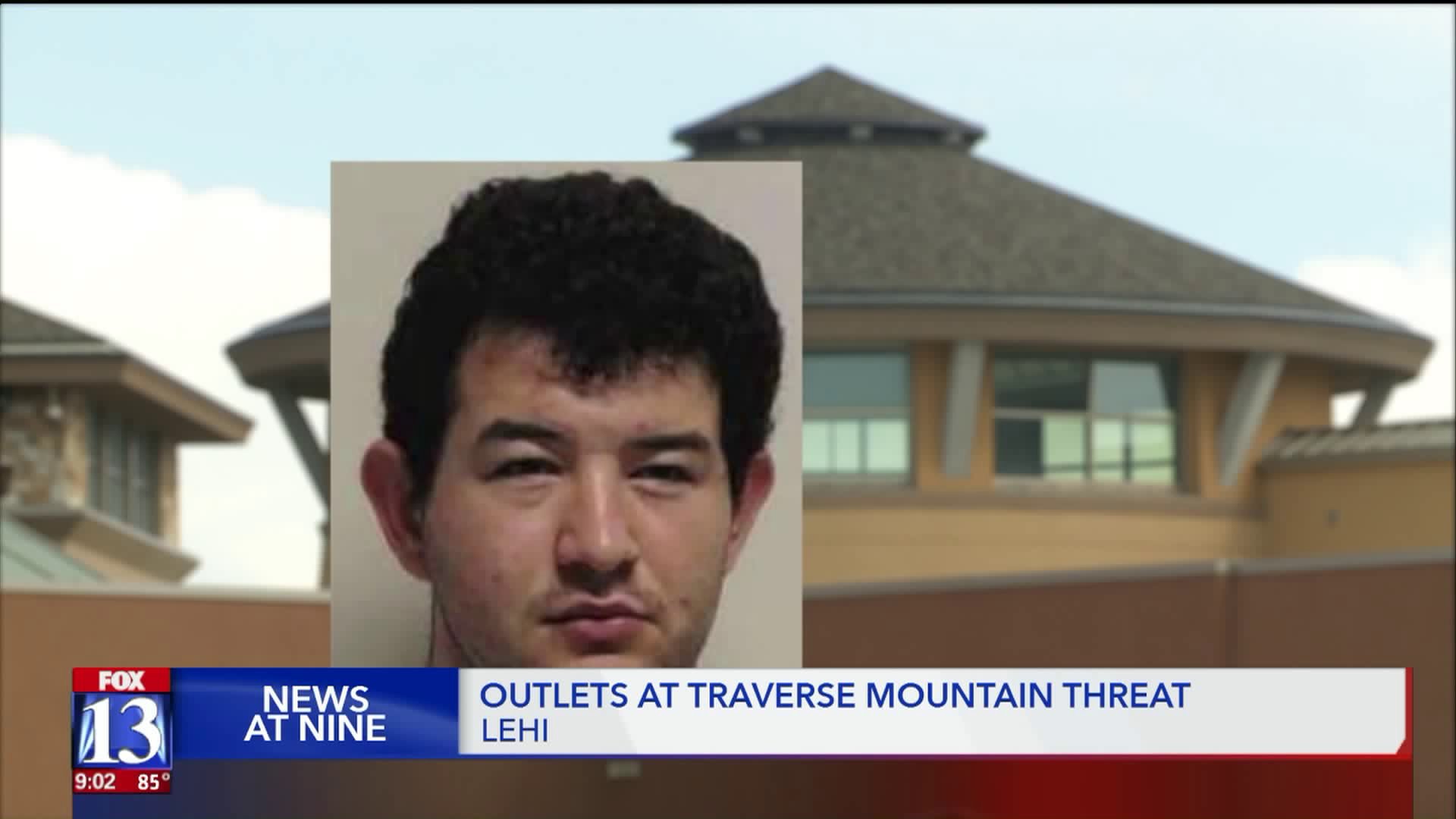 Police arrested a man Wednesday who they say called in a threat to an outlet mall as a "prank." 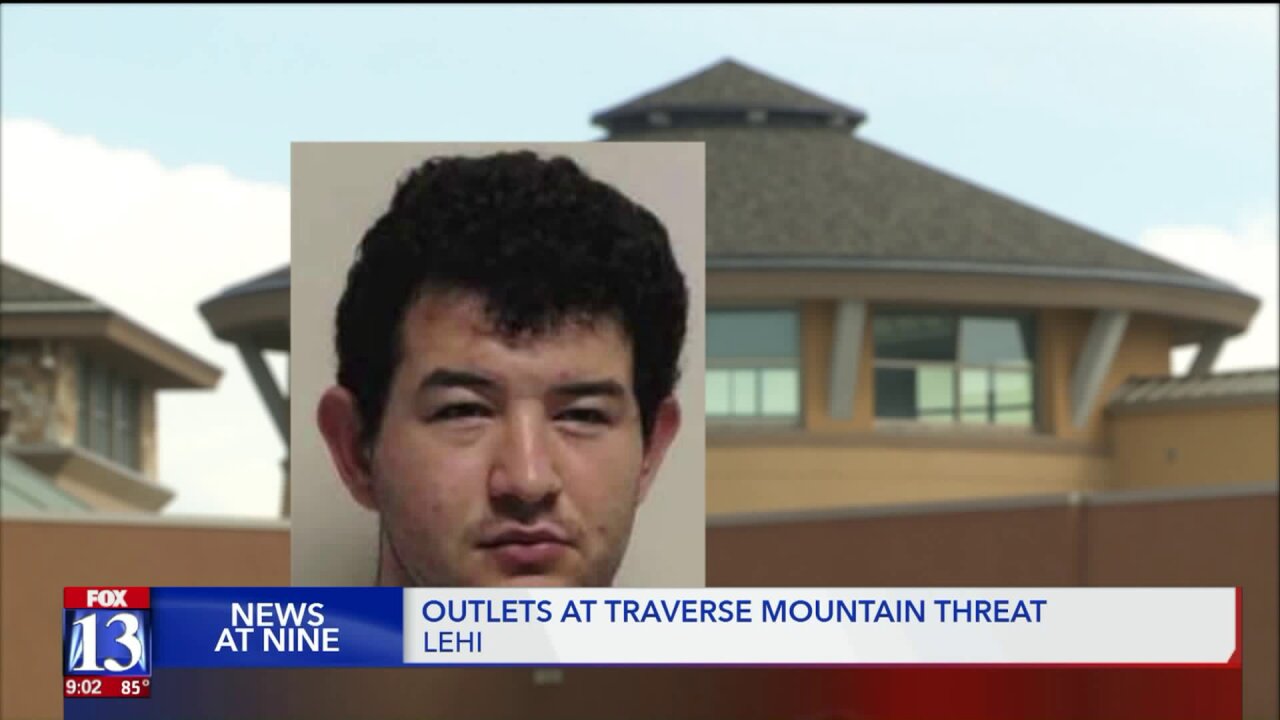 LEHI, Utah — A man was arrested Wednesday for a phone call that he claimed was intended as a prank.

Colton John Shay Cox, 21, left a voicemail message with the Outlets at Traverse Mountain early Wednesday morning, telling them to not hold an upcoming shopping event on “my soil," according to the police report. Police say Cox threatened “bad news to come to you” if they didn't cancel the event — "Kidchella," a free back-to-school event on Saturday.

"You won't even see it coming," he said in the message, disguising his voice in a foreign accent, the police report states.

Police traced the phone number to Cox and went to his home in Draper. In an interview, he reportedly admitted to making the call as a "prank."

“He definitely had a threatening tone and verbiage, and I took it much more seriously than just a kid’s prank,” said Teri Sunderland, the general manager of the outlets. “Every year we celebrate back to school, we host an event. This year we put a Kidchella spin on it, so you can hear -- it’s music, it’s lot’s of color, it’s fun, family-friendly activities.”

The event continued as planned on Saturday – except with a few more police officers than usual.

“He saw a billboard driving along I-15… a billboard advertising for the event,” Boyle said. “He didn’t feel that the event represented his own beliefs I guess, maybe had more of a liberal tone to it?”

The alleged phone call was made the morning after Valley Fair Mall was evacuated in a panic due to a false alarm of a shooting.

He was booked in the Utah County Jail on one "threat of terrorism" count, a third-degree felony. He posted bail on Friday.

The outlet mall released a statement in response, thanking the police and saying management will continue to cooperate with the investigation.