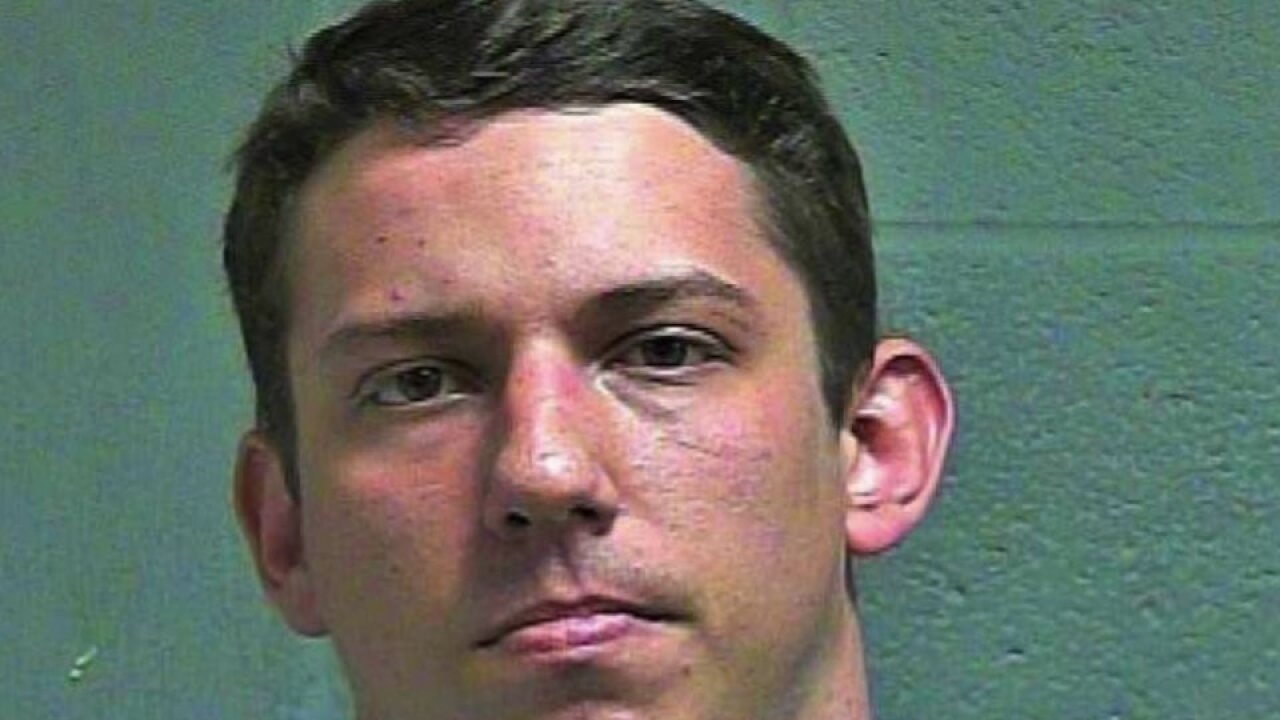 A Nichols Hills woman says she was home alone when a man forced his way inside.

She picked up the phone and called 911.

“Hi, someone is trying to break into my house,” the woman said to 911.

Police say Steven Gary chunked a “brick through the back glass” to get in.

He took off after hearing the woman inside scream but she wasn’t going to let him get away without putting up a fight.

The woman ran after him and thinking quickly snapped a picture of the getaway car as it sped off down Wilshire Blvd. towards May.

“He’s in a gold champagne minivan,” the woman said.

The vehicle’s tag number was clear as day to investigators.

Police quickly put the puzzle together, realizing this isn’t the first time a champagne-colored minivan has been reported in a burglary.

A number of open cases and unsolved mysteries centered around a mystery man driving away in a gold Toyota Sienna, including cars broken into at a gas station a couple miles down the road and allegedly even Gary’s own next-door neighbors inside a gated community in Northwest Oklahoma City.

Police say Gary was just released from jail weeks before when Hooman Larki accused him of stealing $2,000 worth of tools.

News 4 broke the news to him on Friday that Gary was accused once again in a bold crime.

According to police, it’s the same thief, same tactic, and same getaway car every time, including surveillance footage showing a gold van speeding off after another alleged crime.

“They had that much confidence to go through the cameras, windows down and hands out and just chilling,” Larki said.

As for the most recent case, Gary has been charged with one count of attempted burglary.

On Friday, he was also charged with additional burglary charges and concealing stolen property.

Police say they were able to search Gary’s property and recover some of the stolen items from his neighbors.

Gary is still in jail as of Friday night.