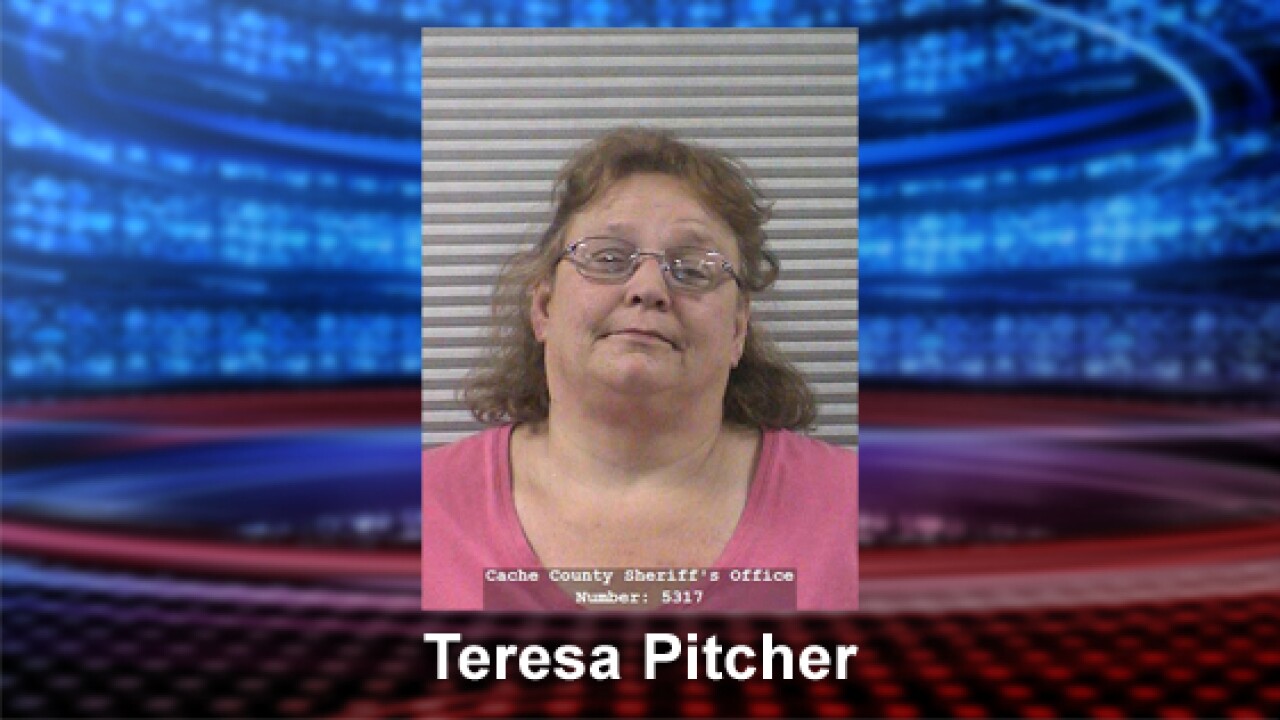 LOGAN, Utah — A woman was arrested Friday on suspicion of having sexual activity with an inmate and bringing contraband into the Cache County Jail.

Teresa Pitcher, 54, worked for a company that was contracted to provide food services to the jail for a few months before she was arrested and released from employment, according to Cache County Sheriff Chad Jensen.

The sheriff’s office launched an investigation and found out oral sex had taken place at least once, Jensen said.

The sheriff said they also discovered that Pitcher had brought contraband into the jail.

The inmate involved was a state inmate being housed in the county jail, Jensen said. He was transferred back to the prison, and Pitcher was booked on a 3rd-degree felony charge of custodial sexual relations.

Formal charges are expected from the county attorney’s office next week.