#GreenShirtGuy: How I went viral 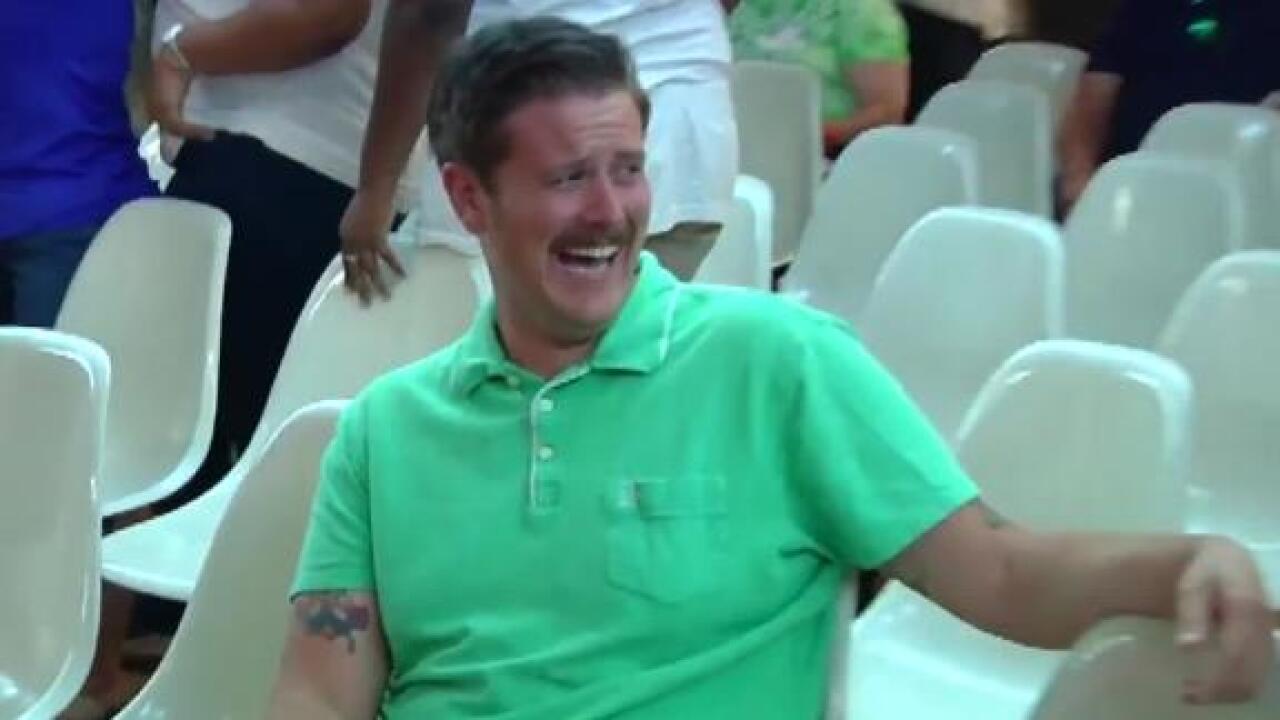 By: CNN Wire
Posted at 9:14 PM, Aug 09, 2019
Editor’s note: Alex Kack is a field organizer with the People’s Defense Initiative and a meme. The views expressed in this commentary belong to the author.

Being famous for nothing is a strange thing to process.

On Tuesday night, I attended a City Council meeting in Tucson, Arizona, and the next morning, I woke up as a meme.

It started when my colleagues and I went to witness the mayor and City Council vote on whether to place our Sanctuary City community-led initiative Tucson Families Free & Together on the ballot for the municipal elections this fall. This vote was purely procedural, as we had gathered enough signatures to qualify. We expected a very straightforward, uneventful meeting. Instead, what followed was a bizarre circus of local political theater that wound up being seen around the world.

Two anti-immigration activists created an uproar. During the meeting, they began to yell and wave their signs around while one filmed the commotion on her phone. It was obvious that they had missed the entire point: that this was just a formality and the requirements to get the measure on the ballot had been met.

Some people fled the awkwardness, others booed and tried to yell over them, one man clutched his banjo, and I just sat there and laughed.

In the past 48 hours, I’ve gained over 50,000 Twitter followers, received praise, been called all sorts of names and even got to see myself on Stephen Colbert. It’s been surreal to say the least, and it’s all because I did something simple and natural. I just laughed.

In the flurry of weird interviews I’ve done in the past few days, I have been repeatedly asked what was going through my head at that viral moment. Why was I laughing? Was it an intentional response? Was it some form of protest or statement of nonviolence?

This is the question I still have the hardest time answering. If you’ve seen the video, you saw the scene that unfolded. If you had been there, wouldn’t you laugh, too? Sitting inches away from people making fools of themselves, disrupting a public forum to spew hate and accomplish nothing, how else could you respond?

As much as some people may want me to, I’m not going to say that laughter and mockery are always the way to counter those who harbor hateful ideologies or preach against freedom, equality, and social justice. I was lucky in many ways to be where I was: inches away from hate but miles away from danger. In another locale, or with different bigots, I could have been in serious trouble.

There’s a philosophical debate about how we as a society should best respond to the scourge of bigotry, white supremacy, xenophobia and fascism. I don’t have an answer to it. It’s possible there isn’t a right answer at all.

But apparently, my goofy, full-body laugh resonated. Maybe it was just one more strange thing in an already strange scene. Or, maybe, a lot of you felt like I did at the end of that clip: that laughing at the absurdity of hatred helps process it and helps to cleanse the mind of these toxic ideologies.

On Wednesday morning, as this whole thing was blowing up online, I managed to take a minute between interviews to talk to my dad, who quoted Elvis Costello’s “Red Shoes”: “I used to be disgusted, now I try to be amused.” Humor, to me, has always been a natural reaction to tragedy, and what I witnessed in that moment was certainly tragic.

I don’t yet know what will come of #GreenShirtGuy, and I am sure my 15 minutes are almost up. I assume I will slide back into obscurity with the rest of the planet. Whatever the future holds, it has been an honor to receive so many kind messages and to know that this silly little moment brought some real joy in a time as chaotic and frightening as this.

All I ask is that through the endless “memeifcation” of #GreenShirtGuy, you remember what started all of this: the work my colleagues at the People’s Defense Initiative are doing around policies which protect and uplift human rights. Sanctuary will make our community safer for everyone, especially the most vulnerable. Laughing at bigotry felt good, but enacting a law to help protect people from this kind of hate will feel even better.